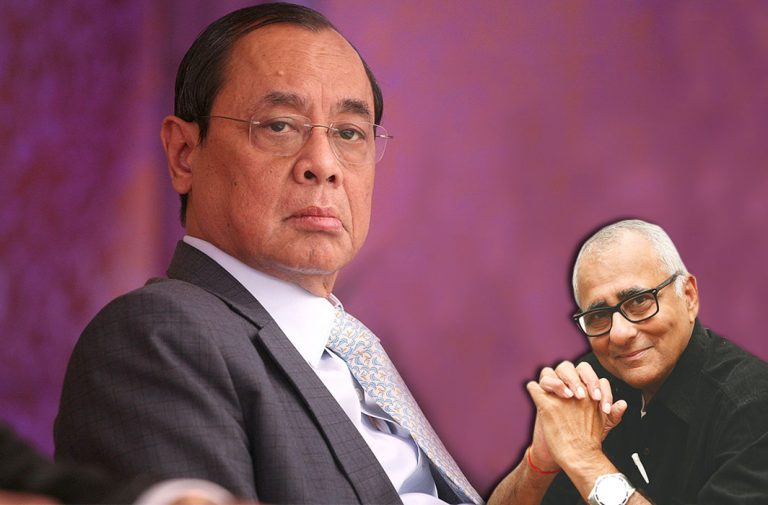 It is not easy to fathom as an outsider whether the recent outburst of indignation by Chief Justice Ranjan Gogoi at the publication of answers to questions posed by the Central Vigilance Commission to exiled CBI Chief Alok Verma was directed at an irresponsible press or at some deep-state vested interests trying to muddle a judicial process.

No matter what the motivation behind the story coming out, there is little doubt that India’s judiciary—with the Supreme Court leading from the front—has for the most part considered the Press the Fourth Pillar of Democracy. And it is for this reason that on January 12, 2018, Justices J Chelameswar, Ranjan Gogoi, MB Lokur and Kurian Joseph had turned to the media as a platform from which to raise a litany of allegations against then Chief Justice of India Dipak Misra.

They had complained that the situation in the top court was “not in order” and many “less than desirable” things had taken place which had put India’s “democracy at stake”. The judges’ rebellion provoked nationwide debate as well as strong criticism from stalwarts like former Chief Justice TS Thakur who called the press conference a “disturbing” event because it afforded the media and politicians an opportunity to discuss matters which “ought to have been addressed and solved within the confines of the Supreme Court”.

The controversy notwithstanding, major decisions taken by the courts over the years have buttressed the Indian Constitution’s emphasis on the free press as a powerful pillar of the edifice of deep-seated civil liberties. Freedom of speech is one of the six fundamental rights conferred to the citizens of India under Part III of the Consti­tution. It is one of the most important aspects in the hierarchy of personal liberties provided under Article 19 to Article 22 of the Indian Constitution.

Article 19(1)(a) states that all citizens shall have the right to freedom of speech and expression. But this right is subject to limitations imposed under Article 19(2) which empowers the State to put “reasonable” restriction on various grounds, namely, security of the State, friendly relations with foreign States, public order, decency and morality, contempt of court, defamation, incitement of offence and integrity and sovereignty of India.

A major judicial decision which emphasised the primacy of free speech embodied in Indian Express Newspapers vs Union of India (1985), reiterated the Court’s language in Harijai Singh AIR 1997 SC 73: “It is, therefore, the primary duty of courts to uphold the freedom of press and invalidate all laws or administrative actions which interfere with it contrary to the constitutional mandate.”

And at a time when India’s institutions seem under organised attack from an insecure and self-serving political establishment, the recent words of Chief Justice Ranjan Gogoi came as a breath of invigorating breeze: “Independent journalists and sometimes noisy judges are democracy’s first line of defence.” In that same speech Justice Gogoi favoured a more pro-active judiciary.

But last week sprang more than a few surprises. When the Supreme Court learned of the Verma deposition before the CVC from the newspapers even before the official report had been handed over in a sealed envelope to the Court, as it had ordered, Justice Gogoi’s reaction in open court was swift and harsh.

Thundered the chief justice: “What is this? We will not hear you today. None of you deserve a hearing.” Senior advocate Fali Nariman, representing Verma, emphasised that stories were on Alok Verma’s responses to questions the CVC put to him. These were not in a sealed cover and were not meant for the Supreme Court. But the Court remained unmoved. It refused to take on record the reason for adjournment of the hearing. “For reasons which the court is not inclined to record”, the hearing was deferred to the end of the month.

The Verma “leak” was not the only matter pertaining to the press that annoyed the chief justice. Almost simultaneously, another story appeared featuring CBI Deputy Inspector General Manish Kumar Sinha who had been probing corruption charges involving CBI special director Rakesh Asthana and who had moved the apex court challenging his transfer to Nagpur. In his plea to the Court, he alleged interference by National Security Adviser (NSA) Ajit Doval.

“The transfer was arbitrary, motivated and mala fide, and was made solely with the purpose and intent to victimise the officer as the investigation revealed cogent evidence against certain powerful persons,” Sinha said. The Supreme Court, however, denied an urgent hearing into this case.

Gogoi expressed further displeasure over this matter also having appeared in the press: “Here is a litigant who mentions it before us and then goes out to distribute the petition to everyone…This court is not a platform for people to come and express whatever they want… This is a place where people come for adjudication of their legal rights. This is not a platform and we will set it right.”

The corridors of the Supreme Court are still abuzz with controversial arguments about why the CVC’s report should have been delivered under sealed cover (were national security secrets involved), and why the “service related matter” regarding the summary removal of Verma without recourse to due process could not have been taken up separately from the charges and counter charges of corruption within the CBI. Nariman may have done his best to control the damage and smoothen the Court’s ruffled feathers, but his inexplicable plea that the editors of the online portal which broke the stories should be hauled up by the Court and made to explain their conduct simply shifted the debate from the real issue. That issue is applicability of the rule of law and administrative propriety of dealing with widespread allegations of corruption within the CBI to that of the freedom of journalists to report and the media to publish.

This is ironical in view of Justice Gogoi’s own demonstrated advocacy of a free and fearless press. Below are excerpts from the stirring speech he made a few months ago at the third Ramnath Goenka Lecture in New Delhi:

In all humility, being an Orwell admirer my­self, I would like to add two bits to Justice Gogoi’s words of wisdom. One of my favourite quotes from Orwell: “If liberty means anything at all, it means the right to tell people what they do not want to hear.”