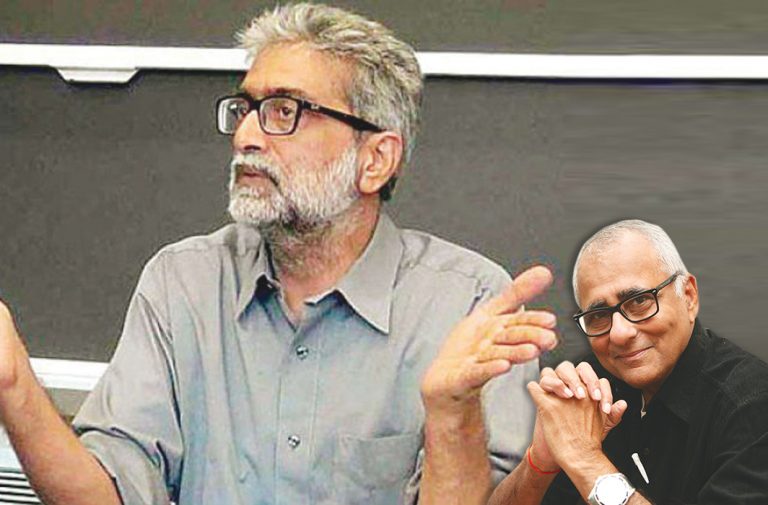 In his inimitable style, Professor Upendra Baxi, the reigning aficionado of the complexities and vicissitudes of jurisprudence, rains down, in this issue, on the phenomenon of Supreme Court judges recusing themselves from hearing sensitive cases. While some others I know would resort to a harangue on this vexatious subject, Baxi’s language is, as ever, courtly and conscientious but it is, nonetheless, a wake-up call to the judiciary.

His commentary comes in the wake of a tidal wave of recusals. As Baxi observes, the “standing down” of as many as five Justices of the Supreme Court who recused themselves in four days from hearing a case “is unprecedented in the annals of the Supreme Court. On September 30, 2019, Chief Justice of India Ranjan Gogoi recused himself and on October 1, 2019, all the three justices—Justices NV Ramana, R Subhash Reddy and BR Gavai—recused themselves from the Gautam Navalakha bail case. (This comment offers no observations at all on the matter which is now sub judice.) A little later, Justice S Ravindra Bhat also recused himself in a bench comprising himself, Justices Arun Mishra and Vineet Saran. Now, the matter is before Justices Arun Mishra and Deepak Gupta. No doubt, the learned Justices may have proceeded for the best of reasons but the public will never know why recusal occurred (as no reasons were given) though this unprecedented conduct causes deep constitutional concern”.

I will quote no more from the professor’s trenchant analysis of this subject, because that would be, as it were, giving away the ending because Baxi’s piece deserves to be read line by line. But I would like to focus, in my layman’s role, on some of the broader aspects and norms of recusals in India and abroad.

In most jurisdictions the ability of a judge to recuse himself is inhibited by the so-called “duty to sit doctrine”. This guiding principle avers that unless a judge is required by law to disqualify himself, he cannot simply choose to recuse (refuse to hear the case) himself, but must remain on the case. Recusals, therefore, must perforce occur in the rarest of rare circumstances such as a judge or a person in his family having a direct or indirect financial or economic interest in the outcome of litigation.

A significant, standard-setting judgment on this sensitive subject was rendered by the Supreme Court of India in P.D. Dinakaran (I) Vs Judges Inquiry Committee & Anr.”, (2011) 8 SCC 380:

“42. A pecuniary (bias) interest, however small it may be, disqualifies a person from acting as a Judge. Other types of bias, however, do not stand on the same footing and the Courts have, from time to time, evolved different rules for deciding whether personal or official bias or bias as to subject matter or judicial obstinacy would vitiate the ultimate action/order/decision.”

In the United States, specific codes of conduct control judges’ functioning in order to ensure that their impartiality as well as the neutrality of the institution are preserved. These same codes, including recusal based on pecuniary conflict of interest, however, do not apply to US Supreme Court judges. They do, however, voluntarily recuse themselves from time to time. Most involve instances where they have been involved in cases before they came to the Supreme Court.

In an article published under the title, “Well, Recuse Me! When a Judge Shouldn’t Hear a Case”, the authoritative American portal Lawyers.com offers a succinct and informative account of situations which may lead to a judge’s recusal or disqualification.

In the vast majority of cases, writes Neil Goodman in this commentary, the issue of the judge’s fairness and impartiality never comes up. “There are instances, however, when one of the parties in a civil case has reason to believe that the judge cannot be fair and impartial. Sometimes the judge recognizes his or her own inability to maintain partial.

In those situations, the judge will either recuse himself or the litigant will move to have the judge disqualified from presiding over the case.”

Here is a summary, taken directly from the portal, of some of the circumstances that may lead to a judge’s recusal or disqualification:

The writer cautions that recusal and disqualification of judges is a sensitive subject, “since it draws into question the fitness of a judge to carry out the fundamental role of his or her position—the fair and impartial resolution of judicial proceedings. So, the decision to file a motion seeking disqualification should be made only after careful consideration”.

I am sure Prof Baxi will agree with me that none of the factors for recusal—based on precepts of natural justice—were present in the spate of the recent Indian Supreme Court recusals. Why they occurred is the biggest judicial mystery of this season.