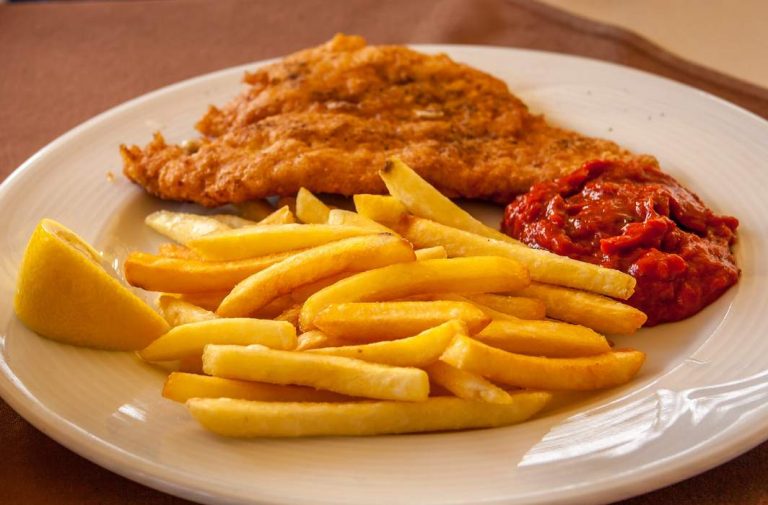 Stomachs may be growling across the country as the economy continues its slow burn but there’s nothing like an election to stir the pot and raise the heat when it comes to rhetoric. With everyone fired up, including those taking shots at protesters, the battle for Delhi has been all fire and grindstone, with bias and bigotry on the front burner. In the midst of all this, food has become the new bone of contention. Here are some samplers on today’s menu.

Biryani: You clearly can’t have your biryani and eat it too, if election campaign rhetoric is to be believed. Biryani was the flavour of the BJP campaign when UP CM, the Yogi no less, declared that his Delhi counterpart Arvind Kejriwal, was feeding biryani to Shaheen Bagh protestors. Kejriwal vowed to make him eat his words and the Election Commission sent Yogi a notice instead of a menu, but the BJP had the last word when one of its ministers in Karnataka, CT Ravi, said that protestors should get “bullets not biryani”. Clearly, the right-wing narrative of terrorist Ajmal Kasab being fed biryani while in custody still has a shelf life.

Poha: How do you identify an illegal immigrant? Not by his clothes as one VVIP said recently, but through his stomach! The CAA will presumably provide some answers about identities but we already have a sure fire way of doing this, courtesy Kailash Vijayvargiya, BJP’s national general secretary. He informs us that anyone eating poha is an illegal immigrant, never mind that poha is a signature breakfast dish and a hugely popular item of street food in his native Indore, as it is across the country. That this humble dish, a mixture of flattened rice flakes and other ingredients, is now on the anti-national menu is difficult to swallow, but to keep the political pot boiling, liberal lashings of spice are essential it appears.

Frozen Foods: It is not meat and right by any constitutional standards, but the prolonged detention of prominent politicians like Farooq and Omar Abdullah and Mehbooba Mufti, now into its seventh month, is literally a case of Frozen Turbulence, as was the title of former J&K governor Jagmohan’s book on the state of Kashmir. It is no longer a state, but everything to do with the Valley seems to have been frozen in time, with no signs of any possible thaw.

Flying Pan: This episode should ideally be put through an air fryer, but high-flying comedian Kunal Kamra found himself grounded when Indigo put him on the no-fly list, and other airlines meekly followed suit. His target, anchored to his seat, was clearly not amused, nor was the aviation minister, who stirred the pot by condemning the mid-air drama. It shows that the ideal condition for any citizen in today’s heated atmosphere is to stay on the no-fry list.

Headless Chicken: A dish that seems to match most tellingly with the Congress party which has been headless since Rahul Gandhi abdicated the throne. His mother takes over in the interim but to many observers, it resembles the proverbial chicken running around in circles with its head missing. The curse of sycophancy hobbles the Grand Old Party, which would suggest that butter chicken would be a more appropriate allegory.

Khichdi: The one dish that the Opposition resembles most closely in terms of taking on the ruling party, in parliament and on the streets. In the east, the Lady roars like a Bengal tiger but elsewhere, various opposition chief ministers are too busy fending off rivals to cook up a coordinated strategy. Sifting through the gruel, AAP’s Arvind Kejriwal has emerged as the only opposition leader capable of fighting fire with fire.

Sugarcoat: The terms used to denote what is being done to ease the pain of an economic slowdown, lack of jobs, employment and other essential ingredients for a healthy recovery. In essence, bread and butter issues. All attempts to revive the elusive animal spirits, including the visible sugarcoating in Nirmala Sitharaman’s budget, have failed to put the lid on the pressure cooker. Stripped off its sugarcoating, the budget was like the proverbial Barmecide Feast where a rich man serves a beggar an imaginary banquet.