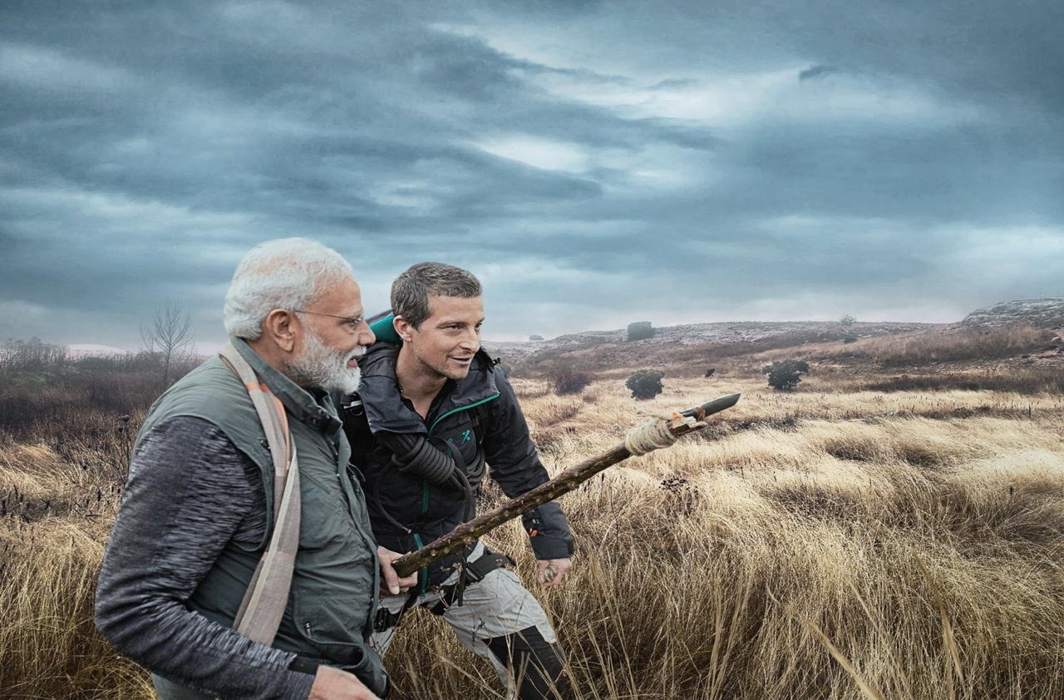 On August 12, Discovery channel will air a special episode of their popular extreme adventure show Man vs Wild featuring the legendary Bear Grylls accompanied by Prime Minister Narendra Modi as they survive in the jungle. Modi knows all about surviving in the political jungle so this was such a breeze that he was inspired to write a poem on his outing in Corbett Park. Here it is.

A trip to the Jungle I am making,

A Bear by my side, that’s risk-taking.

In camouflage kurta and bullet-proof vest

I am intending to pass the bravery test.

Tigers, elephants and crocs are nearby,

But so is an SPG contingent, keeping a wary eye.

In my youth, I have spent fruitful years in the forest

But this episode of Modi in the Wild will be the best.

Building a raft from scratch to get across the river, will definitely add another arrow to my public relations quiver.

I will, of course, put it down to concern for the environment, after all, as Prime Minister of India, I signed the Paris Agreement.

It attempts to address the grave threat posed by climate change,    And also gave me a chance to hug every world leader within range.

This Grylls chap should be laterally inducted into my government

On winning the next election and become three-time Prime Minister.

and voters now know that their PM can survive in the jungle.

Thanks to forest rangers and wildlife experts in Corbett Park,

I made a weapon from scratch to commemorate my visit and to show that I am serious about reviving animal spirits,

in the economy which is strewn with unseen dangers and traps

but I am determined to overcome any unforeseen handicaps

and ensure that achhe din comes to every Indian citizen

my confidence is high now I have breached the lion’s den.

So remember to switch to Discovery channel on 12th of August

To see your beloved leader looking so fit and robust,

Ready for new adventures and battling scorpions and snakes,

Thanks to Bear, I can be PM again without any breaks.