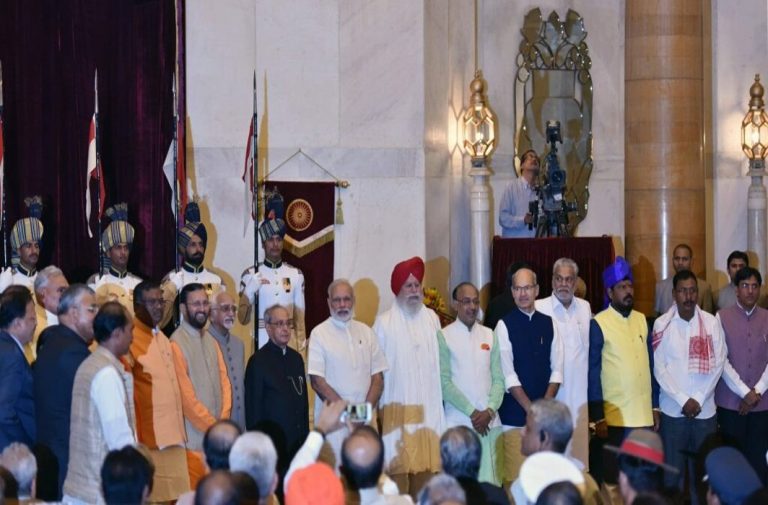 Last week, it was revealed that the British government had decided to appoint a Minister for Prevention of Suicides. It was a first anywhere in the world but apparently it had assumed crisis proportions so a separate ministry was formed to tackle the issue. Taking a leaf from the UK playbook, India desperately needs to expand its cabinet—currently it has 78 members—to an extra jumbo size considering the rash of problems surfacing every day. Here are some suggestions.

Minister for Defending Defence Deals: Considering the huge amount of space being given to the Rafale deal in the media as well as the opposition making it a major weapon in their anti-BJP arsenal, it really needs a full-time minister to handle all questions and answers to the press and the public as to the nuts and bolts of the deal. Leaving it to Nirmala Sitharaman, Sambit Patra and Arun Jaitley or handing over a sealed envelope to the Supreme Court, tends to undermine reliance on official versions. With Rahul Gandhi sharpening his attacks leading up to the elections, a reliant single source to tackle all Rafale-related questions requires a full-time ministry. After all, it was a defence deal, Bofors, which brought down a government—it would be cruel irony if this government were to go before a single Rafale takes to the Indian skies.

Ministry for Utmost Happiness: With apologies to Arundhati Roy, and the kingdom of Bhutan, this government has a lot of reliance on the feel good factor. It’s like that song, Don’t Worry, Be Happy. Again, every minister in their individual capacity takes great pain to assure the populace that things have never been better and are only going to get better, bank balances will swell, prosperity for all is around the corner, and India is poised to become a superpower. Ideally, this fell good message, also unfairly called jumla by discredited opposition leaders, needs a full-time ministry to come up with new utopian visions every day—till May 2019, at least. It’s called the Marie Antoinette ploy—instead of roti, give them chocolate truffle cake. Smriti Irani or Arun Jaitley would be ideal candidates to head the Ministry of Utmost Happiness since they are the masters of Spin. Amit Shah would be perfect, but he has a far more important job, keeping his boss happy to the utmost.

Ministry for Preventing Absconders Fleeing Abroad: Another issue that has embarrassed this government no end, the number of people who have flown the coop, leaving huge bills to be paid with public money. That these are high-profile billionaires with luxury lifestyles and expensive toys and not regular crooks spoils the broth even more. Multiple ministries have the onerous task of sending investigators, diplomats, bankers and debt collectors scurrying to London, New York, Antigua, St Kitts and Hong Kong to follow the money trail, assess assets or present evidence in courts. A single ministry would save duplication of personnel and the expenses involved—more so in times of a plunging rupee. Alternatively, some Non Performing Ministries could be junked in favour of one that stops the bleeding from Non Performing Assets.

Ministry for Countering Rahul Gandhi: Since he is giving the Modi government a political migraine every day, and everyone from the official hierarchy—the PM, Amit Shah and ministers in descending order, spend so much time and energy in countering his attacks, running him down and belittling the family which has given the country three prime ministers, not to mention in-laws and alleged outlaws. One ministry—and again Smriti Irani would be front runner—which would concentrate and coordinate all anti-Rahul propaganda would leave other senior ministers more time to run their own ministries.

Ministry for Silence: This may sound odd but it has nothing to do with the cacophony on the roads and Horn Please requests. Instead, it is meant to silence those who dare to be critical of this government and the party. Over the last four years, it has been variously assigned to the ministry for Information & Broadcasting, Home Ministry which controls police and investigating agencies, Finance which controls the tax department currently conducting raids on Raghav Bahl of the independent news portal Quint, and a few others affiliates which use less subtle methods of enforcing the sign we generally see at libraries—Silence Please.

Ministry for Patriotism: To be headed by Arnab Goswami, currently minister without portfolio, it will focus on instilling a fierce sense of nationalism in all Indians, with special annual events to celebrate surgical strikes, arrests of urban Naxals, lynching of cow-related criminals and other flag-waving, blood boiling measures so that Indians can feel their chests swell with pride—55 inches is the maxi­mum permitted.