A Rift in the Lute? 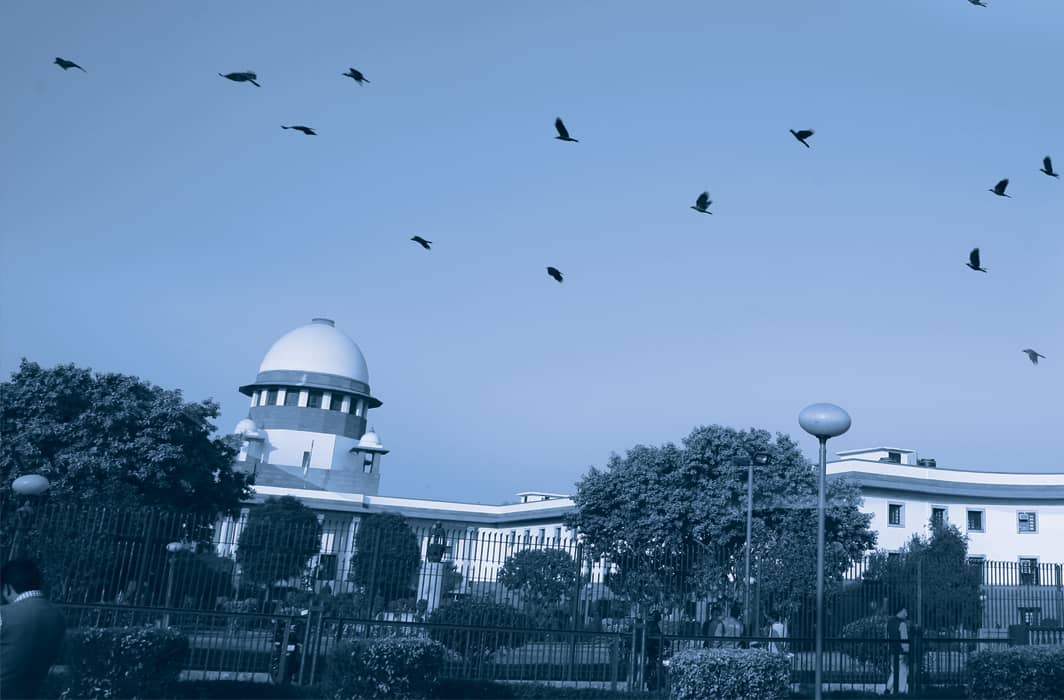 In a split verdict for which elaborate reasons were given, a larger apex court bench will decide whether family courts can hear Muslim women’s maintenance pleas

It is not unusual for a two-judge Supreme Court bench to disagree and refer the matter to the chief justice of India (CJI) for a larger bench. But it is unusual to find an elaborately reasoned discourse for the referral. This is precisely what Justices Banumathi and Indira Banerjee accomplish in Rana Nahid  (June 18, 2020). Both are senior Justices and known for their perspicacious decision-making. And the difference of opinion here was based on the basic issues of jurisdiction and justice. Unlike the spat some time ago between Justices ES Venkataramiah and DA Desai (where the former left the Court in a huff), this was no ego tussle for either of the present Justices.

Banumathi, J. and Indira Banerjee, J. differed on whether family courts had any jurisdiction to convert the application under Section 125 of the CrPC into an application under Section 3 of the 1986 Act for Muslim Women and to decide the same. The difference of opinion did not pertain to the finding of Justice Banumathi that Daniel Latifi (2001) did not “authoritatively decide” the issue of the family court jurisdiction; the issue here was whether a strict rather than purposive interpretation should govern.

Justice Banumathi reasoned, first, that Section 7 of the Family Courts Act, l984, creates a complete code. It endows the family court to “have and exercise all the jurisdiction exercisable by any district court or any subordinate civil court under any law for the time being in force in respect of suits and proceedings of the nature referred to in the Explanation”. And the explanation refers to all suits that are filed relating to  (a) “decree of nullity of marriage…or restitution of conjugal rights or judicial separation or dissolution of marriage”; (b) “…proceeding for a declaration as to the validity of a marriage or as to the matrimonial status of any person”;(c) “with respect to the property of the parties or of either of them”; (d) “for an order or injunction in circumstances arising out of a marital relationship”; (e) “a declaration as to the legitimacy of any person”; (f) “a suit or proceeding for maintenance”.

Justice Banerjee was unable to agree with this approach. First, she was convinced because explanation (f) is a complete answer to any argument urging that matters of maintenance are not within the jurisdiction of the family court. To reiterate, that clause specifically refers to “any suit or proceeding for maintenance, which would include an application under Section 3 of the 1986 Act for Muslim Women”.

Second, it is also true that Justice Banerjee holds that the “…Family Courts Act is a secular statute, which applies to matters contemplated therein, irrespective of the religion of the litigating parties”. To exclude jurisdiction on the ground of religion is thus an anathema to the Act.

Third, dwelling on the distinctive features of family courts (paras 11-28), she finds that “it was never the intention of the 1986 Act to deprive divorced Muslim Women from the litigant friendly procedures of the Family Courts Act and denude Family Courts of jurisdiction to decide applications for maintenance of divorced Muslim women” (emphases added).

Fourth, quoting Lord Denning [in Seaford Court Estates Ltd (1949)], that a “judge must not alter the material of which the act is woven, but he can and should iron out the creases”, Justice Banerjee is able to say that in appropriate cases “in discharging its interpretative function, the court can even correct obvious drafting errors”. But she is quick to add: “Of course in this case, this Court has not added, omitted or substituted anything”. Rather, it “has only given a purposive interpretation to the expression Subordinate Civil Court in Section 7 of the Family Courts Act to include the Court of a Magistrate empowered to entertain proceedings for maintenance under the1986 Act for Muslim Women, which are in essence and substance, civil proceedings”. Incidentally, it must be noted that the provision penalising non-compliance with maintenance does not transform an essentially civil law into a criminal one.

On a standard reading of the referral decision, no further comment is necessary. Nor does the CJI need to make history in arriving at any decision by listening to any professorial advice! But by its own general jurisprudence, the decision to constitute a larger bench must not be taken “mechanically and without due care”, a standard the apex court has painstakingly but routinely affirmed in developing Indian administrative law.

This reference raises an interesting constitutional conundrum. Does the CJI have a constitutional obligation to comply with it, or does there exist any discretion to refer the matter back to the bench for the reasons given? One of the central reasons would be the right to “speedy trial and right of access to justice” as a fundamental right, which the apex court has invented and reiterated. Another reason (though it may rarely arise) is when the referring bench’s reasons are constitutionally infirm. I do not deny (who can?) the importance of judicial discourse on jurisdiction raised in Rana Nahid but a suspicion lingers at the threshold: Was Justice Banumathi’s decision per incuriam? Did she not ignore the statutory imperative of explanation (f) of Section 7 of the Family Courts Act?

Narrowly, and strictly, the indictment of per incuriam can best be laid on a demonstration of judicial inadvertence to a binding law. And the better view is that a marked difference between the two justices on approaches to constitutional interpretation does not attract this indictment (as Dr Puneeth Puttiah of the JNU also tells me in a personal communication). This advice would also militate against any reading of Justice Banerjee’s discourse as suggestive of such an indictment.

No doubt, Justice Banumathi’s policy advice for legislative drafting is precious: do not confer jurisdiction by implication, do so quite explicitly.  But stressing its importance does not displace a statutory imperative. Further, there is no judicial bar to read an implicit indictment, when appropriate and necessary. This is exactly what Justice Indira Banerjee did. Is “ironing the creases”, especially in the service of basic human rights enunciations declaring women’s rights as human rights, impermissible at the bar of constitutional law or common law?

Further, there is nothing to prevent the CJI from seeking the advice of the collegium on the practice of referral to a larger bench as an important matter of constitutional justice and also of good practices in the administration of justice in an arrears-ridden appellate system.  Should the CJI insist that judicial duty to decide cases or that referrals to a larger bench should be made only in the “rarest of rare situations?”

Finally, it is constitutionally perplexing that the judicial discourse here seems to foreground a delay of nine years in hearing as normal; the bench seems not concerned with the fate of appellant 2, a woman who was denied enhancement of child maintenance by the Rajasthan High Court. And no one seems concerned with further delays which will have to occur by this reference! Not only does the first appellant wife remain liable to any revision of the maintenance award of Rs 1 lakh, but appellant No 2 must await enhancement of the minimum support amount of Rs 2,000 per month, limited, however, till the child’s attainment of puberty.

Are women’s or child rights and human justice thus secured till the apex judicial oracle speaks after some more years? Why?