A Robust Temple of Democracy 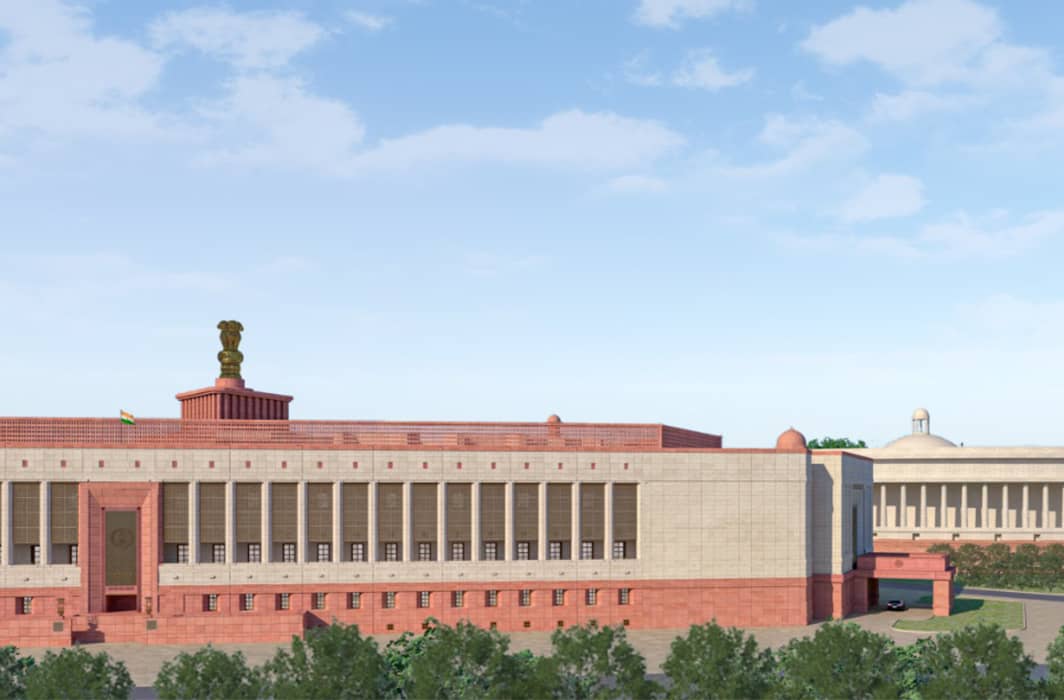 The concluding article of a two-part series on the Project stresses the need for huge infrastructure plans to boost the economy after a calamity. With the integration of technology and design, national heritage too will be highlighted.

On July 3, 2020, it was reported that the Central Public Works Department had invited pre-qualification bids to shortlist companies which would compete for construction of the Central Vista Redevelopment Project. As per the bid document, the successful bidder will have to complete the project within 21 months. The government plans to hold the monsoon session of Parliament in 2022 in the new Parliament building as part of the celebrations to mark the 75th anniversary of India’s independence.

Earlier, however, some former senior officials had appealed for deferment of the proposed redevelopment and construction of a new Parliament complex. It was argued that in the post Covid-19 scenario, enormous funds would be required for strengthening the public health system, rebuilding the economy and providing sustenance to the disadvantaged.  To push the redevelopment project in such a situation amounted to “Nero fiddling while Rome burns,” they said.

On the contrary, in view of Covid-19, it is important to take steps to revive the economy and infrastructure projects like the Parliament building can become the backbone of such an endeavour while creating large-scale employment opportunities. There are several examples to prove that infrastructure projects play a key role in the revival of an economy after a calamity.

After World War II, Japan built Tokyo Tower as the world’s tallest freestanding tower then. In the US, the “New Deal” included a series of public work projects to respond to needs for relief, reform and recovery from the Great Depression of the 1930s. Similarly, in the 1990s, South Korea partnered with private companies in major infrastructure projects such as constructing the Korean sections of the Great Asian Highway to revive the economy.

Taking care of the disadvantaged is, no doubt, among the foremost responsibilities of a welfare state, Covid-19 notwithstanding. However, that should not prevent the State from addressing the cause of nation-building, especially if some convergence between the two can be forged. An amount of Rs 20,000 crore, allegedly budgeted for the Central Vista Project, would just add a nice top- up to the comprehensive Rs 20,00,000 crore Atma Nirbhar Bharat package announced by the government. As far as Nero is concerned, he would have perhaps not earned the opprobrium if he had devoted his time and resources to redevelopment of Rome. Rome, after all, was not built in a day.

Several other doubts and apprehensions have been expressed regarding taking up of the Central Vista Redevelopment Project, including the new Parliament building. Concerns about violation of the DDA Master Plan of Delhi, 2021 have been expressed. The Master Plan proposes that new offices should not be added to Delhi region.  However, the present Central Vista Project aims to consolidate and infuse synergy among all ministries and departments of the government. This will lead to reduction of vehicular movement bet­ween offices as all of them will be housed in a single location. The provision of public transit as the main mode of access to the government offices is integral to the Project. This will lead to decongestion of the area and consequent reduction in air pollution.

The change of land use was sanctioned after public consultation. In the present Master Plan, Plot No 118 is shown as a district park. However, it was never used as such and has not been open to the public since 1976. It is at present part of the Parliament House complex and comprises reception, parking and service infrastructure such as electric substation and air conditioning plants. After the attack on Parliament in 2001, the vulnerability of the entire complex was considered afresh and the overall security was made more stringent. It is, therefore, entirely beyond the reach of the general public as it is.

As regards preserving the sanctity of green spaces, all existing trees on site have been surveyed, mapped and catalogued to build an information database on the size, species, health and age of trees. A comprehensive strategy has been prepared for plantation and landscape rejuvenation, including planting of additional trees wherever they are found missing in the existing rows. Many trees that are at the end of their lifecycle will be replaced with younger ones of the same species in order to maintain the pristine character of the Central Vista. Trees that need to be replanted will be relocated to a temporary holding nursery and, post- construction, replanted in the Central Vista area.

In order to increase public spaces, a publicly accessible 50-acre biodiversity arboretum to showcase endangered plant species of India is proposed in a section of the vast Presidential Estate. North and South Blocks are proposed to be developed into public museums to celebrate India’s rich history. This will add approximately 75 acres of new fully accessible area to the public.

According to Indian tradition and culture, ablution and prayers are offered not only to the rising Sun but also the setting Sun. Let us, therefore, spare a thought for the Parliament building that is going to be left behind. As we have observed, retrofitting is not the way forward; it is not a respectful treatment of the venerable structure which has gone through several intrusions and byepasses in the course of its long life. Like North and South Blocks, it needs to be treated with respect and assigned lighter duties to ensure its wholesome survival.

India is not only the largest democracy in the world, but also has a long and chequered history of democratic institutions, traditions and practices. In the 21st century, it is also on its way to claiming its rightful place as the vishwa guru (World Thought Leader) in the comity of nations.

Since 1976, the Lok Sabha Secretariat has been conducting a variety of training programmes under the aegis of the Bureau of Parliamentary Studies and Training. Apart from orientation of Members of Parliament and state legislatures, a host of training programmes for officials of national as well as international parliaments, legislatures and governments, along with various lecture series, are being organised. It will be considered whether this activity could shift to the existing Parliament building after restoration and suitable modification. Various inscriptions, paintings, statues and portraits could be integrated with the orientation and training programmes in order to provide the participants a walk through the rich history of Indian democratic traditions, practices and personalities. To support this initiative, a multi-media centre could also perhaps be accommodated in that building.

The new Parliament facility will make the temple of our democracy more robust, dynamic, and prudent. This will project the confidence India has in its future as an emerging international principal. With the integration of technology in its design and construction, the new Parliament building will occupy pride of place in the national heritage. During the celebration of 75 years of India’s independence, the cultural diversity of the country through various forms of arts, crafts, and architecture will be shown. It will thus stand out as a symbol of national pride and inspire citizens.

Did you find apk for android? You can find new Free Android Games and apps.
Share
Facebook
Twitter
Pinterest
WhatsApp
Previous articleRajasthan HC worried about dying birds at Sambhar Lake
Next articleRights Of Consumer And The Redressal System