Abortion Rights for All 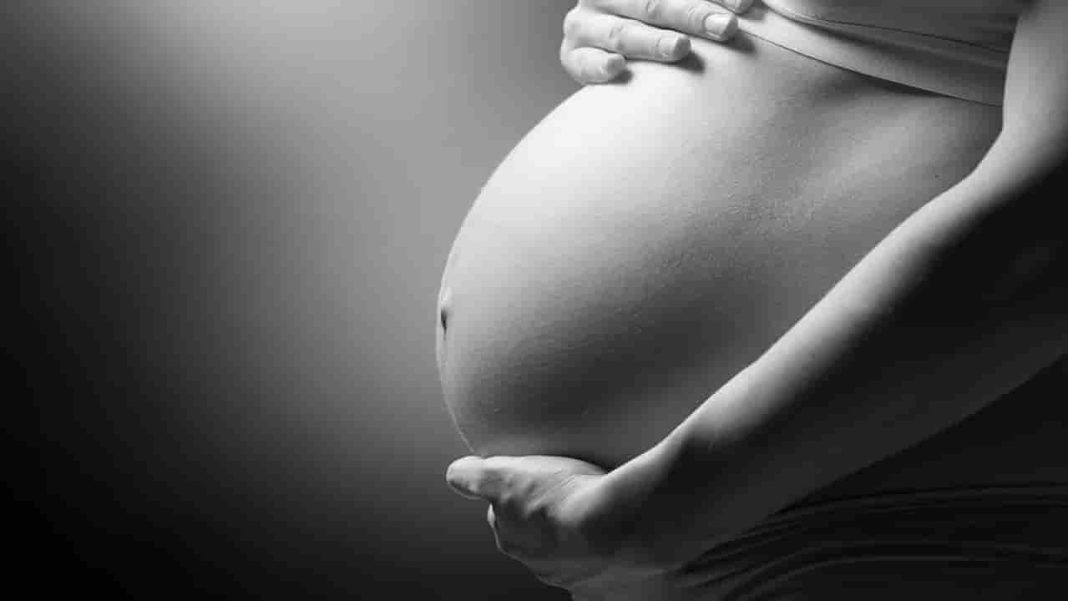 An unmarried woman recently received the same treatment as a married one vis-a-vis her bodily right to abort. This is indeed a welcome move by the Supreme Court.

In the case X versus The Principal Secretary Health and Family Welfare Department & Anr (sc 2022), Justices DY Chandrachud, Surya Kant and AS Bopanna recognised that under Article 21 of the Constitution, a woman’s right to reproductive choice is an inseparable part of her personal liberty. She has a sacrosanct right to bodily integrity. In recognising the right, the legislature has not intended to make a distinction between a married and unmarried woman in her ability to make a decision on whether or not to bear the child.

The petitioner was from Manipur and residing in Delhi. She was in a consensual relationship when she learnt that she was pregnant. An ultrasound revealed a term of 22 weeks. The petitioner decided to terminate the pregnancy as her relationship had failed. She was the eldest of five siblings and her parents were agriculturists. The petitioner stated that in the absence of a source of livelihood, she would be unable to raise and nurture a child. She moved a writ petition before the High Court of Delhi, which was denied by strict interpretation of the statute.

However the Supreme Court later reasoned: Denying an unmarried woman the right to a safe abortion violates her personal autonomy and freedom. In S Khusboo vs Kanniammal (2010), the Court had observed: “While there can be no doubt that in India, marriage is an important social institution, we must also keep our minds open to the fact that there are certain individuals or groups who do not hold the same view. To be sure, there are some indigenous groups within our country wherein sexual relations outside the marital setting are accepted as a normal occurrence. Even in the societal mainstream, there are a significant number of people who see nothing wrong in engaging in premarital sex. Notions of social morality are inherently subjective and the criminal law cannot be used as a means to unduly interfere with the domain of personal autonomy. Morality and criminality are not co-extensive.” The Supreme Court in the present case permitted AIIMS doctors to check the safety aspect and to carry out the abortion on the petitioner.

The question is why, was this an issue at all? And what other differences are there between the two distinct groups—the married and the unmarried? The topic is vast, so we will focus on a few key areas: abortion rights, right to marry and property rights.

Regarding abortion, the Medical Termination of Pregnancy Rules 2021 allows unmarried women to abort up to 20 weeks, whilst permitting certain categories 24 weeks. Justice Chandrachud in the above case even noted that the Act in 2021 had substituted the term “husband” with “partner”, thereby showing that the law covered unmarried women.

Incidentally, amendments to The Medical Termination of Pregnancy Act, 1971, increased the permissible time limit for abortion for only certain categories: minors, rape victims, women with change in marital status during pregnancy (widowhood and divorce), foetal anomalies, women with physical disabilities and those with mental illness/retardation.

While the law remains as detailed here, the fact that the apex court has chosen to include unmarried women in this list is a welcome sign and hopefully, this will lead to further amendments.

Moving to the right to marry, every adult over the age of 18 has the right to make a decision about who he or she would like to be with. At present, to marry, a woman has to be 18 or above, and a man, 21. There is a Bill though seeking to raise the age of consent for women as well to 21, increasing paren­tal control by three years.

The case of Lata Singh vs State Of U.P. & Another on July 7, 2006, in the Supreme Court reiterated the principle of party autonomy when it comes to marriage or living together. In this case, Justice Markandey Katju while hearing that the petitioner’s brothers had beaten up and threatened her husband’s family had this to say: “This case reveals a shocking state of affairs. There is no dispute that the petitioner is a major and was at all relevant times a major. Hence she is free to marry anyone she likes or live with anyone she likes. There is no bar to an inter-caste marriage under the Hindu Marriage Act or any other law. Hence, we cannot see what offence was committed by the petitioner, her husband or her husband’s relatives.”

Justice Katju went on to reiterate that India is a “free and democratic country, and once a person becomes a major he or she can marry whosoever he/she likes. If the parents of the boy or girl do not approve of such inter-caste or inter-religious marriage the maximum they can do is that they can cut off social relations with the son or the daughter, but they cannot give threats or commit or instigate acts of violence and cannot harass the person who undergoes such inter-caste or inter-religious marriage”. He spoke about honour killings and rightly opined that there is nothing honourable in such killings and, in fact, they were barbaric and shameful acts of murder.

However, unmarried persons can no longer marry outside their religion in four states: Uttar Pradesh, Himachal Pradesh, Uttarakhand and Madhya Pradesh. All of them recently enacted anti-conversion laws that include provisions that prevent “conversions” only for the purpose of marriage. In the media they have been commonly referred to as “love jihad” laws. These new laws stipulate that anyone wishing to convert must seek approval from the district authorities, giving the state a direct power over the citizens’ right to love and choose a spouse. Should a couple flout them, there is a jail term of up to 10 years and the offences are non-bailable. Other states are drafting similar laws.

Coming to property rights of married couples versus unmarried, while the former is relatively secure when they part ways with 50% of assets being split, and the woman getting priority over child custody, unmarried couples continue to face a more arduous route.

The Prevention of Domestic Violence Act, 2005 (PDV Act, 2005) defines domestic relationship as “a relationship between two persons who live or have lived together, at any point of time, in a shared  household, when they are related by consanguinity, marriage, or through a relationship in the nature of marriage, adoption  or are family members living together as a joint family”. A woman in a live-in relationship is, in theory, protected and can claim maintenance.

Recently, in the Supreme Court Criminal appeal case of Lalita Toppo vs State of Jharkhand, 2018, the order plainly stated that “under the provisions of the DVC Act, 2005 the victim i.e. estranged wife or live-in-partner would be entitled to more relief than what is contemplated under Section 125 of the Code of Criminal Procedure, 1973, namely, to a shared household also”.

In criminal revision of Ajay Bhardwaj vs Jyotsna and others, Justice Jaishree Thakur made a clear distinction between relationships in the nature of marriage, and those which are simply pleasure without ever being akin to marriage. “…whether the respondent No.1 would be entitled to maintenance under Section 125 Cr.P.C. on account of live in relationship, not being a wife. There is no valid marriage between the parties as on the date the petition was preferred. There can be no dispute about the fact that the children being born out of this relationship would be entitled to receive maintenance.”

Relying on the case of Indra Sarma vs V.K.V. Sarma (2013), Ajay Bhardwaj’s contention was that until and unless there is a valid marriage, maintenance under Section 125 CrPC cannot be maintained. Rejecting this contention, the Court explained that in the Indra Sarma case, the appellant was fully aware that the respondent was a married person with a wife and children and, therefore, was a party to bigamy, and they never entertained any intention to rear children. Hence, this was not in the nature of a marriage, and there was no any relief under the DV Act.

In the Bhardwaj case however, the parties resided together in a live-in relationship for some years and two children were born. The petitioner’s divorce decree came through during the course of this relationship, but he refused to marry her claiming he was already married. The differences led to this petition under Section 125 CrPC, and the woman claiming maintenance for herself and her two minor children.

The Court went on to opine that as twins were born out of this relationship, there was some indication that the couple had intended some permanence and that can entitle the woman to claim interim maintenance, based on the evidence added. The Court then went on to reduce the amount of maintenance awarded and to consider the maternal home as a roof over her head and Rs 40 lakh from a previous divorce settlement. One wonders what bearing any of this has on her rights vis-a-vis the relationship at hand. Nevertheless, it does prove that a person in a live-in relationship in the nature of marriage is entitled to maintenance.

The offspring of a live-in relationship too is protected under statutes. Section 125 of the CrPC provides for maintenance of “his legitimate or illegitimate minor child, whether married or not”.

Overall, India is taking tentative steps forward by allowing an unmarried woman the right to choose her destiny by carrying out a necessary abortion. In the words of the Greek philosopher, Heraclitus of Ephesus: “The only constant in life is change.”

—The writer is a barrister-at-law, Honourable Society of Lincoln’s Inn, UK, and a leading advocate in Chennai. With research inputs by Jumanah Kader

Did you find apk for android? You can find new Free Android Games and apps.
Share
Facebook
Twitter
Pinterest
WhatsApp
Previous articleSupreme Court quashes plea by Major General against jail term ordered by Secunderabad court in land dispute
Next articleRegulation, the Name of the Game