An Idea Whose Time Has Come? 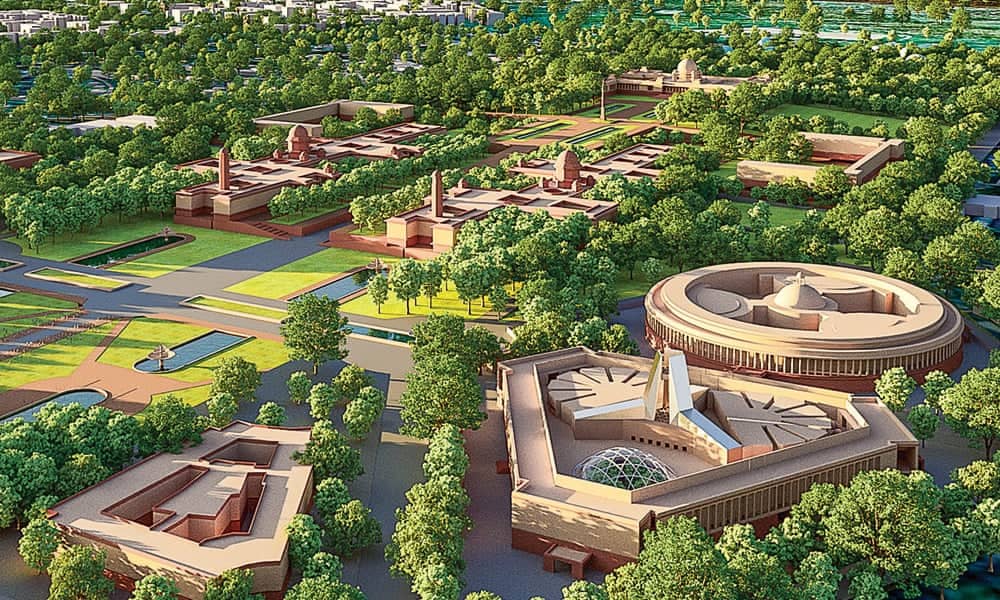 With the Supreme Court refusing to stay work on the new Parliament building, the antiquated House is expected to be elevated to a composite Parliament Complex which will be modern, efficient and quake-resistant.

“This lofty emerald like building bears the inscription in gold, Nothing shall last except the good deeds of the bountiful.” —An inscription in Parliament House

On June 19, 2020, the Supreme Court refused to stay work for the construction of a new Parliament building as part of its Rs 20,000-crore Central Vista Redevelopment Plan. The petitioners had primarily challenged a notification by the ministry of housing and urban affairs on March 20, authorising the change in land use in order to enable construction of a new Parliament building within its current premises.

At various points in my career as a civil servant, I spent a lot of time in the Central Vista—the central government offices lined up along Rajpath. Of this, more than seven years were in Parliament House during two tenures.

During my first tenure as secretary, parliamentary affairs ministry, I was dumb-struck by the conditions in which several lower-level officers and staff members were accommodated on the second floor of the main building. It was much worse than some of the other buildings I had worked in. The total ambience looked somewhat vandalised on account of various ad hoc additions and so-called improvements made to the structure within.

During my second stint as secretary-general, Rajya Sabha, I saw much more. I was witness to the debris in the room of the then petroleum minister, Murli Deora, in 2009, after bricks and concrete chunks from the ceiling came crashing down. Three years later, a fire in the first-floor kitchen brought into focus the issue of fire safety in the building. There were times when sittings of the Rajya Sabha had to be adjourned because of gas leakage and other accidents.

The construction of a new Parliament building, therefore, is an idea whose time has come, and not too soon. The Parliament House, as it stands today, was designed by famous architects Sir Edwin Lutyens and Sir Herbert Baker. Its foundation was laid on February 12, 1921.

The construction of the building took almost six years and the inauguration took place on January 18, 1927, by Governor-General of India Lord Irwin. Over the last 93 years, the building has suffered great wear and tear and has been showing unmistakable signs of distress.

The Lok Sabha and the Rajya Sabha are packed to capacity and have no seats to accommodate additional members, in case the number of members of the two Houses which was fixed on the basis of India’s population in 1971 is sought to be increased after a fresh constituency delimitation exercise. The seating capacity of the Central Hall is not enough to accommodate all the members of the two Houses during joint sittings. There is no accommodation for MPs to conduct their business and meet the visitors.

The building is, understandably, technologically challenged. Built before the era of air-conditioners, computers and audio-visual revolution, the retrofitted facilities for them are not only inadequate and inefficient, but also antiquated. There are no desks in the chambers, beyond the first two rows, for Members to keep papers. The electrical and plumbing systems are also out of date and costly to maintain. The acoustics of the chambers and the Central Hall leave much to be desired. There is an ongoing threat of fire-related incidents and fire safety has not been certified.

The building also cannot be certified for earthquake resistance without carrying out extensive intrusive tests, which could be damaging to the structures. Delhi was in Seismic Zone II at the time of the construction of Parliament. It is now in Zone-IV as per the current IS-1893, and based on recent instances (six tremors during the lockdown period alone) of high seismic activity, it is being considered for Zone V.

This would mean that there are possibilities of earthquakes of the highest intensity. The arrangements for emergency evacuation are extremely inadequate and security arrangements, obtrusive. The proposal for another Parliament building is not new. It has been under various stages of consideration and consultation for over 15 years. The need for a new building was voiced by several Speakers of the Lok Sabha, namely Somnath Chatterjee, Meira Kumar, Sumitra Mahajan and Om Birla.

The new Parliament building is planned to be built on Plot No. 118, which is around 9.5 acres and located adjacent to the existing building. Both these buildings, along with the Annexe, can constitute a composite Parliament Complex for efficient and smooth management of parliamentary business and allied services.

The Complex will stand out as an iconic and modern Indian edifice of democracy. It will be a triangular-shaped building, symbolising the Trinity in Indian culture. It will have a façade with red sand­stone and Dholpur stone to merge seamlessly with Lutyens’ Delhi.

The new building is designed not only to take care of all the problems and inadequacies listed above, but also to create new facilities for the future. It will have two separate Houses for the Lok Sabha and the Rajya Sabha with a provision for the use of the Lower House for the joint sittings of Parliament. The seating capacity of the Lok Sabha will be up to 876 from 552 and the Rajya Sabha from 250 to 400. For a joint session (in the Lok Sabha Chamber) up to 1,224 Members could be accommodated.

The new Parliament building will be modern, state-of-the-art and energy efficient. With a “green” rating, it will be accessible to all, including differently abled persons. All MPs will have desks in front of them, which could be put to different uses. The movement of any Member will not hinder other Members as there will be adequate space at the back of the benches. The chambers of both Houses will be modernised to have high-quality acoustics and audio-visual facilities. A central courtyard, along with an adjoining cafeteria, will function as the MPs’ Lounge and provide an open meeting place for them.

The new Parliament building has been designed keeping the highest structural safety standards to adhere to Seismic Zone V requirements. The building will have added capacity of 336 seats in public galleries of each House for those wanting to witness parliamentary debates and proceedings. It will have an added capacity for handling me­dia engagements, including more press rooms and media galleries for press con­ferences and interviews. It will be a new bottle for the seasoned old wine.

—This is Part I of the story. Part II will follow next week. The writer is a former Secretary-General, Rajya Sabha, and a retired IAS officer of the AP cadre