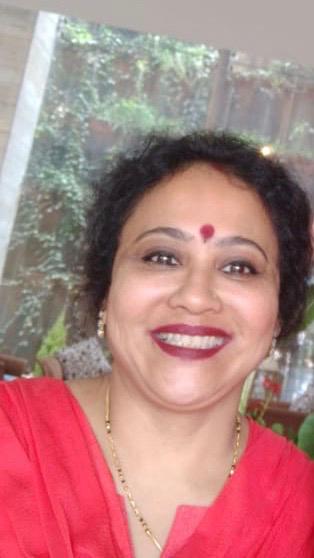 James Fitzjames Stephen, an Eminent Jurist, who was concerned with the drafting of the Indian Penal Code, 1860 was of the view that:

“No other punishment deters man so effectually from committing crimes as the punishment of death. This is one of those propositions which is difficult to prove simply because they are in themselves more obvious than any proof can make them. In any secondary punishment, however terrible, there is hope, but death is death, its terrors cannot be described more forcibly.”

The concept of capital punishment is a form and part of the “Punitive or Retributive Theory of Crime”. Over the centuries the kinds of capital punishment have narrowed down and limited itself to humane techniques of extermination as opposed to a catalogue of hoary practices of torture, public executions, inert gas asphyxiation, flaying, beheading, slow dismemberment of the human body etc. The human collective has endlessly endeavored to evolve more painless and sophisticated methods of extinguishing human life as punishment for performance of acts, which shock the conscience to a disquieting void.

Some countries have outlawed the death penalty citing it as a cruel and inhuman form of punishment. The core idea behind eliminating death as a form of punishment is the utilitarian theory, the utilitarians view punishment as a means to achieve certain ends with the aid of criminal law. According to them, Punishment should serve as a vehicle for reducing crimes either by deterring the offenders from committing such acts in the future or it should prevent the commission of offences by incapacitation. The famed German intellectual thinker & philosopher Immanuel Kant had opposed the theory of utilitarianism and creating a forceful representation for the retributive school of justice. He opined:

Legislative Framework and prescription of Death Penalty as Punishment

India has though not abolished the death penalty, it has substantially reduced its invocation by applying the ‘rarest of rare’[1] doctrine.  Moreover,  a dozen of offences in the Indian Penal Code prescribe death penalty as a punishment, these are namely:

It is creditable to the Parliament & the Supreme Court that numerous safeguards against the imposition of death penalty exist in our law books. One such bulwark is the judicial discretion in awarding punishment, which is granted to them by law makers. Each of the aforementioned offences do not mandatorily impose the death penalty as the only form of punishment, there always is another option open to judges namely, to grant life imprisonment for an offence which prescribes death penalty as one of the modes of punishment. The judicial discretion has through decades evoked a platter of feelings germinating from personal ideologies. To some, the death penalty is anathema to a civilized society whereas to the others it is a severe form of denunciation, which is applicable in gruesome cases which jolt the morality of society.

Until 1983 Section 303 of the IPC (Repealed by the Apex Court) which prescribed that if a person already serving a sentence of life imprisonment commits murder then such person should be awarded the death penalty. The then Chief Justice of India Y.V. Chandrachud in Mithu v. State of Punjab[2] declared Section 303 of the Penal Code as unconstitutional as it violated tenets of Article 14 and Article 21 of the Constitution of India. In the judgment C. J. Chandrachud made distinctions as to what differences existed in the provisions imposing death penalty and how Section 303 IPC was rigid in its application, rendering other procedural safeguards under the CrPC as a dead letter.

“ …for us law ceases to have relevance when it compels the dispensers of justice to deliver blind verdicts by decreeing that no matter what the circumstances of the crime, the criminal shall be hanged by the neck until he is dead.”

A seminal case in the history of our Supreme Court has been Machi Singh & Ors. v. State of Punjab[3], the case paved the way for it brought more clarity to Judges in the subordinate judiciary as to the applicability of corporeal punishment- it prescribed factors for that a Court would take into consideration in awarding a death sentence, namely:

The abovementioned parameters were restated and exhorted in the case of Sushil Murmu v. State of Jharkhand[4], the facts of the case were rather disturbing, the accused herein was charged with murder, the victim was an nine year old girl who was beheaded for the appeasement of Goddess Kali, her head was wrapped into a gunny sack and thrown into a pond.

Cases, which demonstrate the recesses of human wickedness, exist in plenitude and advocate a stronger case for the retention of the death penalty, however, there is also considerable vocal remonstration against the use of death penalty terming it as cruel, undignified and retributive. More recently, in October 2019, the Supreme Court speaking through a three-judge bench headed by Justice Nariman upheld (2:1)[5] the death penalty awarded to an accused who had sexually assaulted a two- year old after kidnapping her, the assault on the voiceless infant had continued even after the life had departed from her body. The dissenting judge modified the sentence from death to life imprisonment until natural death. Another case where Justice Nariman headed a three- judge bench dismissed (2:1) the review petition of the accused for awarding lesser punishment, in a well-reasoned judgment[6] authored by Justice Surya Kant, his lordships upheld the death penalty of the accused (a school bus driver) for kidnapping a brother and sister duo and committing atrocities with both minors and then attempting to poison the children and throwing them into a canal.

The Law Commission Report of 2015 headed by Justice A.P. Shah had proposed that death penalty be outlawed save the cases of terrorism and offence of waging war against India. Whilst the report is indeed meticulous and presses in no less unequivocal terms for the abolition of corporal punishment our institutions must in fact reflect whether our society has reached the maturity that no matter how dastardly the act that society collectively will not demand condemnation to death of an accused. Over 75% of the countries in the world have abolished the death penalty and supplanted it with imprisonment for life (until natural death). The United Nations as long ago in 1962 called on the sovereign nations of the world to abolish the death penalty, since then the world has witnessed governmental regimes evolve new and higher standards of human morality.

A tendency even amongst the greatest of judges while condemning a dreadful act of a person to death is clouded by an ethical dilemma- this is often rife with the karmic cycle of life and whether the individual inside the judge would want to take the responsibility to end the life of another human being notwithstanding to the degree of animal instinct the accused may have given way to. Furthermore, the awarding of death penalty is absolutely subjective on the persona, ideology and primary environment of the judge.

The degree of repulsion and shock impregnated by a ghastly act varies from judge to judge and hence it becomes difficult to distinguish for the judges whether a case falls under the rarest of rare category. Before a Judge concludes that he does not have the right to take the life of an accused as he is not God, let the judge remember the accused also did not have the right to take another person’s life in the most horrific and brutal way. The Hyderabad rape incident reflects the mindset of the public who believe in instant justice and the public at large echoed a sense of relief and joy when all the accused were killed in a police encounter.  The more recent killing of Vikas Dubey a dreaded criminal in a police encounter, reflected the general view of the public where people felt that society was better off with an accused dead as they know that the accused exhausts every remedy in the rule book to evade the noose. Public faith in the long trials is dwindling, they are unhappy as it continues for decades and want instant justice which is not a good trend.

“Death Penalty’ in rarest of rare cases, should adorn criminal justice system in India, which would operate as a deterrent mechanism. Abrogation of capital punishment and it’s obliteration from the law, would be a great folly. In the human rights perspective, concretizing the human rights of the criminal (perpetrator of a particular offence attracting Capital punishment) by negating Human Rights of the victim is again a murder of justice.”

The Death Penalty, personally to me, is needed in an unruly country such as ours which is more prone to the scourges of our society. The mode of executing the death is a debatable subject, hanging by death is universally regarded as cruel since there is an element of resistance and suffering in the process. Like the USA, our country should march forward and replace this outdated mode of awarding death with a subtler & sophisticated way of administering a lethal injection which instantly leads to death. This in fact would be a step forward by reducing rather than eliminating any pain that may be caused if the person was hanged.