Just over a fortnight after it declared as “illegal” the extraction of groundwater by 2,069 industries, the Central Ground Water Authority has granted relief to them. This has created a furore 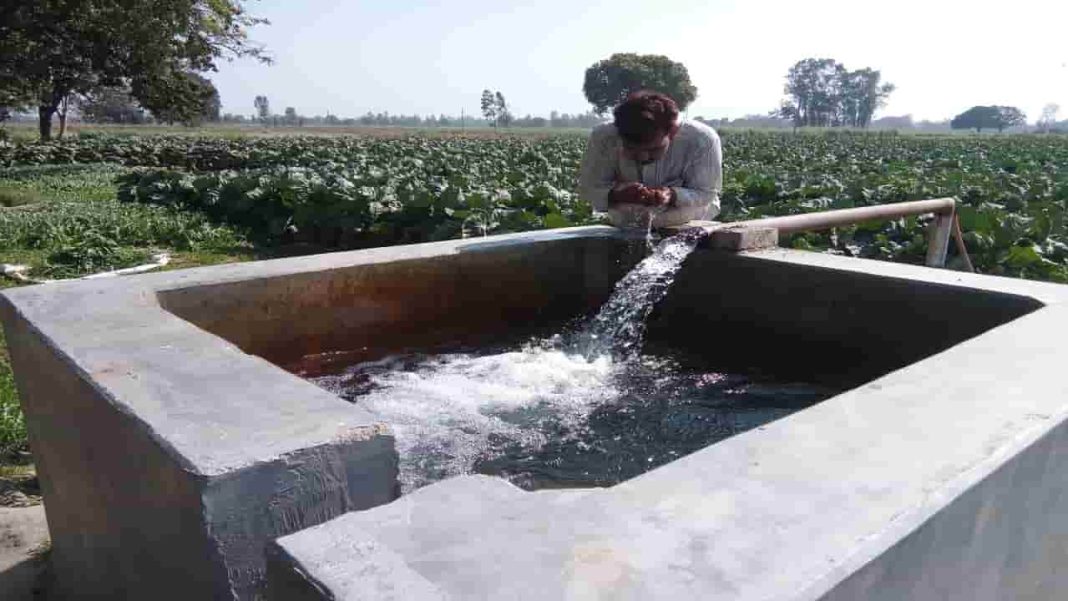 A controversial decision by the Central Ground Water Authority (CGWA) two weeks back has brought it under the spotlight. That is when it granted relief to some big companies, including Tata Steel, Adani Wilmar and Ramdev’s Divya Pharmacy, in cases related to over extraction of groundwater. This happened just weeks after the Authority declared as “illegal” the extraction of groundwater by 2,069 industries. But on July 14, CGWA extended the last date for renewing NOCs for groundwater extraction from June 30 to September 30.

If an entity fails to get its NOC renewed within three months of its expiry, then it is liable to pay environmental compensation till the competent authority renews the certificate. So did the erring units pay penal fees and did they resume operations?

India Legal tried to get to the root of the matter and spoke to a scientific officer at CGWA. Speaking on condition of anonymity, the official explained: “Data gathered on NOCs was wrongly assessed. On this faulty assessment, an order was released that 2,069 projects had not renewed their NOC and hence, their projects are ‘deemed expired and invalid’. Later, after the controversy, when the data was again studied, it was found that some industries had filed their NOCs and some hadn’t. Tata Steel and Adani Wilmar group had already renewed their NOCs, but this was not reflected in the data analysis. Some industries had chosen to terminate their operations due to various reasons such as Ramdev’s Divya Pharmacy. Later on, relaxation was granted to industries to upgrade their NOCs, and some renewed their NOCs.’’

The whole incident has put a question mark on the legal prudence of the members of Authority. Dr Kamta Prasad, an authority on underground water resource and chairman of the Institute for Resource Management and Economic Development, put it succinctly: “The Central Ground Water Authority is manned by non-experts. They don’t have experts on law and economics. So a broad based decision becomes difficult. The CGWA doesn’t have penal powers. At the ground level, the district magistrate has more power in this domain area.’’

CGWA, constituted under the Environment (Protection) Act of 1986, has the mandate of regulating groundwater development, and regulates groundwater extraction by NOCs. However, the relaxation of NOC was not without precedent. The CGWA source said: “This is not the first time when relaxation of NOC renewal period has been granted to units. This has been unofficially done to ensure that small units don’t get closed and factory workers don’t lose jobs. However, compensation is never waived.’’

Clearly, much explaining is needed by the officials in charge for taking liberties with NOC norms and relaxing it. This also inadvertently opens up charges of corruption against the officials. This is more so because CGWA guidelines regulate extraction and contamination. The process of advisories and NOC renewals helps in sustainable groundwater management. So more circumspection is required.

Laxity in implementation of water resource legislation was clearly borne out by a 2021 Comptroller and Auditor General (CAG) report. CAG had stated that the Central Ground Water Authority and state agencies need to enforce penal provisions strictly against cases of violation in NOC for effective groundwater regulation. Here again, CGWA’s recent action has placed the Authority in the dock.

The National Green Tribunal (NGT) has directed CGWA to ensure that every individual and industry obtains permission for extraction. However, groundwater contamination lacks uniform guidelines and matters often end up in courts where strong strictures are passed. In many cases, the “polluter pays principle” is applied.

The Department of Water Resources, River Development and Ganga Rejuvenation had in 2005 developed a Model Bill for all the states/UTs to regulate and develop groundwater. This formed the basis of state laws on ground water extraction. However, law enforcement was found to be lax at the state level.

Prasad added: “States have no guts to implement groundwater extraction laws. There are political considerations and vote bank issues. See what is happening in Punjab and elsewhere. Even if farmers want, the politicians are averse to taking initiative.” Water is a state subject, and hence, the law for regulation and development of ground water is implemented by state governments/UTs.

Groundwater exploitation has serious implications. In June 2019, a NITI Aayog report on groundwater level said that 21 Indian cities, including Delhi, Bengaluru, Chennai and Hyderabad, would run out of groundwater by 2020, affecting around 100 million people. The report had also projected that 40% of India’s population would have no access to drinking water by 2030. India is the largest user of groundwater in the world, extracting it to the tune of 253 BCM per year, which is about 25% of the global groundwater extraction.

Groundwater extraction in India is primarily for irrigation, accounting for 90% of the annual extraction. The remaining 10% is for drinking and domestic as well as industrial uses. Indian cities cater to about 48% of water supply from groundwater. With such dependence on groundwater, its over-exploitation is a serious issue.

Courts have been proactive and strict in matters of groundwater. In 2018, the Supreme Court slammed the centre, the Delhi government and their civic bodies for not taking any step to tackle the “serious problem” of groundwater depletion in the national capital.

In February 2021, the NGT held that the guidelines issued by the Ministry of Jal Shakti to regulate and control groundwater extraction in the country were only a new cover provided to the old scheme with minor variations, alterations and modifications. The NGT bench held that the 2020 guidelines do not satisfy the directions given by it. The Court had said that a serious effort should be made for recharge and restoration of underground water resources. It came down heavily on relaxation given to water intensive industries and held that a drastic relaxation has been given to them for no reason, and that too in flagrant defiance of the order of the Tribunal.

As per the 2021 CAG report, groundwater extraction in India increased from 58% to 63%, between 2004 and 2017, exceeding the recharge rate. The legal framework in India does not clearly define groundwater ownership and rights. Groundwater rights are still determined by the old Indian Easement Act, 1882. These rights are linked to land ownership rights and exclude large populations with no land rights. It also gives landowners the liberty to exploit limitless water. Right to water is a right to life. Article 21 extends to include right to healthy environment. This aspect of the fundamental right is being violated at the ground level. Current laws don’t give sanction to communal holding of water rights by local bodies like panchayats.

Said Prasad: “The best solution is to give power to local committees to access groundwater up to a certain quanta and install a penal provision for over exploitation. It is difficult to regulate groundwater exploitation by governmental machinery. Community ownership is the only way. Even the Planning Commission task force has stressed this fact.”

The CGWB was formed specifically to develop groundwater policies and programmes. It was later empowered by the Environment (Protection) Act in 1986 to form the Central Ground Water Authority (CGWA). Under this, groundwater was acknowledged as a public resource supporting various legal actions such as the 2004 Supreme Court judgement highlighting the “public trust doctrine”.

Public trust doctrine is a legal principle asserting that certain natural and cultural resources are preserved for public use. The public is considered the owner of the resources, and the government protects and maintains them.

CGWA is also authorised to declare certain zones as “notified areas” with stringent regulations such as issuing NOCs and restricting energy use to extract water. Its mandate includes a notification of “over-exploited” and “critical” areas and regulation of groundwater withdrawal in such areas, but it does not have a broad mandate to regulate groundwater in general.

Though water is a state subject, under the Environment Protection Act, the CGWA can issue guidelines to states. A Model Bill is a matrix of guidelines for states to use to develop their own specific groundwater Acts. Over the years, state boards and water laws have failed to uphold their mandate. Boards too are understaffed, lack expertise and penal powers.

The CGWA official bemoans the shortage of manpower. “The Central Ground Water Board was constituted as Central Ground Water Authority (CGWA) in 1997; its effective implementation was in 2105. In seven years what headway can be made? It is still struggling with manpower issues. A handful of personnel are handling the affairs. Compare it with the Pollution Board which was formed in 1974; has the pollution level been controlled effectively?’’

The ground water scenario in India is plagued with many challenges due to the competing needs of agriculture, industrialisation and population pressure even as the resources get contaminated and depleted. This not only impacts livelihoods but is a health hazard. Undependable rainfall pattern adds to the woes.

As per a Central Groundwater Board report in 2017, as many as 256 of 700 districts in India have reported critical or over-exploited groundwater levels. India is on the verge of a serious water scarcity problem. Overexploitation may lead to a major drop in groundwater levels across India.

In view of the looming crisis, a bottom-up approach is needed where community rights over water are legally guaranteed. CGWA must be given more teeth and resources,  industrial and NOC norms should be  strictly be adhered by CGWA and state governments should refrain from politics over water exploitation.