Digitisation of courts helps to take justice to the doorstep of litigants, apart from speeding up and simplifying justice delivery. It will also lessen the burden of key stakeholders like litigants and advocates 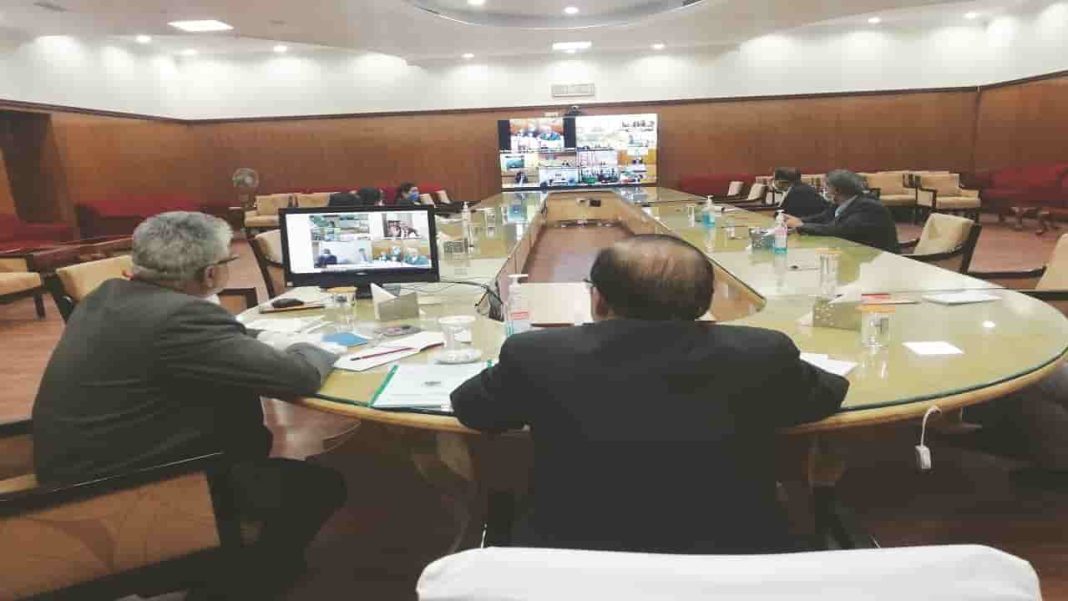 Rushing never saved the time that planning did. Taking a cue from this saying, the Supreme Court has started to take steps to reduce paper usage in courts in order to plan the adjudication of cases in a proper and time bound way.

Justice DY Chandrachud in a statement said: “Court is yet another service which is provided by the State to all its citizens and initiatives like e-filing and paperless courts are an important step in the decentralisation of justice.” He further said that e-filing of documents makes them more accessible to litigants and lawyers, but urged the government to ensure digital literacy to all.

The judge was speaking online during an event held to inaugurate the e-filing, paperless court and e-office projects of the Kerala High Court. As part of the first phase, it introduced paperless courts in bail jurisdiction and tax matters from August 1, 2022.

In another landmark step, Justice Chandrachud, who is also the chairperson of the e-committee of the Supreme Court, stressed that the state should now make it mandatory to provide e-filing in all litigation initiated by it. “Our initiatives today at the Kerala High Court emphasise the need to deliver e-services at the doorstep of all our citizens. In other words, the court is yet another service which is provided by the State to all its citizens. These initiatives are an important step in the decentralisation of justice,” the judge said.

This step by courts is another block in place to convert the judicial infrastructure into a paperless workplace and to further digitise and modernise the judiciary. Digitisation of courts has the advantage of taking justice to the doorstep of the litigants, apart from speeding up and simplifying the process of justice delivery. It will also have the added advantage of lessening the burden of key stakeholders like litigants and advocates.

But in order to reap the maximum benefits of e-filing, it is imperative that the State endeavours to ensure digital literacy for all. Establishing e-seva kendras at the village and district levels will go a long way in implementing digital literacy at the grassroots level. Litigants as well as the Bar need to be apprised that going paperless will benefit them in the long run. While giving some incentives will be beneficial initially, making it mandatory like in the Kerala High Court will bring it into regular practice.

Even though digitisation started due to Covid-19, it proved to be a silver lining. The natural hazards of storing data in the physical form, the space required and man hours lost in sorting it all point to the positives of going paperless.

There is also the issue of parties evading service. Most of the defendants/accused try to escape the process of law by claiming that they did not receive the summons. Considering that smartphones are now ubiquitous, serving summons and other necessary documents through WhatsApp and e-mail has become acceptable by courts also. This has done away with the need of sending documents through post umpteen number of times, thereby reducing the use of paper.

While the e-committee of the Supreme Court is making efforts to digitise existing e-cases, similar efforts shall be required from all High Courts to make this mission a success.

The paperless system is already in place in various state government secretariats. This helps the public in tracking their file movement, thereby increasing transparency as well as efficiency. A similar process is on to link all government offices with the e-filing system. Work has been done in over 500 online as well as app-based services to do away with tedious queuing up at government offices for various services. This major step by all the three pillars of Indian Democracy namely—Executive, Legislature and Judiciary—is a first in India and could take us a long way.

Further, linking prisons and courts will ensure speedy justice to undertrials who suffer due to the vagaries of the distances involved in transporting them to and from courts. As more courts are constructed and vacancies for judges are being filled, no stone is being left unturned to ensure that justice is imparted to the needy and that too at the right time.

Chief Justice of Kerala High Court S Manikumar said that “the e-office project would improve judicial productivity, while also ensuring that justice delivery is affordable, accessible, transparent and accountable”. “It will also ensure huge savings on manpower and natural resources. Six court rooms in the High Court have been transformed into digital court rooms,” he added.

However, the flip side is that thousands of advocates and clerks fear going jobless. With the position of clerks being more precarious, advocates fear that they will be burdened with the added task of filing petitions and other clerical procedures.

Nonetheless, the paperless court project that was formally inaugurated on January 1, 2022, offers many features for both advocates and judges. It also has provisions for referring to previous cases and legal publications online. The biggest highlight of the app is the Artificial Intelligence enabled roster analysis facility for the chief justice. It helps him to evaluate the pendency of cases before each judge and identify the reason for the same. The app further assists in gauging the approximate time required for clearing the pendency. Judges can now dictate orders using the voice to text conversion facility by using the app. In fact, two district courts and six courtrooms of the Kerala High Court have already become fully paperless and even witness statements are being recorded using the voice to text conversion facility. This facility has been crafted after taking feedback from advocates and is expected to bring about transformative changes in the entire justice dispensation system of the state.

The grievance of advocates, however, is that the shift to total e-filing would render around 10,000 advocate clerks in Kerala itself jobless in due course. A majority of the clerks are used to the old system of working and are not well versed with computers. Advocates in this scenario will be constrained to do everything by themselves, which will further increase their burden.

Kerala Advocate Clerks’ Association state president Rajendran VK said that the concerns of advocate clerks who played a crucial role in the judicial system were not considered while shifting to a paperless court. There should be a provision for advocate clerks also to access the online application. The Association is also joining as a party in a case pending before the Supreme Court in this connection, he said.

Another senior advocate said that the new application would not help in addressing pendency as it requires recruitment of more judges. At present, around 1.5 lakh cases are pending before the Kerala High Court, while the number of judges is 47, he said. The shift to e-filing of application would only increase the burden of lawyers, he said.

Most people in the profession said that the paperless system is good, but this shift should be done in a phased manner in order to avoid hiccups.