Statistics have shown that violence against women spikes during disasters, especially floods. But shockingly, no nation has disaster management laws or climate policy that prevents or mitigates this 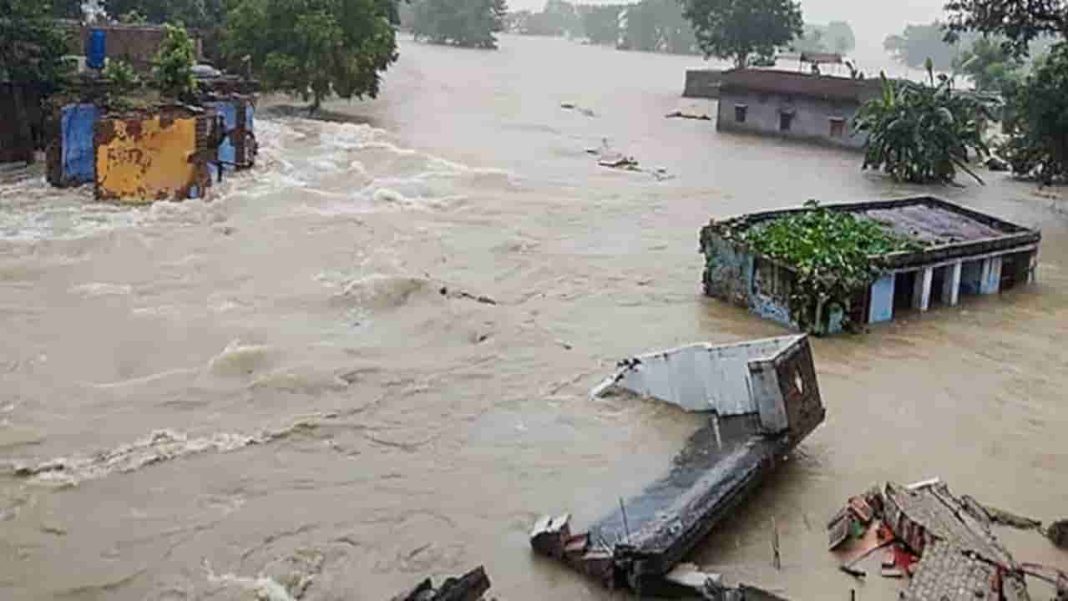 Climate change is affecting the planet grievously. The International Panel on Climate Change has predicted warming of the earth by 1.5℃ by 2050 and 4℃ by 2100. This would mean not only warmer days, but also a radical change in our ecosystem due to frequent threat from natural disasters. WHO reports that floods alone account for 80-90% of natural disasters. More than 12% of India’s area is flood-prone. Central Water Commission of India data in 2018 showed that within a span of 65 years (1952-2018), the country faced major losses due to floods every year, leaving 1,09,412 dead and financial losses amounting to Rs 4.69 trillion.

While human lives and property are always at the centre of disaster management policies, little focus is given to its impact on gender. Debra Parkinson in her work “Gender based Violence and Disaster” said that there were only 50 credible publications on gender-based violence during disasters between 1998 and 2018. She highlighted the lack of literature in holistically understanding the correlation between gender-based violence and floods.

This reinforces the need to conduct empirical studies, especially in developing countries. In January, the office of the High Commission on Human Rights released a Call for Inputs related to violence against women and girls in the context of the climate crisis, including environmental degradation and disaster risk mitigation and response. This report is still not out, but would contain findings from around the globe on the connection between climate change and gender. The inputs received could help in designing environmental strategies and creating a trend in research areas.

Floods have a multi-gendered impact, though superficially it might seem otherwise. P Jenkins and E Enarson in “Violence and Disaster Vulnerability” have found that state services such as police and health become less effective during and after floods. This is also because of overworked staff and strained resources, as well as damage to law enforcement infrastructure, which means there are less avenues for survivors to seek help. Hence, there is also less likelihood of perpetrators being held accountable for their crimes. This lack of deterrence gives a sense of immunity to antisocial elements and results in higher crimes (such as robbery, theft, hurt). Gendered crimes are also less likely to be reported, let alone the guilty being convicted.

Floods only act as a catalyst for crimes in a society where inequalities exist. This is illustrated through the following points:

There is no international treaty presently that prevents gendered violence during floods directly. As floods are a direct result of climate change, reliance has to be placed on existing framework which deals broadly with climate change. One such institution is the United Nations Framework Convention on Climate Change, which in its initial decade failed to deal with the gender issue. It was only in 2007 in the 13th Conference of the Parties that both keywords (gender and climate change) figured together, but without any reference to floods.

General Recommendation No. 37 on Gender-Related Dimensions of Disaster Risk Reduction in the Context of Climate Change explained the suitability of international women’s rights treaties in disaster management laws, but failed to deal with floods specifically. The 2019, Outcome Statement of the Oslo Conference on Ending Sexual and Gender-Based Violence in Humanitarian Crises also emphasised the need to centre-stage gender based violence in disaster situations. At the regional level, the situation is frightening.

In 2017, M Picard in “Effective Law and Policy on Gender Equality and Protection from Sexual and Gender-Based Violence in Disasters: Global Report” explains that in spite of a change in international discourse, there is not a single country which has disaster management laws or climate policy that deals with prevention or mitigation of gender-based violence during disasters.

However, some countries have gradually emerged with gender sensitive laws in their disaster responsive mechanism. This can be stretched to extend to victims of gendered crime. For instance, Philippine Disaster Risk Reduction and Management Act, 2010, through its various provisions, necessitates authorities to check women’s human rights during disaster. Section 2 of the Act lays emphasis not only on a gender sensitive and responsive mechanism, but also on the inclusivity of indigenous knowledge system. Section 9(1)(m) mandates civil defence that while they are conducting recovery and post-disaster assessment, gender consideration should be centralised. Section 12(16) ensures speedy delivery of supplies to women, which can also assist medical and other needs of gender-violence victims.

Bhutan Disaster Management Act 2013 underscores the representation of women in disaster management mechanisms as well as puts them in a focused group. Article 133 of the Act requires due care in adequate representation of women in disaster management committees, while Article 134 puts women in a vulnerable class among other marginalised groups and encourages focused attention to their needs during rescue relief and response operations. This can be stretched to tailor disaster response actions to include gender based violence.

Similarly, Article 3 of the Nepal Disaster Risk Reduction and Management Act 2017 focuses on the participation of women at various levels of governance for mitigation of climate change. It also mandates one-third of the strength of disaster management panels to be women.

The picture becomes dark when one looks at the Disaster Management Act, 2005, of India. In the entire Act, there is no mention of keywords like gender, women, violence or crime. It doesn’t contain a single provision that even remotely deals with the issue of gender.

India is also a member to the Convention against Trafficking, Convention on the Rights of the Child and Convention on Elimination of Discrimination of All forms of Violence against Women. The obligations under these conventions have an intertwined impact during floods. For example, vigil on human trafficking can ensure better rights for women and children.

The Indian Constitution also provides for various provisions which deal with similar rights such as human trafficking, gender equality, child rights, etc. Moreover, climate litigation in India started as early as the 1980s. But even today, India lacks a gender sensitive climate policy or disaster management laws, nor are they part of any executive action. In 2011, the Supreme Court constituted a panel to deal with trafficking. It submitted its report in 2019 and based on it, the apex court directed the National Crime Records Bureau to analyse gender disaggregated data on trafficking. This could help in identifying the number of trafficked women during floods as well. Beyond this, the Supreme Court or the National Green Tribunal has not dealt with gendered violence during disasters. Any prospect of future legislation also seems unlikely.

Statistics on climate change should serve as a warning to us of floods as a recurring phenomenon in future. In the backdrop of such findings, it is important to assess the multidimensional and intersectional impact of floods and bring reforms in disaster response, mitigation and adaptation mechanisms. In India, in cases of gendered violence, victim blaming and condoning men’s violence is quite common. There is poor victim rehabilitation and assistance. It is high time that our governing bodies looked at the good laws of other countries to improve the situation at home.