As job losses become the order of the day, two Supreme Court advocates send suo motu notices to some companies which served termination notices and salary cuts to their employees. By Srishti Ojha 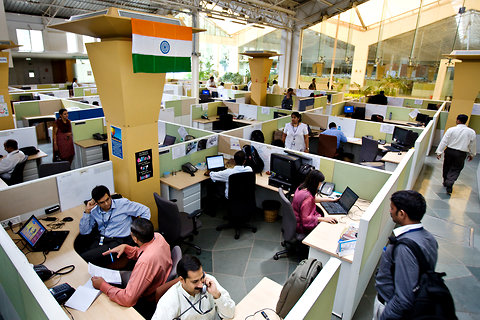 In an unprecedented situation, Covid-19 has slowed down economies the world over. As factories come to a grinding halt, production lines are hit, travel dissipates and lockdowns are declared, revenue has taken a direct hit. Businesses and companies have started terminating employees or have asked them to take a salary cut or unpaid leave in a bid to stay afloat. It’s not just daily wage workers who are suffering, but employees in different sectors. Aviation, tourism and hospitality have been particularly hit.

When Prime Minister Narendra Modi addressed the country on April 14, he had asked companies to make sure that their employees were retained and job losses were avoided. This was followed by an order and advisories from ministries asking employers to protect employees’ interests. But can these government orders bind the employers, and if not, what legal remedy do employees have?

A government advisory on March 20 had asked employers of both public and private establishments to not terminate their employees or deduct their wages as that would deepen the crisis and weaken the financial condition and morale of people to fight the pandemic. However, as it was an advisory, it was not binding in nature. The home ministry then issued an order on March 29 invoking its powers under the Disaster Management Act, 2005, that spells out the responsibility of an employer towards his workers during lockdown. The order states that all employers, whether in factories, shops or commercial establishments, will have to pay wages to their workers on the due date and the amount cannot be reduced due to the closure of the workplace. The order does not talk about payment of a minimum wage but payment at the pre-decided wage rate. Following this, several states also issued mandatory directions and advisories to private companies to pay wages in full to all workers during the pandemic. What is disputable here is whether an Act such as the Disaster Management Act empowers the government to take measures to reduce the risk, impact or effect of a disaster.

Recently, two advocates from the Supreme Court, Rajesh Inamdar and TC Sheikh, sent suo motu legal notices to companies which had served their employees with termination notices and also announced salary cuts. They warned them of the consequences of their action as it was not only violative of the government’s order, but also callous and punitive. They will also file a PIL in the Supreme Court to seek its directions regarding this issue.

Inamdar told India Legal that “the concept of a suo motu legal notice as such does not exist. These notices are not binding on the companies and were sent only in the interest of the public as we had received calls from a few employees. It also had a positive impact as one of the companies released the salaries of its employees”.

This situation will affect employees differently according to the category of workforce they belong to or the state laws that apply to them. The Industrial Disputes Act, 1947 governs employees who are workmen, while those who are under an employee agreement will be governed by conditions under the Indian Contract Act. Other employees can be governed by the Shops and Establishments Act for different states. States can, in the current situation, issue directions under their respective acts to the employers.

Inamdar said that during the current situation, invoking of provisions of the Disaster Management Act, 2005, by the government and directions/orders issued under it are legally binding on establishments. The March 29 order was issued under Section 10(2)(1) of the National Disaster Management Act, 2005 which directs all states to issue orders compulsorily requiring all employers in the industrial sector, shops and commercial establishments to pay wages to their workers on the due date without any deduction during their closure due to the lockdown. The relevant provisions of the Act are Sections 10, 51 and 58. If there is deliberate non-compliance with the directions issued by the government, a complaint can be made by the authorities as enumerated in Section 60 (a) or any person as envisaged in Section 60 (b). If an inquiry is made and it’s found that an offence has been committed by any company, the head/incharge there shall be deemed to be guilty and be punishable with imprisonment for a term which may extend to two years. Therefore, if the provisions of the Act have been invoked and are in effect, any decision by an employer to terminate an employee can be punishable by penal provisions under the Act.

Any change in the employee’s contract such as a deduction in salary or a mandated leave-without-pay can be undertaken only on the consent of the employees, unless the agreement gives the employer specific powers in this regard.

Senior Advocate KC Mittal, chairman of the Bar Council of Delhi, said that “even if employees aren’t able to work right now, the employer cannot cut the salary. This is an extraordinary situation where neither parties is at fault. But this is not a ground for termination and it would be unjust. At best, employers can reach an understanding with the employees or their association.”

Advocate Jayant Bhatt, an independent litigator based in Delhi, however, said that retrenchment was happening at a faster pace now because the situation was unforeseen. He said that commerce across the globe had come to a grinding halt and employers were not in a position to run their businesses effectively. Nobody can predict how long this will last. He said that government advisories only have a persuasive value and put a lot of discretionary burden on employers on their legal interpretation. If any penal action is taken against an employer based on this, it can always be challenged in courts. It’s a Catch-22 situation for both the business and the government and only time will tell how things pan out, he added. Needless to say, the judiciary will play a vital role in sorting this chaos.

Employers too are facing a difficult situation. Recently, a PIL was filed in the Supreme Court by a manufacturer asking it to set aside both the home ministry and the Maharashtra government orders mandating payment of full salaries. According to the employer, the losses faced by employers will increase due to the extension of the lockdown and despite their best intentions, full payment of salaries may not be possible.

In such an unprecedented situation where both parties are losing out, the best solution would be for them to make mutual concessions. The government should also intervene and provide some financial aid to both so that neither is left high and dry.