“There Will be Zero Tolerance for Corruption”

After a hiatus of over a year, the Delhi Lokayukta post has been filled with the appointment of former judge of the Jharkhand High Court Justice HARISH CHANDRA MISHRA for five years. Speaking to SANJAY RAMAN SINHA, Justice Mishra said that zero tolerance against corruption cases and strengthening the investigative arm of the Lokayukta office would be his top priority. 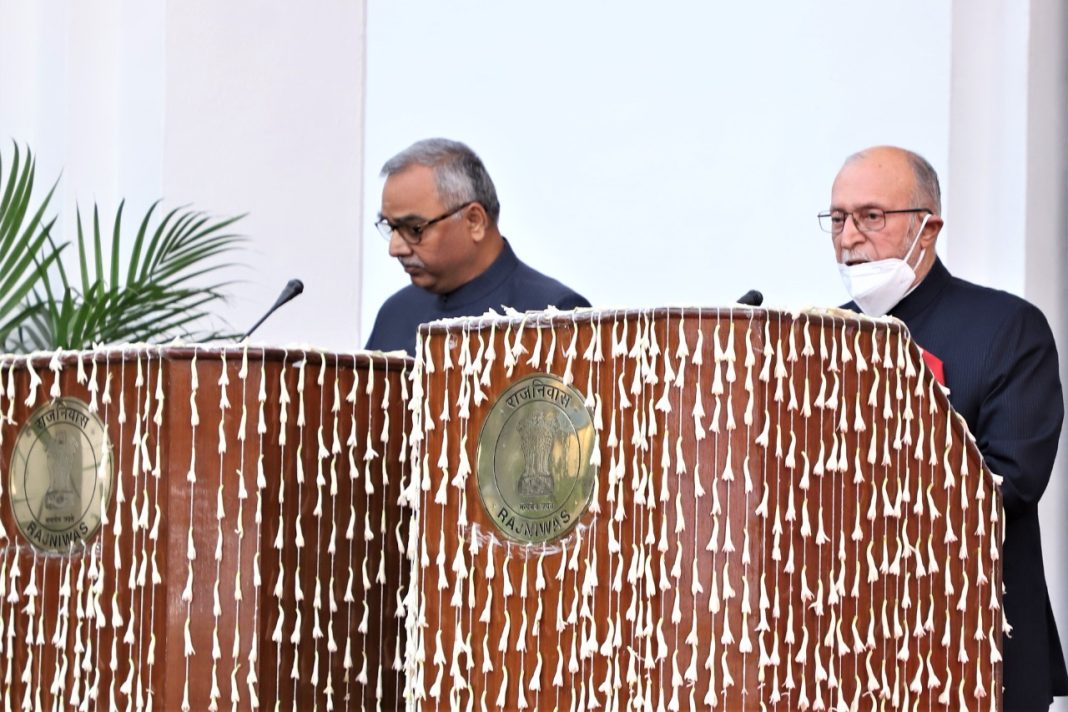 What were your first thoughts when you were appointed the Lokayukta of Delhi?

What is your first major task?

This position has remained vacant for a long time and this may be the reason why people have lost interest in this institution. So, my first major task would be to revive the interest of the public in this institution so that they can start approaching the Lokayukta for redressal of their grievances.

There are many pending cases against politicians and MLAs. How do you plan to sort them?

To safeguard this situation, the investigating agency of the Lokayukta has to be made more effective and powerful so that when any matter is brought to the Lokayukta, a preliminary inquiry can be made to find out whether there is any political vendetta or settling scores or whether there is prima facie material supporting the allegations. If it is found that the matter is filed for the former reason, it needs to be dropped at the threshold. But if the allegation is supported by some prima facie material, the Lokayukta should proceed with the inquiry and bring it to its logical conclusion, irrespective of who the concerned person is or to which party he belongs, and irrespective of the political consequences, if any. The only concern of the Lokayukta should be that corruption has to be dealt with zero tolerance.

What are your major priorities?

The first is dealing with corruption with zero tolerance and strengthening the investigating agency of the Lokayukta. Presently, we have only one post of Assistant Director (Investigation), which until now had been manned by an inspector of police. But that position is also lying vacant. We are trying to get the position filled up and get an officer of the rank of ACP with supporting staff so that our investigating agency is strengthened and vested with more powers. I also want to revive the interest of the public in this institution so that they start taking interest and approach the Lokayukta in more numbers.

Another priority is timely disposal of matters without granting any unnecessary adjournments. This is the only measure to ensure that the office of the Lokayukta serves the purpose for which it was constituted.

You have been the Special Judge in Ranchi in the fodder scam case and have a reputation of being a strict, no-nonsense judge. How will this reputation help you in your present dispensation?

That needs to be seen. Only time will testify to this.

You have worked as Acting Chief Justice of the Jharkhand High Court and held other senior positions in the judiciary. What has been your experience when dealing with the executive? How can a collaborative and non-antagonistic relationship be fostered without affecting honest work ethics?

My experience with the executive had been very encouraging in my official capacity as Acting Chief Justice of the Jharkhand High Court or even as Executive Chairman of the Jharkhand State Legal Services Authority. I got full support from it with a clear stipulation that there would never be a quid pro quo from the judicial side. I would like to mention a few instances.

When I held these two posts, in September 2019, the president of India visited Jharkhand. In a meeting with judges of the High Court, he mooted a suggestion that Law Day should be celebrated by the Court, to which we readily agreed. Then I thought of the manner in which it should be celebrated. I was not in favour of an empty celebration with speeches by some dignitaries; rather, I wanted the people at large to be benefitted from it. I conceived the idea of holding a Special Lok Adalat for coal companies in Jharkhand on Law Day as a large number of cases relating to them were coming to the Court. I had a meeting with the Secretary (Coal) and the managing directors of the companies. That Lok Adalat was a tremendous success. More than Rs 374 crore was distributed among 9,711 people on a single day, long-pending disputes relating to land acquisition and matters relating to serving and retired employees of Central Coalfields Limited and Bharat Coking Coal Limited were settled. That proved to be a world record till then.

Then in 2020, when I was Executive Chairman of the Jharkhand State Legal Services Authority, the pandemic struck. In spite of the lockdown, we held a Lok Adalat in virtual mode relating to the service matters. I again took the help of the executive and we were able to settle the claims of some 36,000 government employees, serving and retired, and distributed more than Rs 1,300 crore, again setting a new record. All these achievements were certified by the India Book of Records and World Records India, and are available on the website of Jharkhand State Legal Services Authority. These are sufficient examples to show that a collaborative and non-antagonistic relationship may be fostered without affecting honest work ethics.

Nowadays, not many cases come to the Lokayukta (or Lokpal). Most of them go to courts. Data obtained from the Lokpal website shows that the Lokpal had received only 1,427 complaints in the first year.  The subsequent year, citizens filed only 110 complaints, and in the first six months of 2021-22, just 30 complaints. So, has the office of the politician ombudsman (both Lokpal and Lokayukta) become increasingly marginalised?

This is the era of marketing. You have to market yourself to be successful. We also will have to market ourselves through advertisements and with the help of the media, so that more people come to know about the institution of the Lokpal and Lokayukta and cases start flowing to these institutions as well.

Delays in the appointment of the Lokayukta have also raised eyebrows. How can this be avoided?

This is for the government to ensure.

Finally, what is your vision for the office of the Lokayukta?

The vision is the same. Corruption anywhere should be dealt with zero tolerance. At the same time, no one must be allowed to take undue benefit of this institution to settle their own scores.