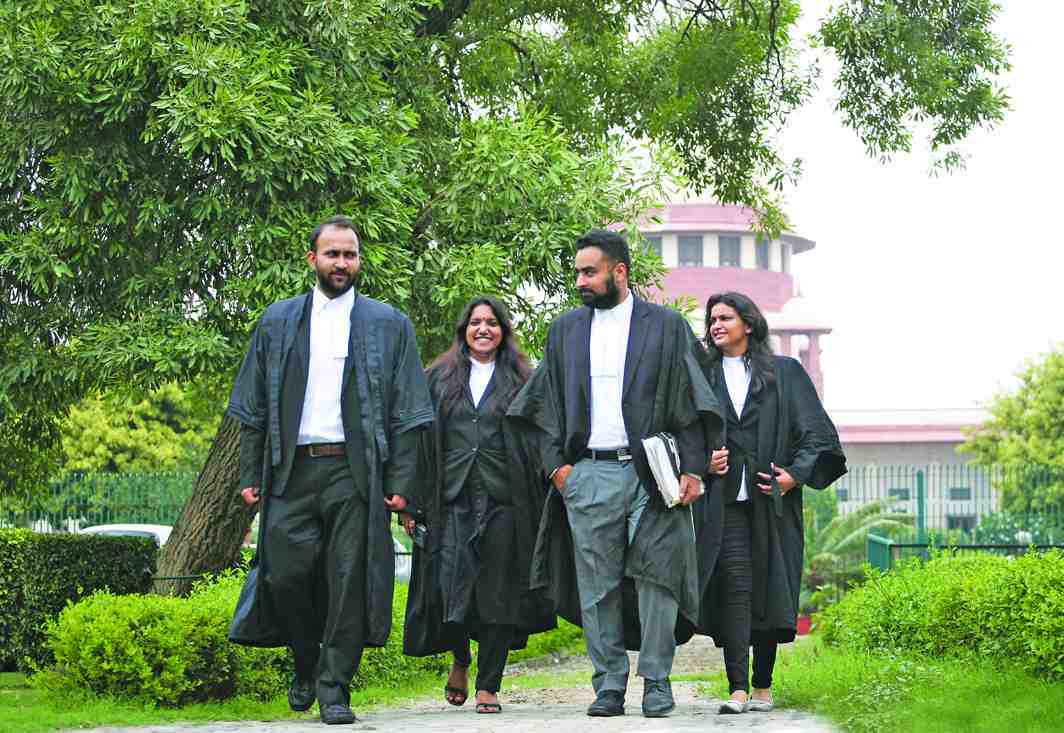 A recent judgment of the Himachal Pradesh High Court regulating dress codes for litigants and government officials during court proceedings and an objection raised by the Chief Justice of Bombay High Court, Manjula Chellur, earlier against mediapersons dressed in jeans and T-shirt have started a curious debate regarding the legitimacy of sartorial restrictions. One may ask whether there is any law that allows people to dress in court the way they want? Would any restriction offend constitutional rights?

In pre-historic times, people roamed around sans clothes and even today, certain tribes in the interiors of Andaman and Nicobar and Africa do the same. The dawn of civilisation also brought in the advent of clothes and people dressed according to climatic conditions. Later on, dress codes became a way of life. During medieval times, different dress codes were ordained for different religious, social and royal functions. Modern society continues the tradition of dress codes, be it for school children, military, police, priests, judges or doctors. These codes identity the profession one is in.

The British are considered to be a conservative society and sticklers for tradition. We Indians, by and large, are guided by British society in the matter of dress codes. It is interesting to know that even in American society, which is more or less rebellious to the traditions of the British, there are dress codes for different occasions like wedding ceremonies, religious, social, official and business functions. The appropriate semi-formal and semi-casual dress for men is the tuxedo with shoes, formal shirt, bow or tie. For women, skirts up to the knee are appropriate. For official functions, and in the corporate world, revealing clothes are prohibited. For social functions and cocktail parties also, casual clothes such as chinos and denims are avoided.

Etiquette requires that one should not be under-dressed so as not to offend dinner companions and also not be over-dressed. Invitees can ask the host for advice on what dress would be appropriate for dinner parties. For business dinners or a company party, revealing outfits can carry the risk of affecting job promotions. For a job interview too, the HR department of the company can be consulted about the appropriate dress. In all cases, the clothes should be clean, ironed and not skimpy or tight. To wear jeans would be a mistake. For occasions like baptism, religious occasions and funerals, an unwritten dress code is followed.

The culture of wearing denim started with mine workers and cowboys in the US because they were suited for rough work, would last long and did not need washing and ironing. In course of time, it came to be accepted as a permitted dress for other sections of society too. The hippy culture gathered momentum in the US as a protest against the long-drawn-out Vietnam War. The philosophy of a hippy is to be non-conformist, both in philosophy and lifestyle. Wild and uncombed hair, beard and jeans and rebellion against conformist society are signs of this culture.

In India, denims are seen as fashionable and a sign of modernity among the younger generation, who are also inspired by film heroes who wear them. India has a rich heritage of textiles. The advice to dress neatly and modestly should not be taken amiss as an invasion of privacy. Clothes have a distinct influence on the ethos and culture of a place. And in the UK and the US, there is an unwritten tradition of dress code for every occasion.

Hence, the insistence on an appropriate dress at the workplace, official functions and court proceedings should not be mistaken as offending the sensibilities of people. The decorum and dignity of the occasion may warrant a formal dress code and hairstyle. Clothes and the physical appearance of a person are an index of his mental make-up. The younger generation should realise this.

The Himachal and Bombay High Courts do not appear to be crossing the bounds of law in directing a proper dress code for the litigants, the public and officials appearing in daily court proceedings.