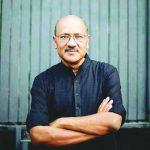 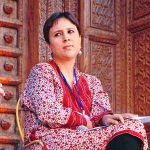 Senior journalists Shekhar Gupta and Barkha Dutt had plans to launch a media venture jointly, but that did not work out. This month, both will launch their independent new ventures. Gupta’s multi-platform news venture, The Print, officially launched later this month and so will Barkha unveil her new company. She calls herself MOJO (Mobile Journalist) and has partnered with two young siblings who have a publishing background. They will arrange a schedule of townhall meetings where she will feature a Q&A session with a prominent person in the news, and also involve the public who will be there by invitation. They also plan two major conclaves a year, with the first tentatively scheduled for October in Mumbai. 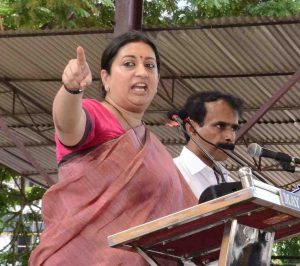 She has just taken additional charge of the I&B ministry following Venkaiah Naidu’s exit and is already making waves. Her chosen target seems to be the Press Trust of India (PTI), an independent non-profit news agency set up in 1949 as a cooperative by a clutch of newspapers. The editor received an angry call from Irani’s office regarding a photo put out by the agency of a flooded airport identified, wrongly as it turned out, as Ahmedabad. The mistake was PTI’s and they fired the photographer. The second time she called was to complain a photo of BJP and JDU workers wearing masks of Modi and Nitish to mark “Friendship Day”. Irani’s objection seemed frivolous and uncalled for. Many in the media see this attack on PTI as part of the larger gameplan being executed by the ruling party to intimidate journalists and media houses. 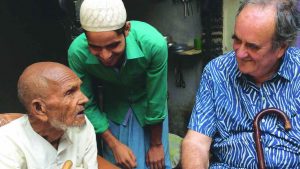 Television viewers are in for a treat this month leading up to India’s 70th year of Independence. The BBC World Service will feature a series of documentaries to mark the anniversary of partition. In The Children of Partition, Mark Tully travels through India to uncover the strands of partition. He examines the legacy of partition, culminating in the personal and political tensions alive today on both sides of the border. In Partition Voices, a two-part series, Kavita Puri hears remarkable testimonies from British Asians and colonial Britishers who witnessed this tumultuous event firsthand. Of particular interest will be an animated feature on Sir Cyril Radcliffe, responsible for drawing the borders on behalf of the British Raj. Also to be broadcast will be features on families uprooted by partition, including LK Advani; Pakistan’s former prime minister Nawaz Sharif and actors Dilip Kumar and Raj Kapoor. The History Channel is also coming out with a remarkable feature, a television first, based on Subhash Chandra Bose. It examines the questions surrounding the mystery of the fabled INA Treasure and its disappearance along with Bose.

An interesting statistic on which journalists worldwide have the biggest Twitter following shows why India’s huge population and its sudden obsession with social media is such an advantage. There are no less than three Indian journalists in the Top Ten list which has been compiled by Muck Rack, a site for journalists and PR professionals based in New York. According to their research, CNN’s Anderson Cooper is the king of Twitter. Muck Rack has a database of thousands of journalists, including in India, and they keep track of their output, including social media (Barkha Dutt for instance, is now a regular columnist with The Washington Post, so her Twitter universe has expanded this year). Also hugely popular are sports journalists with ESPN grabbing three places. Here’s the top 10, as of June 2017, according to the website: