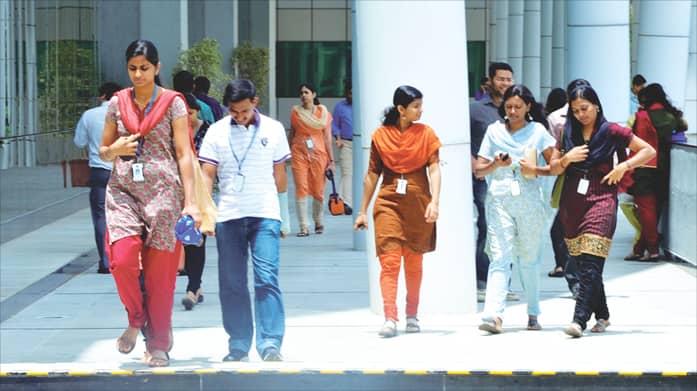 Covid-19 has had a deleterious effect on employment with unemployment going up to 24 percent in May 2020. While some key sectors will be badly hit, others could emerge relatively unscathed

Who let the jobs out? The world has been shattered and splintered due to the difficult times under Covid-19. According to the International Labour Organisation, universally over 2.5 crore jobs will be vulnerable due to the spread of the deadly virus. It has described Covid-19 as the worst global crisis since World War II which may lead to an economic crisis nastier than the Great Depression of the 1930s. A major chunk of the world’s informal workers are from developing nations and they will be severely affected.

The second most populated nation on earth, India, is no exception. According to the Global Economic Prospects Report released by the World Bank recently, India’s gross domestic product shrank by 3.2 percent in 2020-21 and in 2021-22, it will be less than what it was in 2019-20. In general, incomes will drop and jobs will vanish.

One of the areas brutally hit by the pandemic is employment. More jobs have been lost in India now than ever in the history of the country. The Indian Society of Labour Economics has stated that loss of employment is the worst outcome of the Covid-19 disaster. Due to the decline in demand and disruption of the workforce, unemployment went up to 24 percent in May 2020. This also caused a gross value added loss of more than 9 percent for the Indian economy that month.

Of late, five big organisations in the consumer online space in India, namely, Uber India, Ola, Zomato, Swiggy and Cure.fit altogether reduced approximately 4,440 jobs. Uber announced that it will lay off roughly 600 full-time employees in the India-South Asia region. It said that these were part of the previously announced global job cuts. The firm’s parent company, Uber Technologies, declared a 23 percent reduction in its personnel. Ola, whose revenue fell by 95 percent due to the lockdown, announced that it will be letting go of 1,400 Indian employees.

Swiggy and Zomato also decided to condense their employee base. Around 540 employees of Zomato have been asked to look for new job opportunities. Swiggy has let go around 1,100 employees. Likewise, health and fitness startup Cure.fit also terminated around 800 people. A few of these entities have also declared salary cuts.

However, some sectors will bounce back fast. There will be an affirmative trend in the food and beverage segment and employment here could remain encouraging. Although exports of apparel and footwear will be low, domestic demand will ensure employment. In the power sector, due to tightening of credit and launching of new power generating and transmission stations, employment is likely to see an upward trend.

In the pharmaceutical sector, due to invention of new medicines or vaccines, advanced research, development activities and increase in the scope of generics, employment will increase. In the gems and jewellery sector, due to moderate demand, a proficient workforce would be in the driver’s seat.

Although international tourism will be slow, increase in domestic tourism will fetch employment opportunities. This trend will help the hotel/restaurant sector too.

In the chemicals and petrochemical sector, due to economical crude prices and easy borrowings from financial institutions, many MSMEs will be stable. In the telecom sector, although call dropout rates are likely to increase due to demand, new technological developments like 5G will make employment show an increasing trend.

However, some sectors will be damaged deeply due to the Covid-19 catastrophe. In the retail sector, employment will be hit by the change in the purchasing style of consumers from offline to online. In the aviation sector, due to postponement of the purchase of new planes and cancellation of existing orders, employment will be badly hit and both white and blue collar employees will have to bear the brunt.

In the education sector, due to many disruptions such as more demand for online learning, sweeping changes in the curriculum and skilled faculty requirement, employment is likely to be under pressure. In the automobile sector, due to low demand of vehicles, employment will be under stress.

In the real estate sector, customers will be cautious of investing in new property and more time will be needed for the market to stabilise. In the metal and mining sector, although demand for iron, steel, coal and aluminium is likely to increase, due to huge credit problems and a large workforce of unorganised and unskilled employees, employment will be under strain.

Before he came to power, Prime Minister Narendra Modi promised to create one crore jobs to erase unemployment. However, data from the official labour bureau has a different story to tell. Nevertheless, the Garib Kalyan Rojgar Abhiyan Yojana was launched recently. Proper examination shows that there is nothing new in the pattern and these are 25 prevailing schemes bundled together. On the whole, the scheme does not offer any elucidation about the massive problem of unemployment in urban and rural India.

The government has to put basics in place. One of these is having a power-packed national employment policy. The policy is a requirement for all International Labour Organisation member countries and should design the avenue to create job opportunities.

Thus, policy and politics will have to play an imperative role to lighten the pain. Dirty political games hamper economic revival. Good politics can guarantee that the anguish of the masses is curtailed.

Welfare schemes should not be used as a tactic to give advantage to the ruling party in the forthcoming polls. Otherwise, the demographic dividend may turn into a demographic burden.

Did you find apk for android? You can find new Free Android Games and apps.
Share
Facebook
Twitter
Pinterest
WhatsApp
Previous articleSCAORA Requests SC To Set Up Sufficient Facilities For Video Conferencing In Court Premises
Next articleDelhi HC Issues Notice To SCBA In Ashok Arora’s Suit Challenging SCBA’s Resolution Suspending Him From The Post Of Secretary