“In a crisis situation like Covid-19, the Commission has an opportunity to make effective use of technological tools”: Bimal Julka 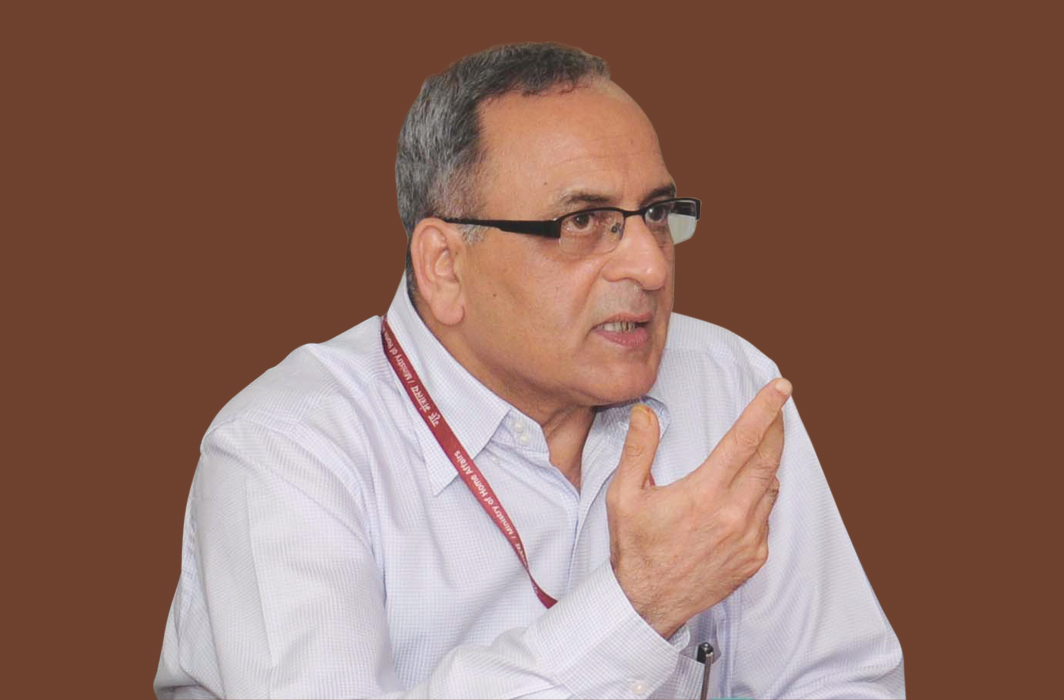 Bimal Julka was appointed Chief Information Commissioner in March 2020 after a prolonged search for the right candidate. A seasoned bureaucrat who has served as secretary, information and broadcasting, Julka brings a wealth of experience to this critical post and was selected by a committee headed by the prime minister. In an exclusive interview with Rajshri Rai, Editor-in-Chief, APN News, he opened up about his new appointment and the challenges it brings. Excerpts:

You had a great innings at the I&B Ministry where you carved out a niche for yourself. What were some of the most memorable and significant decisions you made and how did they prepare you for your current assignment as CIC?

It was a delightful experience working as secretary in the Ministry of Information and Broadcasting, Government of India. It was a challenging assignment encompassing a wide spectrum of activities ranging from radio/television and print media to films, educational institutions, etc., and multiplicity of issues associated therein. With the cooperation and support of all stakeholders, I was able to address the aims and objectives as per the charter of the Ministry. Some of the notable achievements include open auction of FM radio channels, which was done in a most transparent and objective manner through which we could mobilise approximately Rs 3,000 crore for the government exchequer. With the advent of innovative technological tools and the spread of social media, this assignment became more challenging. The Ministry is a very enjoyable and engaging sector but requires utmost dedication and commitment.

Many justices of High Courts and the Supreme Court have repeatedly stressed that the Right to Information is a cornerstone of democracy. Former CJI PN Bhagwati said in 1981 that in a society that has chosen to accept democracy as its “creedal faith”, the citizens ought to know what their government is doing. Should this right to know be accepted as a constitutional doctrine?

Which of these elements would you consider to be part of good governance or “susaashan” as we say in Hindi: Transparency? Accountability? Predictability? Participation? Or do they go hand-in-hand and if so why?

Each of these issues is important and they are inextricably interwoven.

Autonomy of Information Commissioners is particularly important, considering that the government or a public sector undertaking is party in nine out of every ten appeals in RTI cases. Do the recent amendments remove this statutory protection and delegate the power to determine their salaries and tenures?

Some would argue that recent amendments contradict the federal nature of the Act. Is there any merit to the argument that these amendments may dilute the widely appreciated principle of cooperative federalism?

We should focus on the implementation of the provisions of the Act for common good.

The Information Commissions at the centre and states are the last court of appeal to safeguard a right that has been held to be a fundamental right to freedom of speech and expression under Article 19(1)(a) of the Constitution in repeated judicial pronouncements. What are your comments?

The decisions of the CIC/SICs which are quasi-judicial bodies are subject to review by the High Courts under writ jurisdiction.

The RTI Act envisions a regime of transparency which is a primary condition for corruption-free governance. What specific steps are needed to check corruption and uphold the principle, as the prime minister has repeatedly said, that the governed must be able to hold the government and its instrumentalities accountable?

The Preamble to the RTI Act, 2005 clearly lays down the charter for the Central Information Commission and its relation to governance.

Do you believe that RTI has made citizens vigilant and more conscious about their rights and duties? Has the process exposed various scams and helped citizens in making wise choices? Can you cite some examples?

It would be better answered by the users of RTI mechanism who are better placed to assess its efficaciousness. The Commission in any case is ensuring compliance  with the provisions of the RTI Act, 2005.

Sometimes governments of all states and parties see the Commission and its work as irritations. But actually is not your institution a tool for good governance from which all parties can benefit socially and politically?

In the new rule notified recently, the tenure of Information Commissioners was curtailed to three years. The 2005 Act gave them a fixed tenure of five years or a retirement age of 65 years, whichever is earlier. Do these changes in any way affect the Commission?

After Parliament passed the amendment bill, the government said it was brought in good faith and will lead to institutionalisation of the Chief Information Commission and strengthen the provisions of the RTI Act. But the opposition parties, social activists and former Information Commissioners differ. Do you have a view on this?

The issues raised are hypothetical in nature.

Former Chief Information Commissioner Wajahat Habibullah has said that the present RTI Act is the best tool to ensure swachhta in governance. It is a cornerstone of democracy. Every year, lakhs of RTI applications are filed by people in India which is a major indicator of effectiveness in embedding the regime of transparency that the Act’s preamble spells out. Do you agree? Prime Minister Modi himself had stated at a convention of Information Commissions in 2015 on the relevance of questions and answers provided through the RTI Act to the government.

Yes. The RTI Act, 2005 acts as a very effective tool for ensuring transparency and accountability in the working of the public authorities.

Many are of the view that the RTI law is strong but it needs to be further strengthened in terms of appeals, process of appointment of Commissioners and Information Commissioners’ professional background. Also there is a need to review the areas/departments which have been kept outside the purview of the RTI Act like CBI and CRPF. Your comments.

The implementation of any act/rules/regulations, etc, is always a dynamic and an ongoing process.

Does the media play an important role in the functions you perform? What role do you see magazines like India Legal playing in helping or partnering with institutions like yours in making citizens more vigilant?

India Legal can help spread awareness of the provisions of the RTI Act to the general public by organising seminars/conferences and disseminating information about case laws/case studies for empowering the citizens.

What has been the impact of RTI on farmers and how useful is it to students?

The RTI Act is meant for the common man to seek information in accordance with the provisions contained therein.

In times of pandemics such as the coronavirus emergency what special role do you see for yourself, your agency and other commissioners?

The idea is to ensure disclosure of information in a transparent manner and to encourage suo motu disclosures so as to obviate the necessity for resorting to the RTI mechanism. Moreover, in a crisis situation such as the Covid-19 pandemic, it has provided the Commission with an opportunity to make effective use of technological tools such as audio/video conference which have yielded very positive results.

Consequent to the passing of the J&K Reorganization Act, 2019, the J&K Right to Information Act, 2009, and the Rules thereunder were repealed and the Right to Information Act, 2005, and Rules thereunder were enforced from 31.10.2019. The Central Information Commission held a meeting with the authorities of the UT of J&K to address concerns over the smooth and effective implementation of the RTI Act, 2005. It has accordingly commenced hearings through audio/video conferences in respect to matters relating to the UTs of J&K and Ladakh. The website of the CIC contains all further details in respect of activities undertaken by the Commission, till date.

Did you find apk for android? You can find new Free Android Games and apps.
Share
Facebook
Twitter
Pinterest
WhatsApp
Previous articleHIGH COURTS: LEADING THE CHARGE
Next articleGoing Home to Die on the Road