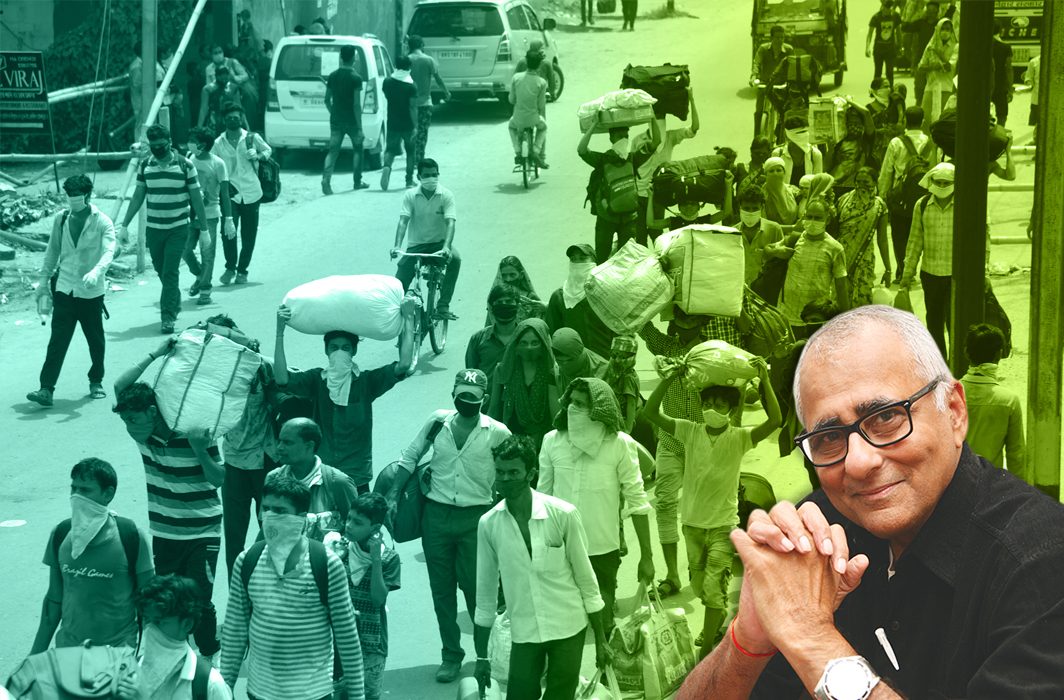 Under a poignant and evocative headline in this issue of India Legal, “Going Home to Die on the Road”, (read here) penned by the author himself, IIT science professor Dinesh Mohan addresses the gruesome phenomenon of India’s lockdown-smitten migrant workers being crushed to death on roads by vehicles as they trek hundreds of kilometres back to their villages, hungry, thirsty and desperate.

The adoption of these conventions, declarations, and charters, Mohan astutely observes, have made it possible for individuals, civil society groups and citizens’ organisations to demand safer products, safer working and living conditions and safer roads around them.

Referring to the death traps Indian highways have become for the barefooted migrants with no protection from State authorities, Mohan says: “We do have examples of the same bureaucrats and police officers preventing road traffic crashes when hundreds of thousands of kanwariyas take over the roads to march to Hindu pilgrimage places every year. Last year, we were driving on an expressway in Uttar Pradesh when we were suddenly diverted onto village roads because the main roads had been reserved for the kanwariyas! There were thousands of trucks also stranded on these roads and we had a hard time getting to our destination.

“I mention this event because it shows that the political and bureaucratic establishment can and does institute very harsh measures to protect a minority that it empathises with. The migrants did not evoke this empathy, compassion or fellow feeling, leaving many dead.”

This potent analogy succinctly sums up the callousness of the Indian State towards the millions and millions of the nation’s most vulnerable citizens in the greatest hour of their need. Fortunately, Mohan is not alone in his outrage. The National Human Rights Commission (NHRC) has called the treatment of migrant labourers by the Indian Railways “barbaric”.

And while India’s gargantuan political class and bureaucracy fiddled indifferently as misery and privation cut a huge swath across millions of defenceless human beings, Indian High Courts, at least 12 of them, Gujarat, Allahabad, Karnataka, Andhra, Madras, to name a few, rose to the defence of their countrymen in a powerful display of respect for human values and constitutional rights.

Thundered the Madras High Court: “The pathetic condition of migrant labourers…is nothing but a human tragedy.” The Court grilled the governments over measures being taken to address the situation and demanded to see statewise data on the migrant crisis. “It is a pity to see the migrant labourers walking for days together to reach their native places and in the process, some of them lost their lives due to accidents.”

As lawyer-journalist Neeraj Mishra tells us in his column in this issue (read here), with a humanitarian crisis of this scale and the media busy debating the number of buses and trains to take these migrants home and the government not even acknowledging the crisis, it was left to the judiciary, led by the Supreme Court, to step in. Surprisingly, it initially sidestepped the issue in all its orders, prompting cries of anguish in the legal fraternity, including from a former Supreme Court judge, Justice Gopala Gowda.

Finally, the Supreme Court on May 26, exactly two months after the lockdown was imposed and almost a month-and-a-half after the migrants understood that they had been dumped with no one to take care of them, issued a slew of directives to the government designed to ease the misery and privation of migrants, including basic measures like the provision of food, shelter, and free transportation.

How effectively the state and central governments will implement court orders is another matter—bureaucrats under political protection often disregard or pay lip service to judicial directives. This is a problem that Prof G Mohan Gopal, former director of the National Judicial Academy, former VC, National Law School of India, Bangalore, addresses in another article in this issue (read here).

Gopal asserts that migrants need strong human rights protection. While the courts have finally passed orders to give them relief, a strong new legal framework needs to be established to protect them and prevent such a monumental tragedy from ever happening again.

Justice is activated when it is affected by human suffering, says Gopal. “However, the Supreme Court needs to go beyond enabling the flight of migrant labour. It needs to establish a strong framework of human rights and principles that will protect our workers and prevent such a flight of desperation from ever happening again in our country. The Court must boldly live up to its justified billing of being a sentinel of fundamental rights, speaking truth to power (not just to the powerless). As a constitutionalist court in a democracy, the Court must set structural limits to State power such that the State can do no harm to this most vulnerable, impoverished section. State power must be used only to protect them.”

Gopal’s adumbration of specific measures and reforms which must emanate as a response to this human tragedy is a worthy expression and reiteration of the tenets of inalienable human rights, justice and the rule of law to which a nation must adhere if it is to live up to the ideal of seeing itself as a civilised society.

Did you find apk for android? You can find new Free Android Games and apps.
Share
Facebook
Twitter
Pinterest
WhatsApp
Previous articleMigrants Need Strong Human Rights
Next article“In a crisis situation like Covid-19, the Commission has an opportunity to make effective use of technological tools”: Bimal Julka