In Praise of the Messengers 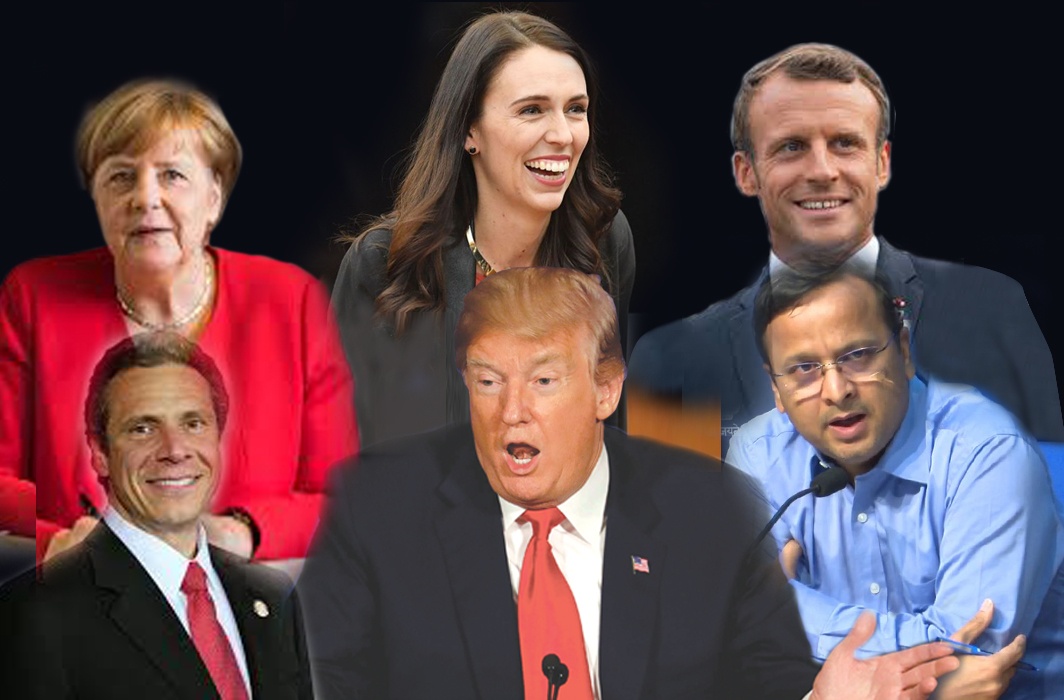 An in-depth article in the Harvard Business Review provides a historical perspective on how ‘”real leaders” are forged in a crisis. Dealing with the public in the midst of all the panic, deaths and deprivation caused by Covid-19 has challenged global leadership like no other time in living memory. They face the risk of dealing with bad news getting progressively worse, and how they respond separates the good from the bad, and the bad from the pitiful. This is the classic situation where the probability of the messenger getting shot is abnormally high. Despite that, many world leaders, spokesmen, scientists and politicians have emerged from this bruising encounter with reputations enhanced and an ability to calm troubled seas. Never before in history have we seen the necessity for almost every country on this ravaged planet having to hold daily briefings to inform and assure their citizens. And never before in history has there been a sterner test of trust and ability.

The obvious disaster in terms of daily briefings is President Donald Trump who uses the White House pulpit to brag, bluster and blame everyone he can, from The World Health Organisation, China and his predecessor Barak Obama, for the disaster which has seen America register the most deaths and infections in the world. His latest gaffe, to suggest that injecting disinfectant into the body was a possible cure, earns him the crown (corona) of the global threat, as many commentators have started describing him. His closest competitor for that title is Brazilian President Jair Bolsonaro who too has rejected science in favor of politics. So who are the leaders, scientists, politicians or spokesmen who have emerged from this unwinnable encounter with reputations enhanced and deserving of a place in contemporary history. Here’s my selection.

Jacinda Ardern: The 39-year-old prime minister of New Zealand has emerged as a real hero in her country thanks to the manner in which her government has kept the pandemic in check and also for her daily appearances on social media and press conferences where her honesty, openness and uncensored view of the threat from Covid-19 and why the steps she has taken are so necessary, has been both reassuring and convincing. A recent article in the authoritative magazine Atlantic describes her leadership style as being “one of empathy in a crisis that tempts people to fend for themselves. Her messages are clear, consistent, and somehow simultaneously sobering and soothing.” As an example of crisis leadership, she has been outstanding so far, holding Facebook Live sessions from her home dressed in a sweatshirt while chatting informally to the public. That is reflected in a recent poll which showed an incredible 80 per cent support for her government’s response to COVID-19.

Angela Merkel: It may be no coincidence that women are proving more effective leaders than their male counterparts in handling this devastating crisis. Merkel has communicated clearly, calmly and regularly throughout the crisis as she imposed ever-stricter social distancing measures on the country which have met with little political opposition. In Germany, the latest polls show Merkel’s handling of the pandemic has helped her achieve the highest approval ratings since 2017. Her big advantage is that she is, in fact, a scientist—she earned a doctorate in quantum chemistry and was working as a research scientist before she took to politics. Scientific thinking has remained integral to Merkel’s decision-making during the pandemic, which may be why Germany has emerged from the crisis relatively unscathed compared to the rest of Western Europe. As one commentator wrote: “She communicates with scientific rigor. She communicates with calm. She disarms hysteria.”

Emmanuel Macron: The latest polls show the French President’s popularity rating was the highest in more than two years. After a series of political setbacks in 2019, Macron, 42, has used the Covid-19 crisis to emerge as a kind of father figure, belying his comparatively young age. He has been at the forefront of efforts of ensuring that the European Union maintains its integrity, its open borders and democratic systems while also taking the lead in pressing, successfully, for the entire 26-nation European system to close its external frontiers. Macron has also taken a firm stance in his televised addresses, which are a mix of gravitas and authority, even as he stresses the seriousness of the situation, repeating his catchphrase:  “We are at war.”

Dr Anthony Fauci: They have labeled him ‘America’s Doctor’. At 79, Fauci, head of the National Institute of Allergy and Infectious Diseases in Washington, has become the most trusted voice in America. His calmness, credibility and scientific background—he has tackled H.I.V., sars, avian influenza, swine flu, Zika, and Ebola—   has ensured his position as a key member of the White House task force, often seen at the daily press briefings where he uses tact and diplomacy to divert some of President Trump’s bizarre suggestions.  A national poll showed that 78 per cent of participants approved of Fauci’s performance, which entails translating complex medical information into layman’s language, neither exaggerating nor downplaying the threat. Although he’s spent his career in government, Fauci has not lost the human touch, the key to his success as a credible communicator.

Lav Agarwal:  Possibly the closest equivalent to Dr Fauci in India, Lav Agarwal, 48, has become the most popular and high profile IAS officer in India. While his natural instinct is to be as low key as possible, the crisis has thrown the IIT-graduate into the limelight as he appears on TV every evening as the face and voice of the Narendra Modi government’s efforts to tackle the Covid-19 crisis during one of the longest lockdowns in the world. Agarwal, joint secretary in the Ministry of Health and Family Welfare, is the government’s official spokesperson when the country is grappling with its biggest health crisis in more than a century. His calm demeanor and diplomatic responses to media questions has elevated him to a position more crucial than the Union health minister. Remarkably, for a mid-rung officer, Agarwal has shown amazing maturity and diplomatic skills in handling the situation while quietly conveying the consistent message that there’s no reason to panic.

Andrew Cuomo: The Governor of New York has provided a lesson in leadership in a crisis as he tackles the most serious crisis his city, and state, has ever experienced. New York is the biggest hotspot in America with the highest number of infections and deaths but he has been a calm and strong voice in the storm, whether battling the Federal government over medical equipment and financial aid or reading out the latest Covid-19 casualties in his daily briefings, He is frank, assured and transparent when explaining the gravity of the situations his state is facing, and calling on his fellow New Yorkers to act from their stronger, more compassionate selves. It is a message, and a performance, that has led many commentators and politicians to urge Democratic Presidential candidate Joe Biden to appoint Coumo as his running mate for the November elections.

Did you find apk for android? You can find new Free Android Games and apps.
Share
Facebook
Twitter
Pinterest
WhatsApp
Previous articleSC Issues Notice For Refund For Air Tickets Cancelled Due To Lockdown
Next articleSC Warns Petitioner Of Fine, Says Challenge To the PM-CARES Fund Is Politically Coloured