With a dismal response from the centre regarding migrants, it was left to the courts to order that they be provided food, shelter and free transport, though the apex court faced flak for its delay. By Neeraj Mishra 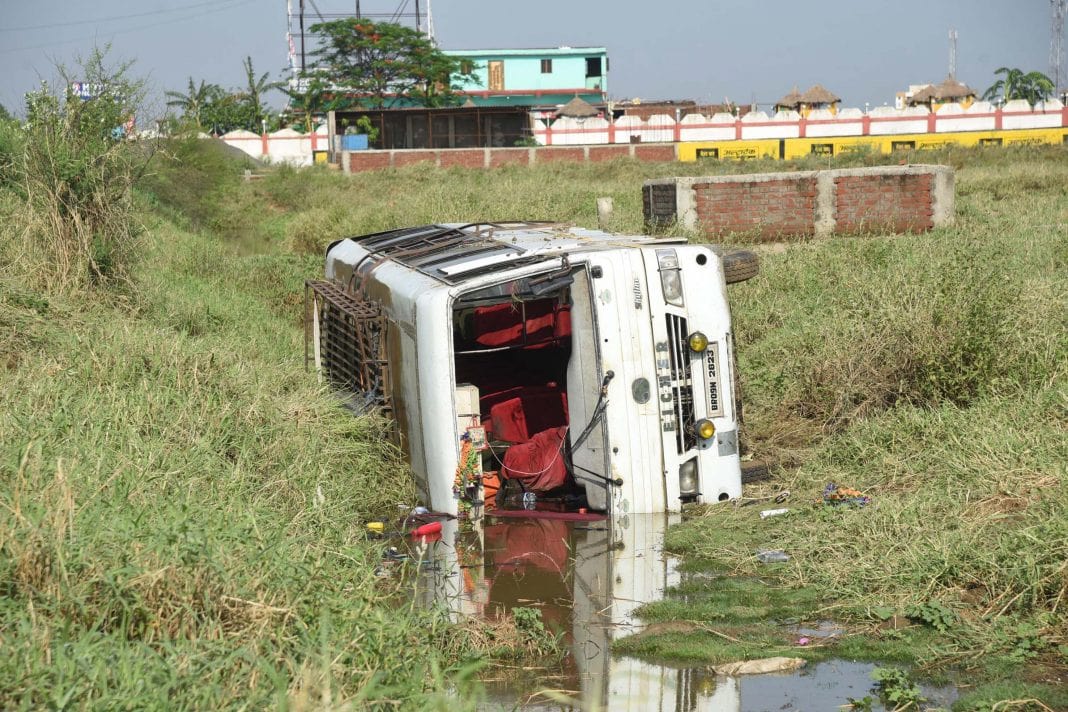 The right to life as enshrined in Article 21 of the Constitution has been interpreted by the Supreme Court to mean the “right to live a life with dignity”, which, in turn, ensures that the State does not shy away from its moral obligation of ensuring this. The unending parade of migrant workers on roads, railway stations and bus terminals is closely reminiscent of Partition in which an estimated 15 million people were displaced. Arguably, the displacement this time by the Union and state governments’ own admission and data from various public sources exceeds 20 million.

With a humanitarian crisis of this scale and the media busy debating the number of buses and trains to take these migrants home and the government not even acknowledging the crisis, it was left to the judiciary, led by the Supreme Court, to step in. Surprisingly, it initially sidestepped the issue in all its orders, prompting cries of anguish in the legal fraternity. A former Supreme Court judge, Justice Gopala Gowda, even compared it to the Jabalpur ADM case where the Supreme Court had believed the “lies” of the Indira Gandhi government that detainees were being kept in great comfort in prisons.  “ADM Jabalpur will no longer be remembered as the darkest moment of the Supreme Court. That infamy now belongs to the preventable migrant crisis,” Justice Gowda wrote in a column in a leading newspaper.

However, high courts covered themselves in some glory as they continued to question state governments and entertain PILs. The war of words between the NDA government and states began as soon as the centre announced its decision to start Shramik Special trains. The cost of tickets became a bone of contention. The government informed the Supreme Court that it was paying 85 percent of the cost, while the states were supposed to bear 15 percent. States such as Odisha and Bihar announced that they would bear the full cost and make payments directly to the Railways. The Congress’ Sonia Gandhi announced that the party would pay the cost of travel. Remember, all this was happening in the TV studios and press releases; nothing concrete appeared on the ground.

So, what was the ground reality? The workers were paying through their nose for the tickets which were priced almost double the normal fare. A PIL filed in the Gujarat HC finally drew its attention to this. It said that while NGOs and concerned citizens have been paying for the migrants to travel back, the state has abdicated its responsibility. Of the 22.5 lakh migrant workers in Gujarat, 11 lakh wanted to go back. But the state government informed the Court that as only 7,512 workers were registered under the Inter-state Migrant Workmen Act, it could pay only for them. This is the stark reality behind what is being mouthed every day on TV screens about migrants, free tickets, buses and permissions.

The Gujarat High Court finally decided that it had had enough of this. “This is simply not done,” it said. In an order passed on May 25, a division bench of Justices JB Pardiwala and IJ Vora said: “We direct the railway authorities to waive one-way charges of these migrant labourers or in the alternative, for the state government to bear such charges.” The Court further qualified its order by stating: “The state government shall ensure that migrant workers do not have to face further difficulties for the purpose of travelling to their native places. The work in this regard shall continue in the right direction.” The Court was also active in asking the government for all Covid-related data through its advocate-general. It even raised doubts about testing facilities and asked why private hospitals were not being allowed to test. “Is it to keep a check on the number of cases?” it questioned.

The Madras High Court has also been active in entertaining PILs related to the plight of migrants. On May 16, it raised questions about the responsibility of both the state and central governments. “The pathetic condition of migrant labourers…is nothing but a human tragedy,” it said. The Court grilled the governments over measures being taken to address the situation and demanded to see state-wise data on the migrant crisis. “It is a pity to see the migrant labourers walking for days together to reach their native places and in the process, some of them lost their lives due to accidents. All states should have extended their human services to those migrant labourers,” Justices N Kirubakaran and R Hemalatha said. The state responded by accepting that 53,000 migrants were being put in camps to look after their welfare.

The High Courts of Andhra and Karnataka too rose to the occasion, undaunted by the result of PILs in the Supreme Court on the migrant crisis. The Andhra High Court, while referring to Article 21 and the right to life, went into details of how migrants walking home should be treated. It issued detailed orders as to how tents should be pitched and how district collectors should take care of those walking home by providing food and shelter. The bench comprising Justices DVSS Somayajulu and Lalitha Kanneganti directed the state to appoint a nodal officer in each district to supervise the shelters for migrants. The officers should ensure social distancing at the shelters and stock enough food, it said. Till the time the mass road migration stops, these interim measures should be in place, the Court said. The Bench also stated that efforts should be made to convince the migrant labour to stop walking and to take transportation being provided by the government. It sought a compliance report from the government. The directions were detailed but perhaps needed tempering as the Court could have simply directed that the state provide free transport or food and water to migrants at their places of origin.

This is what the Supreme Court finally did on May 26, exactly two months after the lockdown was imposed and almost a month-and-a-half after the migrants understood that they had been dumped with no one to take care of them. So, they started the long trudge home. Be that as it may, the Supreme Court finally ordered “central and state governments to provide adequate food, shelter and transport free of cost to the migrants who are still stuck on highways for lack of transport”. The Court cited lapses and inadequacies in dealing with them and asked the central and state governments to give an account of all that they had done so far. The three-judge bench comprising Justices Ashok Bhushan, Sanjay Kishan Kaul and MR Shah had taken suo motu cognisance of the migrants’ plight after the Court faced continuous criticism from the legal fraternity, especially lawyers from the Supreme Court and the Bar Council of India, as also retired judges.

Justice Kaul, incidentally, was part of a bench which gave an order on May 15, where it said “that if the people are sleeping on tracks what can we do?” The Supreme Court had then dismissed a petition seeking an order that the centre be ordered to provide food and water to migrants on the move. “It is impossible for this court to monitor who is walking and not walking,” the judges had said. This comment created a controversy and was contrasted with that of many High Courts which called it a human tragedy.

While the judiciary may be criticised for waking up late to the migrant crisis, it cannot be blamed for the display put up by a large section of the media which scoffed at the crisis by saying it was engineered by either Muslims or Opposition groups. Some even questioned those who tried to provide transportation or food and did not spare those who approached the courts through PILs.

The executive itself, which should have been at the forefront and was expected to not only respond early but to have foreseen the crisis, is now resorting to shifting and apportioning blame.

In the end, we must all be thankful that we have an active judicial system with responsible judges, whether they are working in the lower judiciary or at the very top.

Did you find apk for android? You can find new Free Android Games and apps.
Share
Facebook
Twitter
Pinterest
WhatsApp
Previous articlePM Modi: As Country Opens Up, Stick To The Do’s And Dont’s Of Lockdown
Next articleIs Trending Towards Veganism Is That Healthiest Option As It Seems To Be?