The sedition law is in the process of being judicially reviewed by the Supreme Court. The India Legal show on APN channel, hosted by the channel’s Editor-in-Chief Rajshri Rai, assessed the concerns raised by the flagrant misuse of the infamous Section 124A. 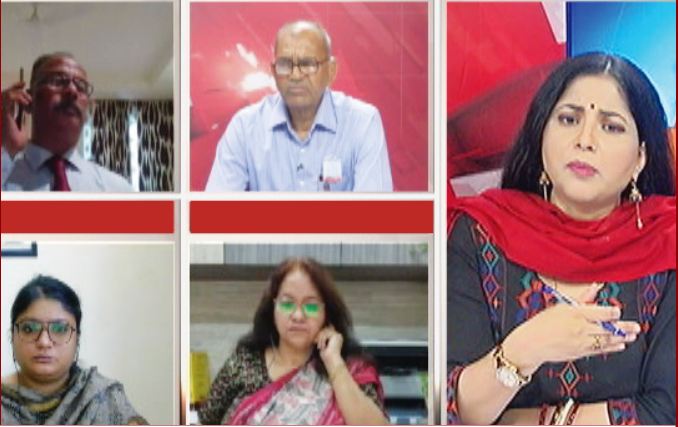 Recently, the sedition law was challenged in the Supreme Court after which the Court put an interim stay on it. The Court heard petitions challenging the validity of Section 124A of the Indian Penal Code (IPC) seeking directions to quash it. In the consequent interim order, the Court made three important points. Firstly, no case shall be registered under the sedition law. Secondly, the cases which are already registered under this Section will be kept in abeyance. Thirdly, these orders will remain in force until the Court gives any further order or the government does not take any decision on the sedition law.

Now the question uppermost in all minds is: Will the sedition law be repealed by the Supreme Court? Radhika Jha, a research executive with Common Cause, which is one of the petitioners in the case, said: “The thrust of our petition was the misuse of the sedition law to throttle freedom of expression. We had prayed that criticism of the government in no way can be construed as sedition. If someone is drawing cartoon, raising Dalit rights’ issue or invoking Pakistan in one’s comments, it shouldn’t be construed as sedition.”

During the hearing, Attorney General of India KK Venugopal had argued that the misuse of Section 124A has been brought under control. At the same time, after the verdict, the Union Law Minister Kiren Rijiju felt that the Court was encroaching on the Lakshman Rekha between the Executive and the Judiciary, and said no one should cross their “boundary”.

Justice MK Sharma, former judge of the Supreme Court, placed the issue in perspective. He said: “The law commission had also the looked into the sedition matter and had opined that sedition law can be applied when the intention is to disrupt the public office or public order or to overthrow the government by violence and illegal means. Over the years, despite many cases and opinions, the sedition law has been retained in our statute, but unfortunately, it is being used by some of the central and state governments when there is dissent. It is also being used at times against political rivals. That is where the law is being misused and the Supreme Court has to step in as its constitutionality is being questioned. The government had assured that it wanted to relook at the law. However, the Supreme Court stayed the law in its interim order and asked not to file fresh FIRs as per Section 124A of the IPC. If the government says that the courts are crossing the Lakshman Rekha, it is wrong. When Constitution is under test, the highest court has to step in.”

If the political class is guilty of misusing the sedition law, the complicity of the police also can’t be overlooked. It is a situation of quid pro quo. Take the instance of arrest attempt of suspended IPS officer GP Singh on charges of sedition by the Chhattisgarh police. Singh got a reprieve from the apex court. While providing relief, the Court made a significant observation. The chief justice of India said that as long as a police officer supports the party in power, things are smooth. However, if the party loses power, and a new party comes to power even sedition charges are levelled against the police officers by the new party in power.

The recent Rana couple case in Maharashtra is another instance where police went overboard in framing sedition charges against the Hanuman Chalisa reciting couple.

Aditya Arya, former DGP, said: “At one level, the interpretation of the sedition law by the police is also creating problems. Take the case of the Rana couple in Maharashtra. Prima facie recitation of Hanuman Chalisa should not be a case of sedition, but the couple was booked under Section 124A. In 1860, when IPC  was enacted, there was no 124A provision. After 30 years, in 1890, Section 124A was included in the IPC. Later on, it was used against Indian freedom fighters. However, in the 1962 Kedar Nath case, the Supreme Court, while upholding the sedition law, maintained that it is against the right to freedom of expression guaranteed by the Constitution, and that mere sloganeering cannot be equated with sedition. The Supreme Court while upholding the constitutional validity of the sedition law, attempted to restrict its scope for misuse. The Court held that unless accompanied by an incitement or call for violence, criticism of the government cannot be labelled sedition. Generally, the police action is partisan and not as per the law.”

If we look at history, the IPC was written and implemented in 1870 during the British Raj. During this time, the law of sedition was formulated by James Stephen. He had also left the application of the sedition law to the discretion of police… this is going on till today.

Jana Kalyan Das, senior advocate of the Supreme Court, said: “The sedition law is a remnant of the colonial era. It was included in the Indian law by the British. However, with the passage of time, sedition laws have been abolished in most of the countries across the world. In the United Kingdom, it was abolished in 2009. But, it is subsisting in IPC. The law has three segments: punishable up to life, punishable up to three years and punishable by fine only. The law is being grossly misused. The Law Commission has not given recommendation to abrogate the law.”

The National Crime Records Bureau (NCRB) figures show that 322 cases of sedition were registered in five years between 2016 and 2020. Of these, 422 people were arrested. But during this time, only 12 people could be proved guilty of treason and they were punished. This not only clearly shows the arbitrariness of the police, but also gross violation of human rights.

Jyotika Kalra, former member of the National Human Rights Commission, said: “The sedition laws have been used brazenly by the government and police alike. In the Kedar Nath and other cases, the Supreme Court has stressed the sacredness of the right to expression, however, with reasonable restrictions. It has laid down clear guidelines and enunciated guideposts for action in sedition cases. Despite such an extensive body of judgments, there is wanton misuse of the law. The National Human Rights Commission is powerless to act against sedition FIRs because the right to quash an FIR lies with the courts, and when such legal impropriety is brought before the courts, it has provided relief.”

In 1979, India ratified the International Covenant on Civil and Political Rights (ICCPR), which charted internationally recognized standards for the protection of freedom of expression. However, misuse of sedition and filing FIR under arbitrary charges conflicts with India’s international commitments.

Das held that the flagrant misuse of sedition laws at the ground level is a reason strong enough to abrogate the law. He said: “No piecemeal changes should be brought in the sedition law. It should be fully abolished. Take the case of TADA. It was so much misused that ultimately it was abrogated by Parliament. India is signatory to many international, multilateral forums. A way should be evolved to form consensus against such draconian laws at such conventions as well. All laws have to take care of individual and State needs. A balance needs to be maintained. Individual rights need not be trampled at the cost of the State. However, the way things stand, the need of the hour is for legal engineering to abolish sedition law.”

The conviction rates in sedition cases are very low. Between 2016 and 2019, the number of cases registered under Section 124A of the IPC increased by 160%, while the conviction rates declined to 3.3% in 2019 from 33.3% in 2016. These are the figures of the NCRB. Out of the 96 suspects arrested for sedition in 2019, only two men have been convicted. Obviously, there will be loopholes in the charge sheet. There is bound to be questions on the methodology of arrest.

Arya said: “The implementation of the sedition law depends on how the police interprets public disorder. The interpretation of law varies. How a lower level police officer interprets a law is different from how a senior police officer does. However, the FIR is registered at the police station level where the SHO is in charge. How he apprehends a situation and how he imputes a law is entirely dependent on his interpretation of the law. This is part of the problem.”

The right to freedom of expression is an essential feature of democracy. Public should be given ample space to voice their opinion even if it is not in consonance with the government line. The Supreme Court caveat, given in Kedar Nath case, on prosecution under the law can check its misuse. Of course, it is essential to protect national integrity. This is quite clear from the statement of the government on the floor of the house wherein it held that “there is no proposal to do away with the provision under the IPC dealing with the offense of sedition. The provision needs to be retained to effectively counter anti-national, separatist and terrorist elements.”

Jha said: “Though the Supreme Court has frozen the sedition law, we will take it as a positive step if the government still revokes the law. Sedition law is one of the many laws which needs to be relooked at. Many draconian laws like the UAPA are still being used as suppressionary measures. Corrective action is needed by the courts or the government with regard to such laws.”

The Delhi High Court judgment in the Disha Ravi case clearly stated that the government could not put citizens behind bars “just because they decided to disagree with the policies of the state”. These decisions are completely different from the government’s interpretation of the sedition law. Though the apex court has stayed the sedition law, the government is still free to pursue cases under other laws, such as the Unlawful Activities (Prevention) Act. This grey area is a matter of concern.

Justice Sharma had the last word on the sedition law. He said: “Law is never static. It changes with the passage of time and perception of people. Concern has been raised not only against the sedition law, but also against a host of other draconian laws like the UAPA, MOCOCA, AFSPA. The government should see that it is not misused and be used to smother basic rights of the citizens. However, in the particular case of the Section 124A or the sedition law, my view is that it should be done away with.”

The sedition law will be tested now on the touchstone of the Constitution. If it is abrogated, the focus will shift to other draconian laws which are intact in the statute books and prone to misuse. However, in the final analysis, it is the wisdom and conscience of the upholders of law which makes the difference, and they should be at all times be answerable to the Indian Constitution.