Slogans that Changed the World 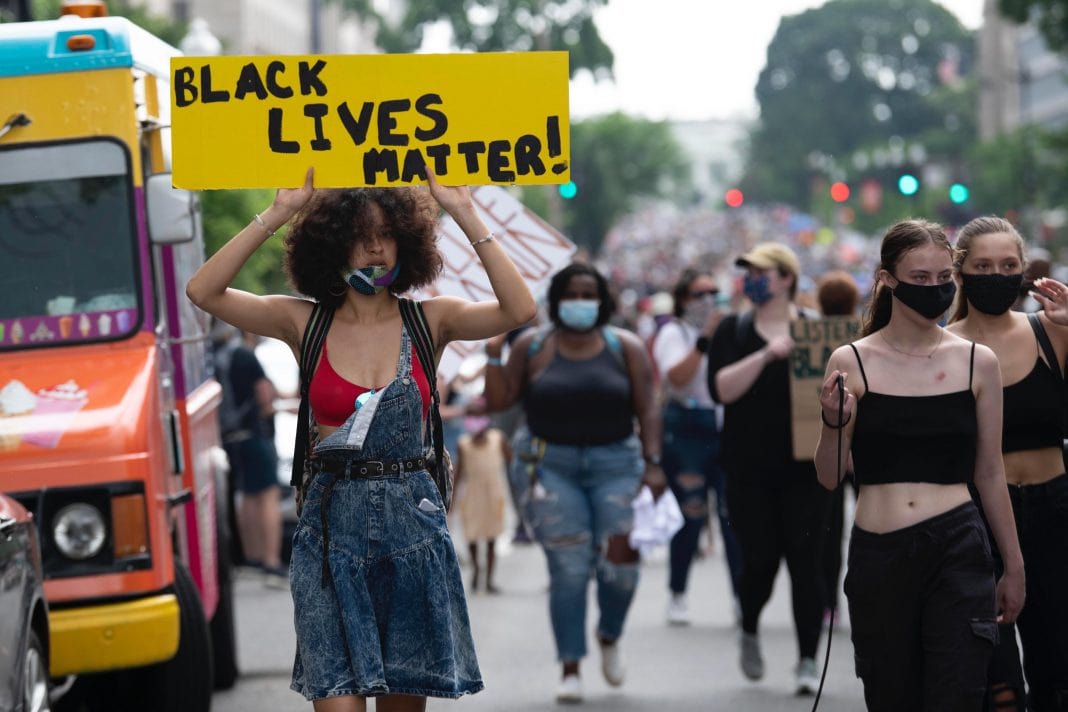 It’s amazing to see how one line, one last breath, can become a slogan that creates a revolution, a movement and a tipping point. That one line is ‘’I Can’t Breathe’’ uttered by George Floyd, the black man who died after a police officer kept his knee on the victim’s neck for over eight minutes, leading to him choking to death. In the wake of that incident, protesters across America, and indeed, the world, have been holding up banners with Floyd’s last words, now a rallying cry and a global display of anger against police brutality, racial discrimination and in support of civil rights. That slogan has resurrected another, Black Lives Matter, now painted in giant letters on a Washington street not far from the White House. The movement caught on after the 2013 killing of another black man in America, and became a global human rights movement. The hashtag #BlackLivesMatter is now used in online campaigns against violence and systemic racism. The original slogan depicting anger against racial discrimination was Black Power, largely a political slogan heard in the late 1960s and early 1970s, emphasizing racial pride and the creation of political and cultural institutions to nurture and promote their collective interests and image.

Every slogan has a context, circumstances that give rise to the words and make them effective. Here are some that changed the world and societies.

Quit India: Mistakenly attributed to Mahatma Gandhi, it was the clarion call for the nonviolent movement against British rule and eventually led to the country gaining independence. An accompanying slogan was Jai Hind, which originally meant “Victory to India” and was used during India’s freedom movement as a battle cry for the Indian National Army led by Subash Chandra Bose. Post-independence, it became a salutation and a sign off in political speeches meaning ‘Long Live India’.

Liberté, égalité, fraternité: Perhaps the most eloquent and effective slogan in history and now the national motto of France. It originated during the French Revolution in 1789 when it became a rallying cry to overthrow the monarchy and eventually gave birth to a republic. More importantly, it led to far-reaching social and political change in France. Historians regard the Revolution as one of the most important events in human history.

Let a hundred flowers bloom: Mao’s famous exhortation ostensibly encouraged citizens to openly express their opinions of the communist regime. It was to prove tragically short-lived but as s slogan, it is now symbolic of China’s economic success.

Make love, not War: The anti-Vietnam war slogan associated with the American counterculture in the 1960s. It became a universal protest against all wars around the world.

Workers of the world, unite: The famous rallying cry from The Communist Manifesto by Karl Marx. The slogan urged members of the working classes throughout the world to oppose capitalism and led to the formation of many communist governments.

Burn the Bra: While it remained mostly a slogan, it is the one that is most remembered as fuel for the movement for Women’s rights in America in the 60’s, and eventually, around the world. The origin was Freedom Thrashcans that appeared at Miss America pageants into which women threw items of feminine attire, including bras.

I Have a Dream: Martin Luther King’s legendary speech which galvanized the Civil Rights Movement and led to the Civil Rights Act of 1964, which outlawed discrimination on the basis of skin colour.

Hum Dekhenge Ge (We shall bear Witness) written by Faiz Ahmed Faiz. The poem was initially a protest against the regime of Zia-ul-Haq, the President of Pakistan, who imposed martial law. In recent times, the refrain has become the protesters’ manner of letting those in power know that they are bearing witness to discrimination and police brutality.