Smell the coffee & amend the policy on COWIN registration, SC to Centre 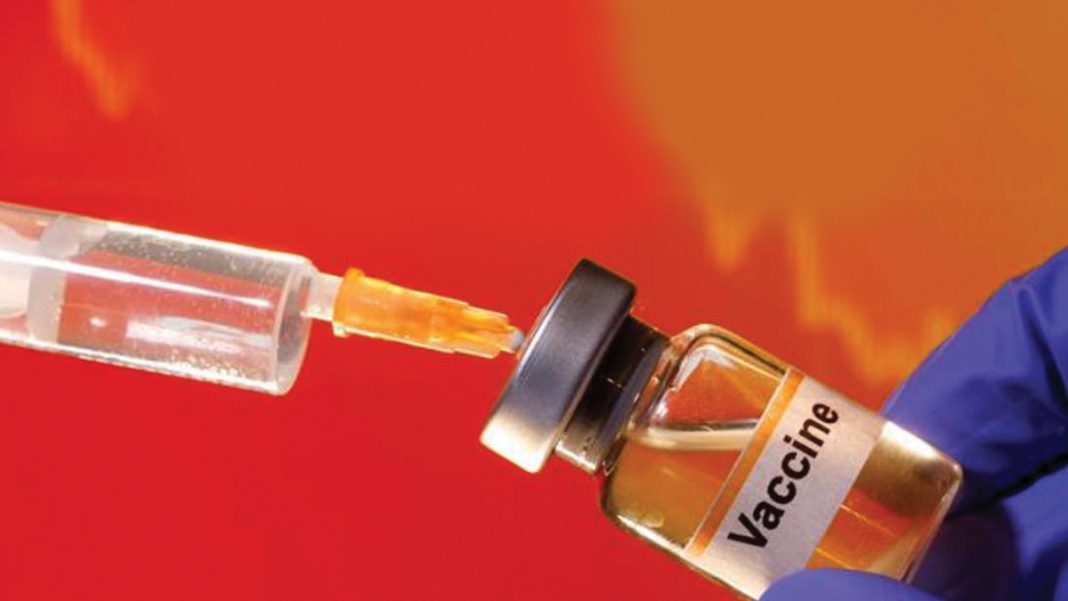 The Supreme Court of India heard the Solicitor general today to assess the measures, policy and actions taken by the Central government with respect to the acquiring and administering the COVID19 vaccines. The matter is of the Suo Moto cognizance taken by the Supreme Court by virtue of which the National Task Force was set up. The bench today has restricted itself to only hear the Solicitor General and the court appointed Amicus Curiae on the procurement, distribution and administration of the vaccines, the ground reality and the policy made thereof.

The Solicitor general told the bench that the National task force has been made and a graph report is also ready and it shall be submitted before the bench once the task force reviews the report. The Solicitor General (SG) informs the Apex Court that the entire eligible population of the country would be vaccinated by the end of this year and the same may be expedited if the central government successfully acquires foreign vaccines from corporations like Pfizer and Moderna which the SG is positive the Central Government will acquire.

The bench asks about the dual pricing policy of the Central government with respect to the acquiring of the vaccines by the center and the states, ideally this policy is making the states compete for the same vaccine. The Bench also points out that different Municipal Corporations and states and even civic bodies are floating Global tenders to acquire vaccines, Is this the policy of the Central Government that the states would fend for themselves and the Union does not act as a single or sole agency. It was pointed out to the SG that different states have different capacities, the Bombay Municipal Corporation alone would have a budget as high as some states and thus the state or entity with a larger or higher capacity may easily acquire while the state with a weaker capacity would be left to fend for themselves. Justice Chandarchud pointed out that BMC did receive bids in contravention to the argument of the SG that the global vaccine producers only deal with countries. India should act as a single agency and not be divided amongst itself and the responsibility to ensure that by the virtue of the Indian Constitution is that of the Central Government’s.

Justice Chandarchud lists the issues before to the SG about which the court shall expect explanations from the SG and the Amicus Curiae,

• ​Central Government pays a cheaper rate of the same vaccine for which the the states are paying a higher rate, why cant the states purchase the vaccines at the same rate as the central government, they are also purchasing in bulk.

• ​There should be no distinction now between the categories of citizens, i.e. between the people aged more than 45 years and people in the age group between 18 to 44 years of age as the second wave of the pandemic hit both the categories equally and adversely.

• ​Why is COWIN registration mandatory even for rural areas, the bench understood the contention of the SG that the dweller has to approach the computer center and get their registration done but the same in no manner is practical. How does the Central government attempt to fight or tackle the digital divide between the urban and rural dwellers of the country.

Justice Chandarchud being the chairperson of the E Committee points out to the immense difference in digital literacy between the urban dwellers and the rural dwellers. The SG points out that the said registration process is imperative for contact tracing.

There must be a certain level of flexibility on part of the central government, the policy cant be so ironclad that it is not amendable, the problems in the policy was pointed out by the bench earlier but no attempts to amend the policy was made by the Central Government. The bench has demanded the same policy document from the SG.

The Amicus points out to the fact that there is walk in facility for the 45+ category and registration is mandatory for the 18-44 years category. There is no change in the policy with this respect and there is a huge delay in COWIN appointment and slot booking.

The bench states that there needs to be a proper mechanism of dealing with the situation as the SG likes to call it, the same is “dynamic” in nature, and because it is dynamic the mechanism currently adopted which is to make ad hoc decisions as and when the need arises isn’t the best way to go about it. The same needs improvement.

The Amicus pointed out that India had one of the finest distribution policy and infrastructure since 1978 to 1st May 2021, and that was going in our favor and we can see that by the smooth vaccination drive of the 45+ category but the new policy calls for a different distribution system, different in the sense there is no distribution system now for the 18-44 category, the states have to make their own and see what best suits them. Furthermore, out of the vaccine surplus the center acquires, states would receive the vaccines for the 45+ category on a pro rata basis and the method is plausible.

Justice Rao points to the scientific distribution and prioritizing methods and is of the opinion that the same should be adopted but the major challenge we face in adopting that is the current infrastructure ie COWIN which confines the registration process to first come first serve basis and hence in order to adopt the priority vaccination model a policy change is required.

The Amicus is of the opinion that the original policy on vaccination is to be reserved and adopted which follows the 45+ age group vaccination drive model as that was very smooth and effective. It is further pointed out by the Amicus that the claim of the SG to vaccinate the whole population within the next 6 months is a wild dream, going by the current production capacity of the three approved vaccines in administration that is the COVAXIN, COVISHIELD and SPUTNIK V, vaccinating the whole population in the next 6 months is impossible. Furthermore, to substantiate the said claim of the SG the government senior officials have also relied on the administration of vaccines which are still in development and haven’t been approved yet, and whether or not they will be approved is still a mystery.

Furthermore the points of considerations which were put before the bench included the situation with the crematoriums in the country and the dignity of the dead. There are a lot of crematoriums inside the country which are not operating in the pandemic situation, the capacity is available but not operative. The operation of the same would allow dignified last rites of the dead and even control the spread of the virus as the operational crematoriums get overcrowded. Furthermore, a lot of poor sections of the society find the cost of performing the last rites of their family members high and thus there should be some concessions offered to them by the state government, or else improper disposal of bodies would take place as are taking place today and would create a huge problem in controlling the spread of the virus.

The learned SG requests the bench and the Amicus to wait for him to file his affidavit as the government is headed in a positive direction with respect of all the aforementioned subjects.

The Bench states that the current policy is completely and solely exclusive to the urban areas and there is absolutely no scope of service to the rural areas of the country. The bench allows the SG to file his affidavit along with the policy document and the thinking behind scrapping the previous policy and adopting this policy within the next two weeks, post which the bench shall determined what all amendments are required in the current policy and assess the measures taken by the Center to prepare for the third wave of the pandemic.