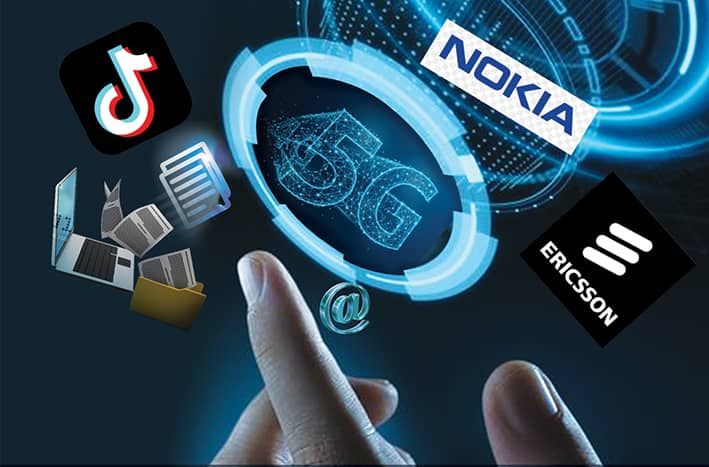 The new type of mercantile war links technological innovation and capabilities to a nation’s security, economic prosperity and social stability. The world faces a difficult choice—to counter Chinese expansionism by restricting access to its technology and products or back the US led by an unpredictable and volatile president

Millions of Indians are mourning the sudden loss of Tik Tok, the insanely popular video sharing platform. It has fallen victim to the new global trend spreading across the world: techno-nationalism, which many describe as an emerging weapon in international and bilateral relations that could fundamentally alter geopolitics and global commerce. India’s ban of Tik Tok and 58 other Chinese apps, unprecedented and knee-jerk as it may be, is in response to China’s expansionism in Ladakh which led to the death of 20 Indian soldiers. The ban is also part of a broader trend of using public policy to send a political message. While techno-nationalism is not a new concept—Japan and the US have used it effectively in the past—it is only recently that it has acquired a sharper, more dangerous edge, a new Cold War based on technological prowess and development. In that sense, China’s rapid rise as an economic and technological power, second only to the US, has spooked many countries since it has also led to Chinese companies creating rivals to technology and social media giants like Google and Facebook which are banned in China.

While the US, through Secretary of State Mike Pompeo, hailed India’s ban on Chinese apps, it was also a reflection of the growing schism between the world’s two largest economies, America and China. The trade war between the two countries has again acquired dimensions of techno-nationalism with the US spearheading a global campaign to impose a ban on Chinese technological giant Huawei from its 5G networks. A number of other countries already have, or soon will, follow suit. Australia has done so, citing security concerns, so has Canada after it arrested Meng Wanzhou, Huawei’s chief financial officer, on a request from the US. Britain is expected to announce a ban on Huawei participating in its 5G rollout as a reaction to the new security law in its former colony, Hong Kong, while the European Union is considering proposals that would effectively amount to a de-facto ban on Huawei equipment for next-generation mobile networks. Brussels has called for a joint effort to counter inroads by China’s state-backed companies to influence the International Telecommunications Union (ITU) and the International Organization for Standardisation. Japan is also imposing restrictions on Chinese technology companies, including a bar on Huawei from its national telecom infrastructure and has also banned its Coast Guard from using Chinese-made aerial drones citing national security concerns. Meanwhile, Chinese Artificial Intelligence companies face fresh US bans on human rights grounds.

All that points to rising techno-nationalism across the world; a new type of mercantile war that links technological innovation and capabilities to a nation’s national security, economic prosperity and social stability. The targets are what are described as non-state actors but many countries view Chinese technological companies as being handmaidens of the Communist Party. Huawei, for instance, has been accused of playing a role in China’s external espionage apart from the well documented support it gets from Chinese-owned banks. The US is looking at countermeasures to the multi-billion dollar credit lines and other financial assistance that Huawei has been receiving from China’s state-owned banks and institutions. This government assistance has allowed Huawei to offer high quality equipment at highly competitive prices when bidding for contracts around the world and has expanded Huawei’s R&D war chest. To counter Huawei’s dominant market position in wireless technology, Washington is exploring ways to fund Nokia and Ericsson, two of Huawei’s rivals, and supporting a new strategic alliance involving Oracle and Cisco, two US companies which operate in the same space as Huawei.

Techno-nationalism is meant to attain competitive advantage for its stakeholders, both locally and globally, and leverage these advantages for geopolitical gains. At a local level, it translates into public pressure on governments to act against certain countries or entities. In the wake of the Ladakh clash and the death of Indian soldiers, television screens and social media was full of images of Indians destroying and stamping on Chinese products, including TV sets and mobile phones. Incidentally, Chinese mobile phones make up 75 per cent of the market in India thanks to affordability as is the case with a majority of Chinese products and accessories. Public pressure and sentiment played a major role in the Indian government announcement of a ban on Chinese apps and also cancelling Chinese involvement in a raft of infrastructure projects. The anti-Chinese sentiment across the country has introduced India to the new battleground.

Techno-nationalism is a battle that cuts both ways. Beijing recently ordered its public institutions and government agencies to stop using foreign-made computers and software, a move obviously aimed at American companies. That essentially signals that the world has entered a new era of competition between the West’s liberal, laissez faire model and China’s state-centric capitalism. What that implies is the increasing use of technology to promote a stronger national identity. Differences in ideological values are helping to accelerate the adoption of competitive techno-nationalist policies. Much of the new rise in techno-nationalism is a desperate attempt by the West to regain lost ground thanks to the decline of the Western-led world order.

A recent paper by the World Economic Forum notes that: “After years of rising global connectivity, the anti-globalization blowback has manifested in the rise of techno-nationalism.” It also strikes a warning note, asking whether in such an interconnected and tech-driven world, can protectionist stances on technological innovation and transfers around the globe even work? India will be a test case, considering the deep inroads Chinese companies have made into the Indian marketplace and among tech-savvy young Indians, the main reason why Tik Tok’s biggest market was India. However, America’s actions show that Techno nationalism is beginning to hurt China. Pan Jiafeng, President of the Institute of Science and Development at the Chinese Academy of Sciences, was quoted as saying that China has felt increasing difficulties in personnel exchanges and high-end imports in the past two years. America, with its huge technological base in the San Francisco area, is in a position to really turn the screws, literally. The latest round of US export controls have only exposed China’s massive reliance on foreign technology—especially semi-conductors.

In that sense, what techno-nationalism is also doing is for governments to encourage domestic innovation in technology. India’s stress on “Atmanirbhar Bharat” or self-reliant India is connected to the blowback on China, with one of the five pillars enunciated by the prime minister being “technology-driven systems”. The catch here is that such a policy is also susceptible to what is called the “Galapagos Syndrome”, a thesis that argues that protecting local industries creates national brands but it inhibits their ability to adapt and compete in global markets. The other challenge is that Atmanirbhar Bharat involves massive investments in public-private partnerships around R&D and technological development.  That perhaps explains why the Indian government has asked Chinese tech companies to respond to the ban and provide proof that they are not passing on data and information to Beijing. At its heart, the new Cold War, or what can be called Software Power, revolves around data privacy, surveillance, censorship, transparency and intellectual property.     The US can compete with China and also has the resources to invest in Making America Great Again, but on the other side, we have President Xi Jingping’s ambitious “Made in China 2025” plan which involves moving away from being the “world’s factory”, producing cheap, low-quality goods to encouraging production of high-value products and services, like aerospace and semi-conductors to help achieve independence from foreign suppliers. The thrust is to make China a more technology-intensive power. Coupled with that is a new aggressiveness in terms of expansionism, as India is discovering. As techno-nationalism spreads and acquires a sharper edge, the world will have to decide on which side of the table to place their bets. Already, a large number of countries are indebted to China because of financial aid and huge projects, apart from the size and spending power of its consumer market. Fence sitters like India will move closer to the US, hoping to benefit from its diplomatic and financial support, more so now thanks to the new hostility in Indo-China relations.

Techno-nationalism is the new game in town, and the world faces a difficult choice—to counter Chinese expansionism by restricting access to its technology and products, or back the US led by an unpredictable and volatile president who, according to his former national security adviser John Bolton, believed that Finland was part of Russia.