There is need for another green judge in India 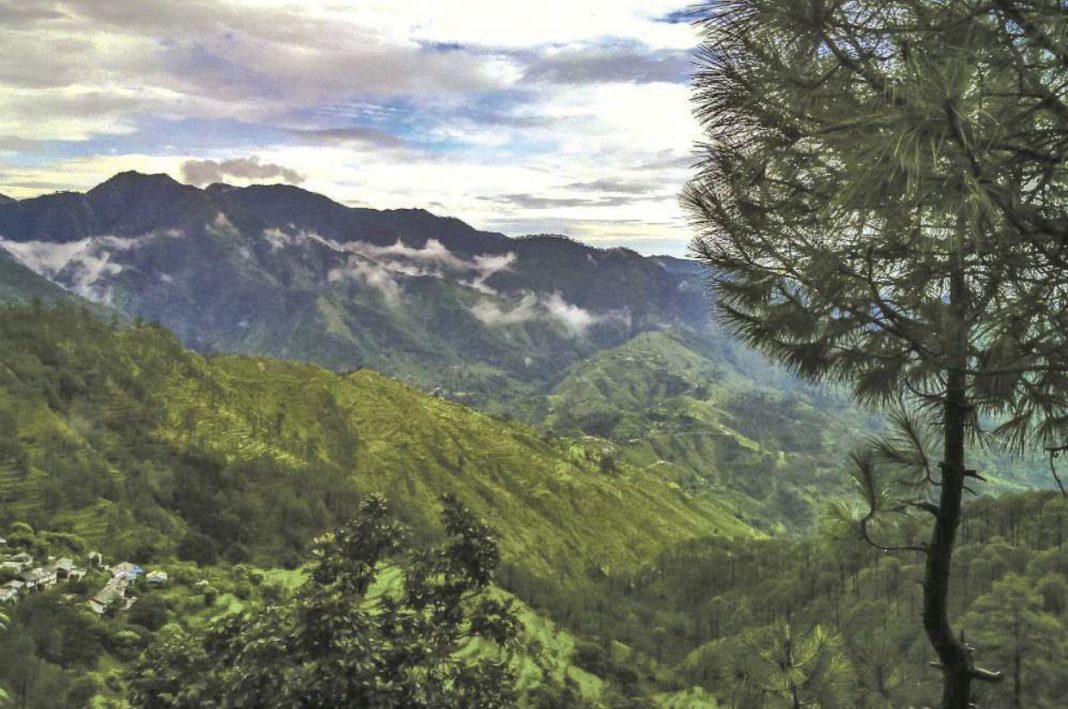 No city enjoys inexhaustible natural resources. Thus, it is this judicial activism spearheaded by the likes of Justice Waziri in recent times that shall play a significant role in shaping the near future seeking to replenish, care, nurture and augment the said limited resources.

The Chief Justice of India S.A. Bobde, speaking at the valedictory session of the International Judges’ Conference on ‘Judiciary and the Changing World’ in the National Capital on February 23, expressed his views on a single system of laws, calling it the greatest need for environmental issues as they must not be hindered by national or international borders. The Hon’ble CJI went on to state that the

Judiciary is the guardian of constitutional values and serves to counter-balance populist forces in a commitment to the rule of law.

Having said that, it is apparent that the whole planet has experienced dramatic environmental changes over the past two decades. Air Quality Index (AQI), gas chambers, greenhouse effect, global warming etc. are some of the few terms that have been added to one’s daily dictionary in recent times.

That also having been said, one can only ponder over adopting such stringent environmental policies and regulatory frameworks that pose a system of proper checks and balances and provides for harsher punishments for its violations. However, such statements are futile when effective implementation, enforcement and compliance of such policies and framework continue to pose challenges.

This is where the judiciary comes into the picture and plays a pivotal role in meeting these environmental enforcement and compliance challenges. For instance, on December 18, 2008, the Philippine Supreme Court decided to issue a continuing mandamus to all government agencies requiring the clean-up, restoration and preservation of Manila Bay.[1] A Manila Bay Advisory Committee (MBAC) was constituted, time and again, as recently as in 2020, tasked to minutely monitor the implementation of the 2008 decision by the Philippine Supreme Court.

Justice Kuldip Singh (Retd.), earned his name as the “Green Judge” by leading the environmental bandwagon when his lordship coined the principle of polluter pays, precautionary principle and the doctrine of public trust. Justice Singh passed various crucial judgments on several environmental issues during his tenure, including issuing guidelines for industries around the Taj Mahal.

On one such occasion, Justice Singh ordered the closure of aged and coughing textile mills functioning in the congested areas of the national capital and directed the government agencies to develop more green areas within the city. During his tenure, Justice Singh had create the sense of terror amongst the polluting industries and anti-environment lobbies, including bureaucracy. Justice Kuldip Singh retired as a judge from the Supreme Court of India on December 31, 1996.

The “post” of the Green Judge, after the retirement of Justice Kuldip Singh, fell “vacant” for almost two decades. Our country could not find a suitor who could live up to the name and carry the torch. However, saddling it onto himself, Justice Najmi Waziri of the Delhi High Court, has started his crusade for the cause of environment in the latter part of the last decade, pursuant to his appointment as a judge.

I have had the pleasure of appearing before his lordship on many occasions. As first hand experience, I recall an encounter recently in a matter before the Delhi High Court, when his lordship, troubled with the degrading air quality in the national capital, observed in open court that

considering the increasing levels of pollution in the city, the best dose of medicine for the residents of Delhi and adjoining areas is a breath of fresh air, which can only be achieved by planting more trees within the city besides preserving the existing ones.

In his pragmatic approach, Justice Waziri uses his dauntlessness and innovative use of the law, to further the “green” cause regardless of the nature of cases before him. Recently, in Merck Sharp & Dohme Corp &Anr. vs. Abhayakumar Deepak &Anr.[2], in a contempt case for willful breach of the Court’s orders passed in a civil suit seeking injunctions against the Respondents, Justice Waziri, on an acknowledgement of guilt by the Respondents, imposed a cost of Rs 80 Lakhs on the Respondent in view of the good stature of the respondent and the extensive business and financial footprint of the company.

However, his lordship emphasized that the sum ought to be utilized for the larger public good. Therefore, his lordship, took judicial note of the degrading air quality in Delhi and its deleterious effects in great detail, ordered the Respondents to plant 1,40,000 trees on the Central Ridge, specifying that the plants shall be of deciduous indigenous variety and shall be of nursery age of three and a half years old and have a height of at least six feet. The Respondents were further directed to take care of the plants at least till a certain time.

Another instance of his lordship’s widely publicized boldness and affection for the environment is when Justice Waziri pulled up the Delhi Government and directed it to undertake plantation of 99,930 saplings as compensation. However, the shaken Delhi Government went up to plant 3.2  lakh saplings in the city, increasing the same four-fold.[3]

On another occasion, in an industrial disputes-related case[4], Justice Waziri directed the MCD to plant 500 trees in the riot-affected Northeast Delhi. Justice Waziri went on to observe that the

“…visual relief and therapeutic effects of greenery around one’s place of work, residence or in one’s neighbourhood cannot be overemphasized. All-the-more, in a post-riot scenario where thousands of citizens have suffered damages in body and mind, the presence of large number of trees and greenery will surely facilitate in healing of a bruised and battered society.

The concern for a greener Delhi reflects in most of Justice Waziri’s orders, making it clear that such parties planting trees/ saplings shall water and nurse the same as well,since mere planting of trees/ saplings will be futile if the same are not nurtured or cared for. As seen mostly, his lordship usually goes on a step further to direct that such trees/ saplings shall not have any concrete around them and be planted in a way so as to bring them in conformity with the directions of the National Green Tribunal.

Justice Waziri’s crusading zeal does not seem to be diminishing, regardless of the work roaster allocated to his lordship. Justice Waziri broke new legal ground, while quashing an FIR against a couple, who had employed a minor for household work, his lordship directed the accused pay Rs.1.5 Lakhs to the victim and further, to plant 100 trees in the Central Ridge.

Needless to state, the variety and physical description of the said trees to be planted were particularly mentioned by his lordship in the court order.[5]  Similarly, his lordship in another case, allowed two men to withdraw cases filed against each other subject to plantation of 100 trees in the capital as a “gesture of goodwill to society”.[6]Furthermore, his lordship seeks to implement his idea of a green Delhi regardless of the status or affluence of the parties. In the infamous 2G scam case, Justice Waziri granted more time to the accused to file their responses on the Enforcement Directorate’s appeal challenging their acquittal, subject to planting 3,000 trees each.[7]

The manifest duty to care for, protect and improve the natural resources is apparent in a plethora of orders passed by his lordship. Justice Waziri is also often known to haul up officers and departments for their lackadaisical attitudes in implementation of the orders of the court. Justice Waziri, recently, issued a contempt notice to the Deputy Conservator of Forest, South district, after he failed to file a compliance report, without any specific reason, despite repeated directions issued by the court to undertake plantation of 100 trees in the Asola village area of Delhi.[8]

After much deliberation on this unique kind of judicial reform by giving fresh dimensions to the law by Justice Najmi Waziri, the aforesaid Order passed by the Hon’ble Supreme Court falls flat in the wake of the much-needed judicial activism with respect to the environment protection in the National Capital Region.

No city enjoys inexhaustible natural resources. Thus, it is this judicial activism spearheaded by the likes of Justice Waziri in recent times that shall play a significant role in shaping the near future seeking to replenish, care, nurture and augment the said limited resources. I, therefore, humbly request the Supreme Court participate in the crusade for a greener environment in the wake of alarming pollution levels in Delhi, its allied illnesses and particularly when the city is virtually gasping to breathe fresh air for it is the duty to care for the natural resources that has been cast upon all citizens by virtue of Article 51A of the Constitution of India.

“If there is lack of political will on part of the government agencies, it is the function of the judiciary to supplant it with the will, force, and the power of law.”- Antonio Opasa Jr.

The author is an advocate of the Delhi High Court