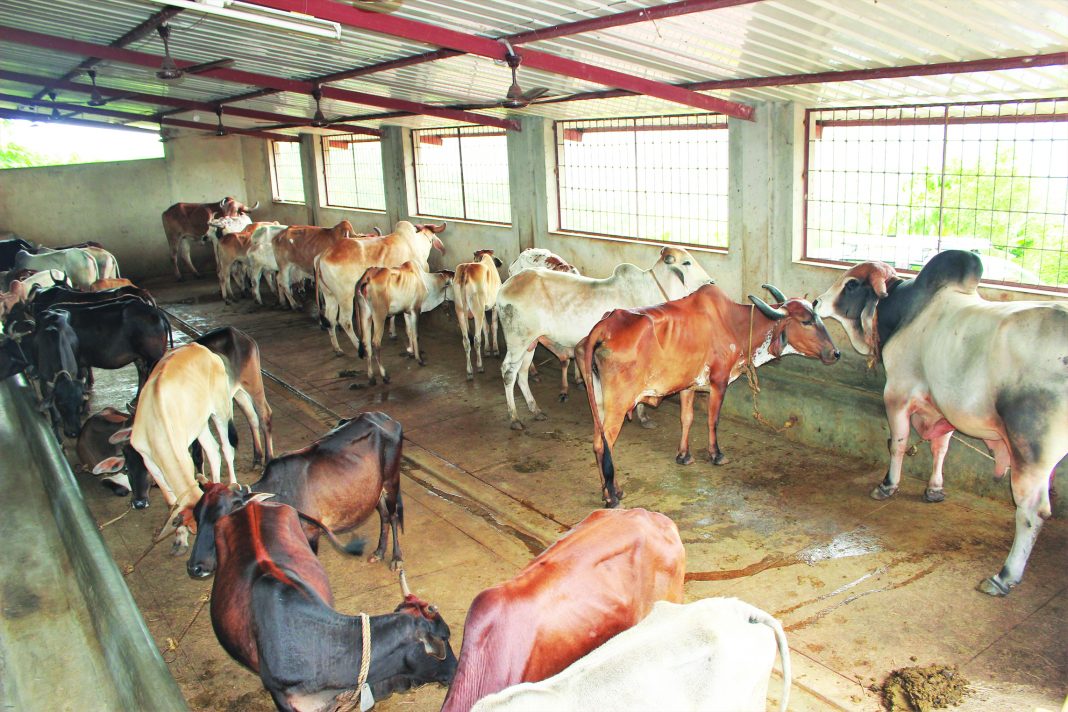 There has been much debate about invoking this stringent act in alleged cases of cow slaughter. Is this legally valid and how have courts responded?

The National Security Act (NSA) was invoked against a man in Bahraich, Uttar Pradesh (UP), for his involvement in a cow slaughter case on September 6. According to a statement released by Additional Chief Secretary (Home) Awanish Kumar Awasthi, till August 19 this year, the UP Police had invoked the Act against 139 people, 76 for cow slaughter. Stringent laws have been used within the state this year and more than half of them relate to alleged cow slaughter.

NSA expenses aside, this year until August 26, 1,716 instances had been registered under the Uttar Pradesh Prevention of Cow Slaughter Act and over 4,000 individuals have been arrested. A closure report has been filed in 32 instances after the police failed to collect proof against the accused.

Apart from this, the police in­voked the UP Gangsters Act against 2,384 people and the Goonda Act against 1,742.

As on August 31, at least 44 of such cases were reported in the Bareilly police zone alone. In sharp contrast, the state police has invoked NSA against six people in connection with crimes against women and children, 37 have been booked for heinous crimes and 20 for other offences this year. Thirteen of the arrests under NSA are linked to the anti-Citizenship (Amendment) Act protests that rocked the state early this year.

Under NSA, a person can be detained without any charge for up to 12 months if the authorities feel he is a threat to national security or law and order. Sub-section (2) of Section 3 of NSA allows preventive detention of a person to prevent him from acting in any manner prejudicial to the maintenance of public order.

This legal provision is being generally used for preventive detention of a person under NSA for being involved in a case of cow slaughter. But there are other reasons also for invoking NSA such as for the defence of the country, relations of India with foreign powers, etc. But detention under NSA for a cow slaughter case is generally ordered for preventing acts prejudicial to the maintenance of public order.

In this regard, a meeting took place on September 10 in Bahraich where District Magistrate Shambhu Kumar and Superintendent of Police (SP) Vipin Mishra were present. The SP instructed all the police chiefs to patrol the area and stop the incidents. He said that upon receiving information about such an incident, the SHO himself should reach the spot and take stock of the situation. After the incident, he should check whether someone is provoking others to take the wrong step.

The Additional Chief Secretary (Home) has said in his statement: “Uttar Pradesh Chief Minister Yogi Adityanath has directed that the NSA be slapped in case of crimes which may affect public order so that there is a feeling of fear among criminals and a feeling of safety among the public.”

In the case of the arrest made on September 6, SP Ashok Kumar stated: “Israel was arrested in July after an enormous amount of beef was recovered from him. Following the incidents of cow slaughter, the legislation and order state of affairs within the space remained delicate.” Israel has additionally been booked under the Goonda Act.

The two individuals booked within the Bareilly zone under NSA for cow slaughter this year were one Naushad and one Kaseem. They had been a part of a gaggle of six held from Haldaur space in Bijnor on April 9, with the police claiming to have seized cow meat and weapons used for slaughtering the animal from their possession.

But what is the legality of such cases? One way to check this is to find out in how many cases, detention orders were set aside by courts or were recommended to be without sufficient grounds by the advisory board.

“11. Procedure of Advisory Boards.—(1) The Advisory Board shall, after considering the materials placed before it….submit its report to the appropriate Government within seven weeks from the date of detention of the person concerned.

It appears from data that most of these NSA detention orders have not been found to be wrong by the advisory board and/or the courts.

There is sufficient legal power to detain a person under NSA if he is involved in cow slaughter and where authorities find it necessary to prevent such an act from being prejudicial to the maintenance of public order.

NSA is not being applied mechanically in all cow slaughter cases; it has been applied in less than two percent cases of cow slaughter in UP. Moreover, most of these orders have been directly or indirectly upheld by the advisory board or courts, or have not been set aside.