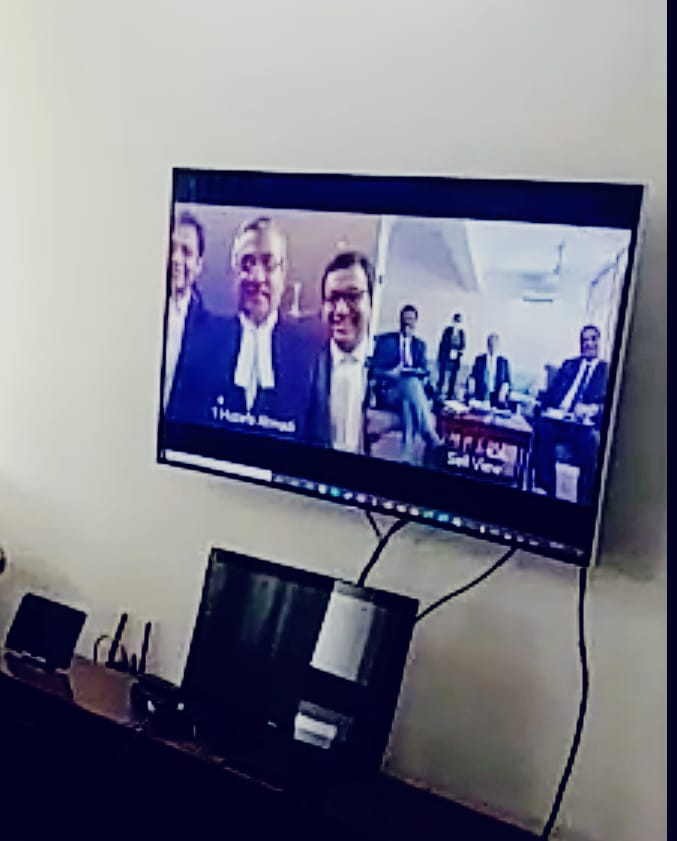 As courts across the country adjust to the post-Corona scenario with its strict limitations and internet and video-based proceedings, some idea of what this is like is emerging from the first ever case held on an experimental basis with everyone involved being heard via Zoom. Justice Gautam Patel of the Bombay High Court oversaw the video conferencing for a two hour period and later asked advocates for their feedback. The instant feedback came from the lawyer arguing the case, senior advocate Niteen Pradhan, who said: “This is a very new experience for me. I like the way the controls are muting everyone…” Justice Patel laughed at his remark—he could be seen  in his study while Pradhan was arguing the case from his Mumbai home, with the sound of children in the background, which is when Justice Patel pressed the mute button. He went on to observe that getting access to all the documents from the court is still an issue during the lockdown. How will the papers come from the court registry to the Judge? There are at least 5-6 people who are required to get all those documents and it is difficult to get these many people together during the lockdown, he remarked.

The first case he heard related to an issue of goods being held up in customs but more interesting was the plea filed by a prisoner facing a life sentence in Mumbai who asked to be released because of the threat from the virus, to which Justice Patel remarked “You are better off in Jail. Have you seen what is happening in the city? This is not an application I can allow, you are putting yourself at risk.” In another case, the advocate asked for interim bail for his client, on the plea that he feared he would be arrested, to which Justice Patel replied: “In case you have not seen, the police are too busy implementing the lockdown. Nobody is going to arrest this man, and even if police arrest him, where will they keep him? ”

Other courts will be facing similar challenges, some are already conducting hearings via video conferencing with contrasting results, with the absence of documents and case files being a major handicap. The Kerala High Court was the first one to go live using an online video calling app which can be accessed by everyone in the state. In the case of the Bombay High Court, Justice Patel made it clear that this was as on an experimental basis, and recording the proceedings were forbidden.