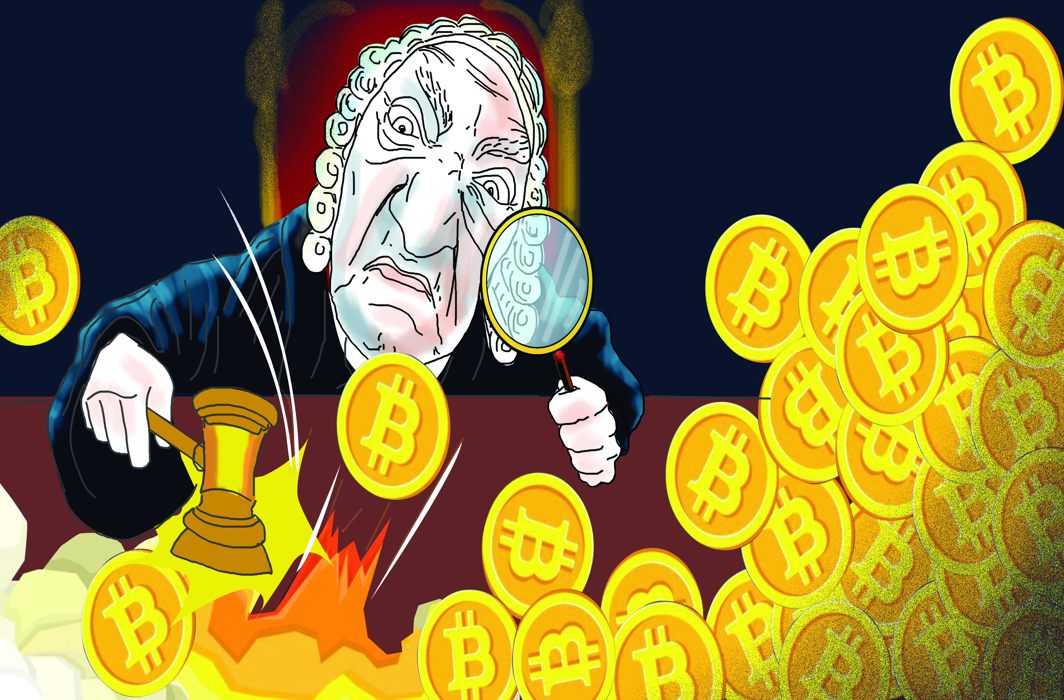 ~By Diljeet Titus and Ria Khanna

Among the cryptocurrencies in use today, Bitcoin is by far the most popular. A recent theft of about 438 Bitcoins, worth approximately Rs 20 crore, from an Indian cryptocurrency ex-change, Coinsecure, leads one to ask how secure cryptocurrency is as a trading commodity in India and how well-equipped the system regulating this currency should be.

Cryptocurrency is a virtual medium of exchange that employs cryptography to control the creation and management of currency units and transactions. Cryptocurrency units are created and held electronically. This currency works on the block chain technology, which uses a decentralised network. The system essentially enables transactions between users without passing through a central authority, such as a bank or payment gateway.

Cryptocurrencies are not recognised as legal tender in India and therefore, not a recognised medium of exchange. At present, there are no laws governing the creation, use and exchange of virtual currency in India. Further, cryptocurrency, by its very nature, cannot be covered under any existing Indian financial and economic laws, thus permitting such currency exchanges to operate freely. Entities dealing in virtual currencies have not obtained any licence or authorisation from any regulatory authority to carry out such activities and at present, are not statutorily obligated to cryptocurrency investors in any manner whatsoever, other than of course, the contract with them.

Owing to “potential financial, operational, legal, customer protection and security related risks” that users, holders and traders of virtual currencies expose themselves to, the Reserve Bank of India has time and again issued cautionary notices to the public. Through cautionary notices dated 24.12.2013, 01.02.2017 and 05.12.2017, the RBI has explained the various risks underlying these transactions, clarified that these currencies are not authorised by any central bank or monetary authority, that no licence has been issued to any entity to deal in any virtual currency and that any user, holder, investor, trader, etc. dealing with virtual currencies does so at his own risk.

On April 6, 2018, the RBI issued a notice prohibiting banks and financial institutions with immediate effect from dealing in or providing services facilitating any person or entity in dealing with virtual currencies, including maintaining accounts, registering, trading, settling, clearing, giving loans against virtual tokens, accepting collateral, opening accounts for cryptocurrency exchanges and transfer/receipt of money in accounts relating to purchase/sale of virtual currencies. Those RBI-regulated entities already providing such services have been given three months to terminate all such relationships and business arrangements.

In April 2017, the ministry of finance constituted an inter-disciplinary committee chaired by the special secretary (economic affairs) and comprising representatives from the departments of economic affairs, financial services, revenue, ministries of home, electronics and information technology, RBI, NITI Aayog and SBI to ascertain the present status of virtual currencies, examine existing global regulatory and legal structures governing them, suggest measures for dealing with them, including issues concerning consumer protection, money laundering, etc. Even though the contents of its report have not been made public, it is known that the committee had recommended that cryptocurrency exchanges close operations in India.

Following this report, another committee was constituted by the government in December 2017 comprising  RBI, SEBI and income tax department officials, amongst others, to study the impact of virtual currencies and to make recommendations to regulate them.

On December 29, 2017, the finance ministry also issued a cautionary notice on the lines of the RBI notices outlining several security and legal risks attached to cryptocurrencies, to the extent of likening such unregulated trade to Ponzi schemes.

In August 2017, SEBI constituted a Committee on Financial and Regulatory Technologies (CFRT) to ensure that Bitcoins, its derivatives, or any other virtual currency are not used as a medium for funding illegal activities and also that no entity should be able to divert black money through the virtual currency market. However, the issue is still under consideration of CFRT and SEBI.

The Supreme Court has also issued notices to the ministries of finance, law and justice, IT, SEBI and RBI on a PIL filed by an advocate seeking regulations to ensure that virtual currencies are regulated and made accountable to the public exchequer.

While there is no consensus whether to accord legal status to this form of currency given the huge risks, including money laundering and terrorist financing, there is consensus among the regulatory bodies to subject it to laws governing black money, fraud and money-laundering to safeguard the interests of investors. The laws governing virtual currencies need to be adequately equipped to address the technological, security and privacy concerns that come along with it. The authorities will also need to determine the accounting and tax treatment of virtual currencies. According to regulatory authorities, it is highly likely that there will be certain regulations for virtual currencies by 2018-end.

The recent Bitcoin theft, also termed the biggest cryptocurrency theft in India to date, has affected lakhs of investors. The exchange, with over two lakh users, discovered that all its Bitcoins that were stored offline had disappeared. The password keys to the private funds maintained by the exchange were exposed online, leading to the hacking and siphoning of about 438 Bitcoins to an unknown destination. The data logs of the affected e-wallets had been wiped clean, making the Bitcoins transfer untraceable. The exchange website has remained shut since the incident.

In the context of this incident, it is apparent that virtual currencies, even though extremely convenient and potentially beneficial, are not secure and fraught with several risks. Virtual currencies are not recognised in India and thus there is no recourse for investors to claim any losses arising out of any theft, fraud or dispute.

Since cryptocurrency is unregulated, no regulatory authority determines and controls its supply, thus making cryptocurrency prices volatile and fluid. In addition, the inherent lack of identification makes the system and investors extremely susceptible to fraud, effectively facilitating siphoning off and diversion of funds.

Though, in this particular incident, Coinsecure has decided to refund the money to its affected investors, not every cryptocurrency exchange would be willing or obligated to do so until we have proper laws in place.

Therefore, the risks of using cryptocurrency are at large for all to see and it only makes sense not to invest until there are significant statutory protections regulating them so that investors are protected from such future risks.