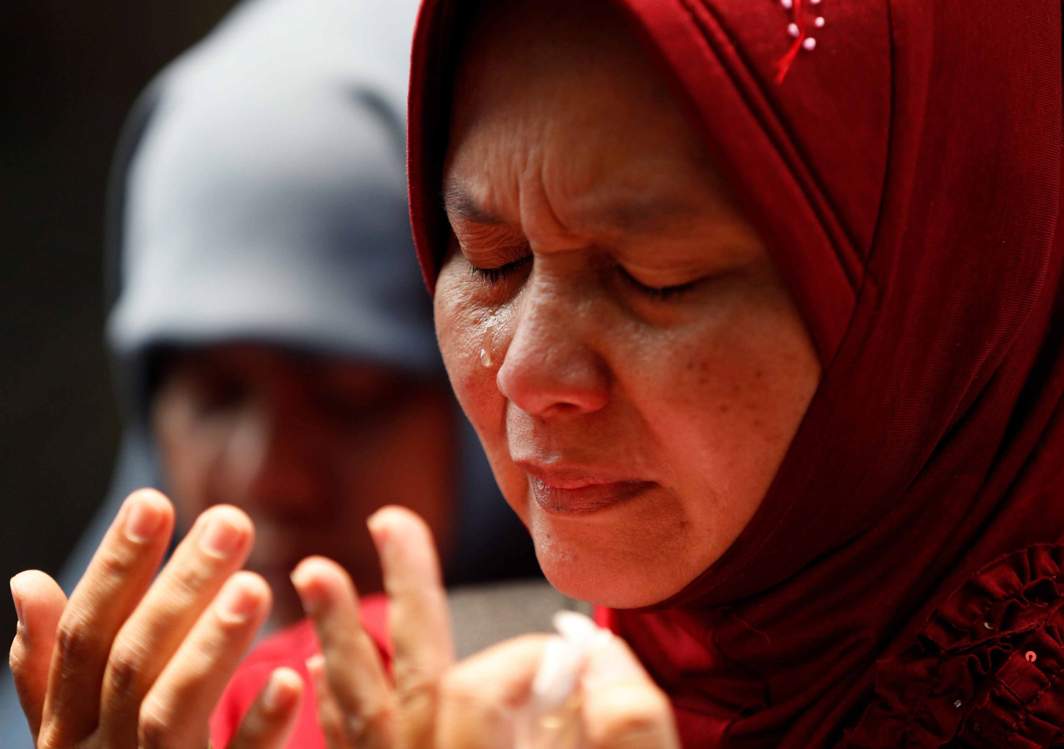 Above: Rohingyas are described as the most persecuted minority. Photo: UNI

The issue has been hanging fire in several regions of India, but while India wants to deport them, there seems little legal elbow room for India to push through this initiative without Myanmar willing to accept them

Following some historic declarations that emerged out of the BRICS summit in China, Prime Minster Narendra Modi will reach Myanmar on Tuesday (August 5). His visit to Myanmar is crucial, not only from the economic and security aspect – Myanmar and India are set to sign mega deals, intended to dilute, to an extent, Chinese footprints in that country – but also vis-à-vis India’s decision to deport Rohingya Muslims who have fled Myanmar.

She has said that the spate of violence in Myanmar’s Rakhine state and exodus of the ethnic Rohingya minority (India does not mention the word “Rohingya”, instead referring to them as illegal immigrants) will figure in the talks.

The official estimate of the number of Rohingyas who have crossed over to India is 60,000.

It is not clear as to how the Modi government plans to deport the Rohingya refugees living in India. As it is, they face a situation of statelessness within Myanmar itself and it is unlikely that Myanmar would be willing to take them “back”. New Delhi has always taken care to not upset Myanmar over the Rohingya issue. Since Myanmar does not recognize the term “Rohingya”, India too refrains from using the word and instead addresses Rohingyas as just illegal immigrants. The Indian government has always referred to the crisis in Myanmar as “the developments in the Rakhine state”.

Mynamar is a key focus under “India’s Act East Policy”.

A peaceful Rakhine state is in India’s interest. This is because India has an ambitious project worth Rs 2,904 crore under construction in the region. The Kaladan multi-modal transit transport project (see BOX: The new route) which aims at connecting Kolkata to Mizoram through Myanmar (avoiding the 27-km wide Chicken’s Neck near Siliguri) is already running way behind schedule. It is the first major project India undertook with Myanmar. The project should have finished by 2013, but the deadline was later extended to 2015 and then to 2019. One of the reasons behind the delay is fleeing of the workers who belonged majorly to the Muslim community after the 2012 riots.  The curfew imposed in the region further delayed the project. Therefore it is important for India to restore peace in the Rakhine state of Myanmar so that the project finishes at least by the next scheduled deadline.

The Kaladan Multi-Modal Transit Transport Project is an agreement between India’s Ministry of External Affairs (MEA) and the government of Myanmar. The project aims at developing a multi-modal transit transport system to the north-eastern states through Myanmar. The transit route has been planned between Kolkata and Mizoram. As per MEA website the project is a combination of different modes of transport:

One more reason for India to take special interest in Myanmar is the country’s physical proximity to China. China eyes Myanmar for multiple reasons. China is Myanmar’s biggest source of foreign investment and its largest trading partner. Like India, China is also looking for a seaport in the Rakhine state. India constructed the deepwater port Sittwe in Myanmar in 2016 and, thus, has a natural advantage.

However, along with the financial partnership, India should also be worried about the support that China lends to Myanmar on international platforms. China being a veto-power holder in the UN Security Council has much more influence than India (which is not a permanent member of the Security Council). In times when Myanmar is facing criticism internationally for its treatment of the Rohingyas, it cannot afford to overlook China’s support.

In February this year, the Office of the United Nations High Commissioner for Human Rights had accused Myanmar’s military of mass rape and killing in the Rakhine state. It had also accused Myanmar of ethnic cleansing and burning down Rohingya villages. It wanted a fact-finding committee to investigate the matter, a demand Myanmar declined. Then too, China came in support of Myanmar. In fact, an Indira Jaising-led committee appointed by the UN to investigate the Rohingya crackdown has, so far, not been able to get permission to enter Myanmar. The committee has to make an oral submission to the UN by March 2018.

Moreover, India’s increasing border conflict with China is a reason to worry. Therefore, it becomes even more crucial for India to strengthen ties with other neighbours, such as Myanmar. Cross-border insurgency has been a major problem for India – Indian forces had recently done a surgical strike into Myanmar to destroy insurgent camps and resulting tensions were slowly diluted – and the Indo-Myanmar border is a rather sensitive one.  India shares a 1640-km long border with Myanmar and the emergence of Arakan Rohingya Salvation Army (ARSA)—the Rohingya militant group – can be a threat to India. Apart from the ARSA militants, many other insurgent outfits from India’s north-eastern region take refuge in Myanmar and Myanmar Army’s support is inevitable in tackling these insurgents.

Horns of a dilemma

The Indian government is stuck on the horns of a dilemma. Within its borders it is, on the one hand, being criticised by various human rights organizations for its stand on the Rohingyas and for its decision to deport them. On the other hand anti-Rohingya sentiments are also on the rise, especially in Jammu, where there is a large number of Rohingyas currently based.

The first voice of resistance came from J&K Panthers Party which put up posters ordering Rohingyas as well as Bangladeshi immigrants to leave the region. After India decided to deport the Rohingyas, voices have been raised against them in Jaipur too.

India has another technical problem, however. It cannot send the Rohingyas back to Myanmar, not only because Myanmar does not approve of them, but also because of the law of non-refoulement. (see BOX: The deportation dilemma) It is a customary international law which says that no refugees can be sent back to the place where they fear persecution. India has to abide by this “law” even though it is not a signatory to any human rights convention, because this is a protocol that has been accepted worldwide. It is not clear how India wants to convince Myanmar in resolving the conflict and in taking back the refugees.

[The UNHCR website says: “On the universal level mention should first be made of the 1951 United Nations Convention relating to the Status of refugees, which, in Article 33(1), provides that: “No Contracting State shall expel or return (“refouler”) a refugee in any manner whatsoever to the frontiers of territories where his life or freedom would be threatened on account of his race, religion, nationality, membership of a particular social group or political opinion.”

However, the UNHCR also states: “India is not party to the 1951 Refugee Convention or its 1967 Protocol and does not have a national refugee protection framework. However, it continues to grant asylum to a large number of refugees from neighbouring States and respects UNHCR’s mandate for other nationals, mainly from Afghanistan and Myanmar. While the Government of India deals differently with various refugee groups, in general it respects the principle of for holders of UNHCR documentation.

For some time now, India’s concerns about security have had a more restrictive impact on asylum space in the country. Mixed migration flows have further complicated the identification and protection of refugees and UNHCR has significantly modified and increased its registration activities to cope with this and provide the necessary support to the Government.”

Any thought of redirecting these refugees to Bangladesh may be a shot in the dark. India has not been able to push back Bangladeshis coming into India illegally every day. While Bangladesh has received number of Rohingya refugees— around 4 lakh – this does not mean it will take in any from India.

In one of the official statements made by its foreign minister Dipu Moni, Bangladesh has clearly refused to take in anymore refugees. “…we are surprised why the UN and other big powers are not pushing Myanmar to create conditions so that no Rohingya is forced to take shelter in Bangladesh or elsewhere,” he has said.

Modi’s visit to Myanmar could bring this issue to the fore, but on what context the leaders of the two countries sit to resolve it is a matter of debate.

Rohingyas are an ethnic Muslim minority group that has been living in Myanmar’s Western Rakhine region for generations. They are described as the “world’s most persecuted minority”. There are about 1.1 million Rohingyas that live in Myanmar. But even after residing in Myanmar for generations, these people are not recognized as citizens in their country.

The conflict between a militant group called Arakan Rohingya Salvation Army and the Myanmar military forces resulted in the crackdown of the military on the Rohingya Muslims. The military reportedly burnt down Rohingya villages, raped their women and killed hundreds of men and children. In the recent counter-military attacks, around 2,600 houses have been reportedly burned down. According to Human Rights Watch, which analysed the satellite images and recorded testimonies of Rohingyas fleeing from the region, said that the security officials had deliberately set those villages on fire. According to UN more than 27,000 Rohingyas fled Myanmar in recent days.

The Rohingyas later had to escape to neighbouring countries of Bangladesh, Malaysia, Indonesia and India. India has around 16,500 UN registered Rohingya refugees in India settled in Jammu, Delhi, Hyderabad, Rajasthan, etc. But the Indian government claims their number to be around 40,000.