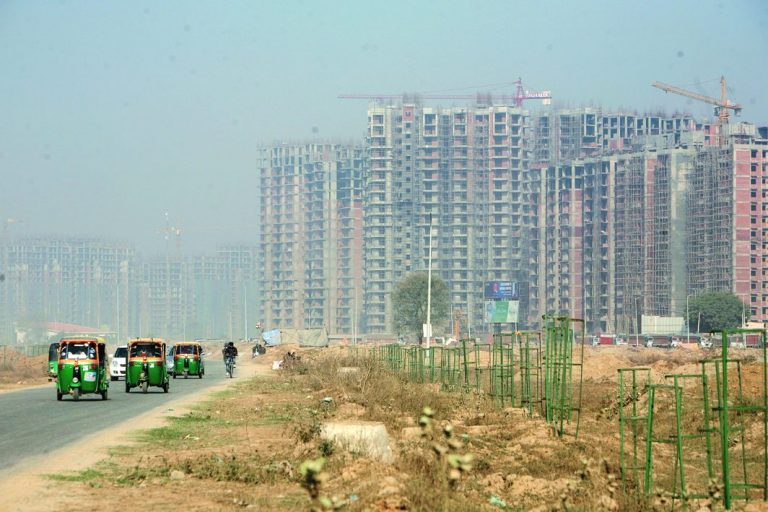 The interests of people, and those who are socially marginalised, have been of least concern for successive governments in Uttar Pradesh. Be it the Right to Education Act (RTE) or the Real Estate (Regu­lation & Development) Act (RERA), the government looks kindly at those who defy legislation. In the case of RERA, a piece of central legislation implemented by the state, the government unaba­shedly sides with builders to put home buyers at a disadvantage.

The State did enact the RTE Act, but allowed the powerful lobby of private schools to flout its provisions with impunity. Activists trying to draw the government’s attention towards the problems say it is akin to banging one’s head against a wall.

Similarly, rules framed by the Uttar Pradesh government under RERA defeat the purpose for which the central government passed the legislation in 2016 as they have left home buyers unprotected and vulnerable to exploitation by builders.

While the central government’s Act offered protection to home buyers from unscrupulous developers in the country, many of whom find their hard-earned money blocked in projects, the state rules negate the objective. The centre notified the rules in 2016 before passing the Act. All the states were to mandatorily frame and notify rules and implement the Act by May 1, 2017, after forming a Real Estate Regulatory Authority (RERA).

In the case of UP, rules have been framed, but the Authority is yet to be created. Knight Frank, a real estate consultancy firm, said in its report on implementation of RERA that Maharashtra, Madhya Pradesh and Punjab are the only states which have set up permanent regulators.

Specially praising Maharashtra, the Knight Frank report said: “Most states and Union territories have followed a quasi-implementation route which does not amount to creation of an effective regulator… Maharashtra is the only exception where the regulator’s pro-active functioning has set new precedents every second day…” The report says that only 20 of the 29 states have notified rules, with Uttar Pradesh being one of them. Only 14 states have a web portal on RERA.

The irony in the case of Uttar Pradesh is that the BJP government of Yogi Adityanath chose to adopt rules framed by the Akhilesh Yadav government on October 27, 2016. These rules were uploaded on the official RERA website launched in the last week of July 2017. Some of the rules are not only loaded heavily in favour of realtors but are also at variance with the central legislation. Three provisions in the central Act were of special interest to buyers, but the state has chosen to dilute them. The central Act, for example, makes no difference between ongoing and future projects besides having other pro-buyer provisions like penalty for non-compliance, a clause fixing liability on developers in case of structural defects and payment schedule.

To begin with, RERA 2016 included all projects for which completion certificate was not given on May 1, 2017, the date of commencement of the Act, and which were ongoing on that date. In case of non-compliance, the central legislation stipulates imprisonment of up to three years or fine up to 10 percent of the project’s estimated cost or both.

On payment schedule, the Union Act provides for 10 percent of advance payment to be specified in the model sale agreement or an application fee to be charged from the buyer at the time of sale agreement. Builders are also liable to rectify free of charge any structural defect that arises within five years of handing over of possession to buyers.

So while the central Act mandated that all ongoing projects that have not been given completion certificates have to be registered under RERA, the Samajwadi Party government diluted this rule by excluding incomplete projects from the category of “ongoing projects” and the BJP government also decided to persist with the anti-buyer provision.

There’s further proof of the state government’s bias against buyers. Projects in which maintenance of common areas and facilities had been handed over to RWAs or services had been given to the local authority for maintenance were also exempted from the definition of “ongoing projects”. Also exempted were those projects in which, after completion of development work, the sale deed had been executed in 60 percent dwellings. The central legislation makes no such exemption.

By not fixing any penalty for violation of rules, the state also diluted the penalty norm on compounding of offence. As the state government was behind the May 1 deadline for the implementation of the Act, the Ghaziabad-based FedAOA, the apex body of apartment owners’ associations, filed a PIL in the Allahabad High Court.

The PIL alleged that the state was yet to form a Real Estate Regulatory Authority and the Real Estate Appellate Tribunal. The PIL argued that Sections 20(1) and 43(4) of RERA stipulated that the two bodies should be formed within one year of the notification of the central legislation. The notification, it was argued, was issued on May 1, 2016, hence the Authority and the Tribunal ought to have been formed by May 1, 2017.

It was only after the High Court enquired about the progress regarding im­plementation of RERA that the state government launched an online site, UP-rera.in, on July 26 for developers to register their projects. Though the process to create a regulatory authority was set in motion and 100 bureaucrats and lawyers threw their hats in the ring for the post of chairman and members, the government is dragging its feet on actually appointing a regulatory authority.

Concerned at the dilution of key provisions, a delegation of home buyers from the worst-affected areas such as Noida and Greater Noida where thousands of them have been waiting for their flats for years, recently met the chief minister. Yogi Adityanath has assured them that there would be no dilution of rules, but so far, the government has not taken any step to rewrite them. This is ironical as RERA was passed by the BJP-led government.

Until the rules are redrafted in accordance with the central Act and notified, the buyers don’t have much to feel happy about.

Over the years, governments in the state have used developers to rake in the moolah for themselves and their party. Parcels of land have been passed on to builders close to a particular regime. Those close to Mulayam Singh Yadav found their projects blocked by Mayawati. A senior IAS officer who, as housing commissioner, once refused to bend rules, was allegedly threatened by a senior Samajwadi Party leader.

As Mulayam has started looking for a house after being ordered to vacate his official residence, it is rumoured that a prominent city builder, who is close to the Yadav patriarch, plans to gift him a Rs 14 crore bungalow.

“The progress on RERA compliance across the country still presents a gloomy picture,” the Knight Frank report states. Perhaps the unholy politician-builder nexus has a lot to do with it.