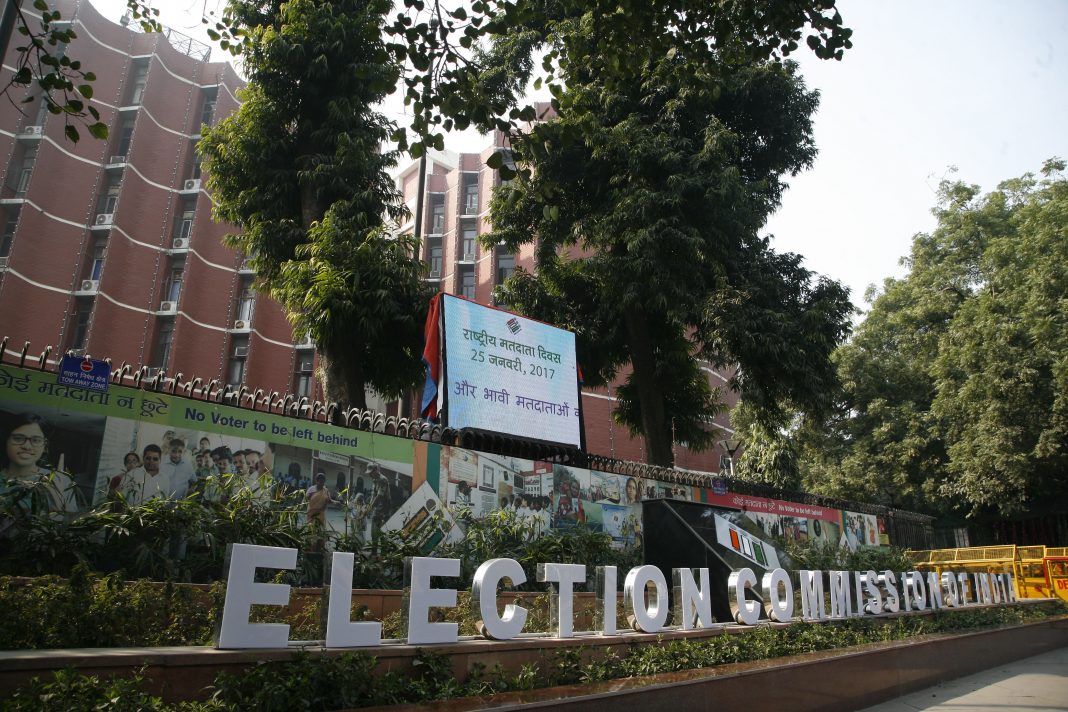 Despite the clamour to postpone the polls, the Election Commission will go ahead with them and has issued well-thought-out norms to be followed in Covid times. But the moot question is whether the polls will be free and fair

With the issuance of elaborate guidelines on August 21, 2020, the Election Commission (EC) has green-flagged the electoral process in Bihar. It will be the first state where assembly elections will be held amid the Covid-19 pandemic.

There are several distinct features in the guidelines issued. The EC has revised the norms of the number of persons accompanying a candidate and the number of vehicles at the time of nomination. It has also created an optional facility to fill the nomination form and the affidavit online and submission of the same after taking a print before the Returning Officer. For the first time, candidates will have the option to deposit the security amount for contesting the elections online. Keeping the Covid containment guidelines in view, the Commission has limited the number of persons for door-to-door campaigns to five which includes the candidate.

Public meetings and road shows would be permissible subject to containment instructions issued by the ministry of home affairs and state governments. Face masks, sanitisers, thermal scanners, gloves, face shields and PPE kits shall be used during the electoral process while ensuring social distancing norms. Gloves shall be provided to all the electors for signing on the voter register and pressing the button of the EVM during voting. Following these guidelines, chief electoral officers shall make comprehensive state/district/assembly constituency election plans regarding arrangement and preventive measures taking local conditions into account.

This is not the first time that the EC would be holding polls during the coronavirus pandemic. After a few months of postponement, the EC, from June onwards, administered the Rajya Sabha and legislative council elections of various states under strict Covid-specific guidelines. As many as 34 countries have conducted their national assembly or presidential elections while fighting Covid-19. The most successful examples have been South Korea and Sri Lanka.

Taking its cue from other countries’ management of their elections, the EC came up with its own set of rules which will be implemented during the Bihar elections. These include reduction of the number of electors per polling booth to 1,000 from the current 1,500; addition of 33,797 auxiliary polling stations to prevent over-crowding and Covid-sensitive capacity-building of election officials. To avoid crowding at counting centres, counting tables have been reduced to seven per assembly constituency from 14, among other things.

So far, so good. But burning issues remain. First is campaigning within the bounds of the Model Code of Conduct (MCC). Though the EC might allow physical campaigning with a limited number of people, political parties in Bihar are most likely to resort to digital campaigning after months of protesting against it. Such a campaign was kickstarted by the BJP back in June when Home Minister Amit Shah addressed the people of Bihar through an expensive virtual rally. Such rallies are going to be a dominant feature of digital campaigning, besides social media. These rallies seem promising and innovative as they would keep the crowds at bay.

But virtual campaigning has its own limitations and challenges and may not be able to replace the door-to-door and large-scale physical campaigning that are the heart and soul of any democratic election. First and foremost, it will be inaccessible in the nooks and crannies of rural, hilly and forest areas, with the internet penetration in Bihar being an abysmal 37 percent. For online communication through smartphones, the situation is grimmer owing to sparse usage of these phones in Bihar, which stands at just 27 percent, and patchy mobile network even in cities/towns. Against this backdrop, with no expenditure ceiling for political parties, they will go for costly communication devices like Light Emitting Diode screens, among other things, to increase their voter base.

This is where the issue of a level playing field comes in. The arrangement of such facilities is evidently going to be a costly affair and the richer political parties will have an advantage in mobilising voters, pushing small regional/local parties outside. Under the winner-takes-all voting system like ours, missing out even a single hamlet could have a negative effect on a party’s winning chances.

Equal opportunity issues also exist in the other mode of digital campaigning, social media. With the growing influence of this media, political leaders, who are generally technology challenged, and their parties have quickly adapted to this youthful platform. However, it varies widely across political parties, depending on their financial position and technical capabilities.

The EC also has other challenges in the realm of social media campaigning—fake news and hate propaganda. Even though there exists a Voluntary Code of Ethics, issued by the EC in collaboration with social media platforms, allowing a direct engagement with the Commission over problematic posts during election time, it has not worked.

Recent revelations by The Wall Street Journal regarding Facebook have cast a dark shadow over the platform’s neutrality. According to the report, Facebook India, on several occasions, was averse to removing derogatory and hate-mongering posts uploaded by the ruling party’s cadre. Now it transpires that Facebook worked with the BJP from 2014 onwards and the policy head of this media behemoth has been a virtual party cadre.

While so, it is indeed commendable that amid the clamour for postponing the impending Bihar assembly elections, the EC has put its foot down and announced the timely conduct of elections to the 243-member legislative assembly, set to complete its tenure in November. And political parties have plunged into poll work. But the big question remains—will the elections be free and fair?

This question arises because there have been allegations that even in normal times, the EC has not been able to conduct elections with integrity, adhering to the cardinal principles of inclusive electoral rolls; reining in criminal and money power; providing a level playing field with stringent and impartial implementation of the MCC and ensuring independent and neutral media-mainstream, social and digital. Wonder how bad it will be during Covid times.

The other moot question is whether the EVM-VVPAT voting and counting process would be in compliance with the principles of democracy—transparency, public scrutiny, knowledge, examinability and verifiability in the ascertainment of results. In short, would the overall correctness of voting and counting be established through three essential steps: “cast-as-intended” indicating that the voting machine has registered the vote correctly; “recorded-as-cast” indicating the cast vote is correctly included in the final tally and “counted-as-recorded” indicating that the final tally is correctly computed. There are serious suspicions about these aspects and the matter is in the Supreme Court.

One hopes the EC will genuinely address these vital elements of democracy. The Bihar elections could be an opportunity for it to prove its integrity and fairness to sceptics.