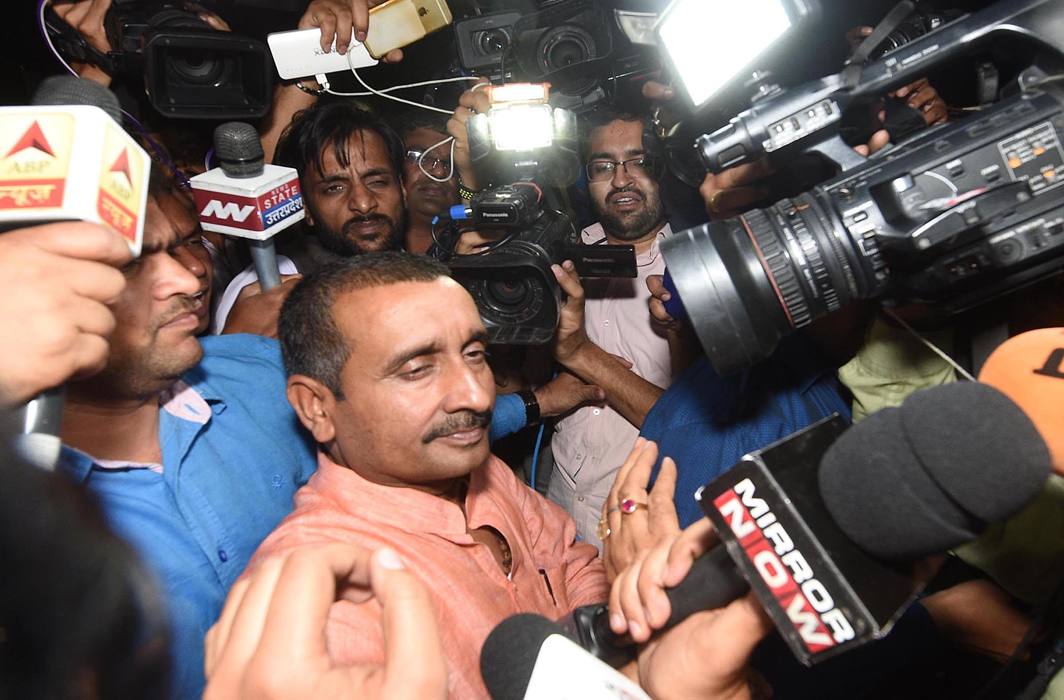 Above: BJP MLA Kuldeep Singh Senger accused in a rape case outside the office of the Senior Superintendent of Police, in Lucknow on Wednesday night/ Photo: UNI

The Allahabad High Court on Friday (April 13) has asked for progress report from the UP government on the Unnao rape case in which BJP MLA Kuldeep Singh Sengar is accused. The Court said that the government should submit the report by May 2.

The bench of Chief Justice D B Bhosale and Justice Sunit Kumar also said that it will monitor the probe in the rape case further directing that the MLA should be arrested and not just detained.

The bench yesterday had reserved its verdict after completing the proceedings.