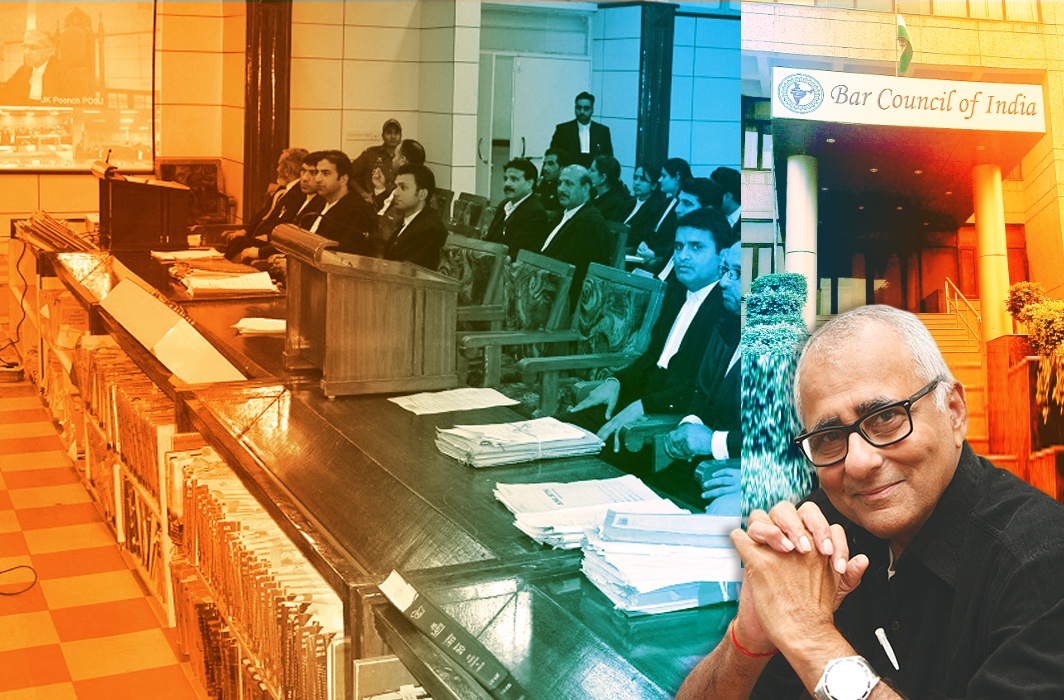 Our lead story this week deals with a subject which is perhaps a top-of-the-mind issue with judges, lawyers and litigants across the country as they face a virtual lockdown of the courts and, indeed, the very legal system itself in the face of the raging corona pandemic: How do we keep alive the enforcement of the Rule of Law on whose majesty rides the foundation of our modern Republic?

What will, as in all aspects of rapidly changing global human interaction, be the New Normal in the functioning of the court system? The pandemic has already changed the justice delivery system and district and mofussil courts will have to adopt new practices and technology and be ready for the long haul, says lawyer-journalist Neeraj Mishra.

In this context, alarm bells have also been sounded by the Bar Council of India (BCI), the statutory body that regulates legal practice and legal education in India. It has decided to hold conferences with advocates and litigants in the Supreme Court as well as all High and District Courts in order to gauge opinions and  suggestions regarding the resumption of regular hearings.

The BCI has stated: “On the one hand, cases of Covid-19 are increasing day by day and on the other, the problems of litigants and advocates are mounting. Litigants are unable to get justice through the process of virtual courts.”

In what is an alarming development, the BCI has been receiving complaints of “pick and choose” in fixation of urgent matters in some High Courts, frequent disturbances in video-conference hearing due to unsatisfactory WiFi and other technical problems which are a common phenomenon.

“The public and advocates are in the dark as to what is really going on in the various courts of the country. Moreover, in the opinion of some of the biggest Bar Associations and several advocates of the Supreme Court and High Courts, some people are trying to take undue advantage of the lockdown (and almost closure of courts) and the legal profession is gradually being attempted to be hijacked by a few blessed lawyers and selected law firms who have high-level connections. The entire system is likely to go out of the hands of common advocates. In such a situation, the Supreme Court and High Courts cannot shut their eyes and the Bar Council of India would approach the Hon’ble Chief Justice of India and Chief Justice of High Courts to request them to take note of the real difficulties,” the BCI stated.

The BCI is right on the mark. A Herculean effort will be needed to fix, alter, revamp, kickstart and adapt to the new system that will be a cocktail of social distancing and digital e-technology. Consider, for example, that outside of railroad stations, Indian courts are possibly the most densely crowded, unhygienic places in the world where jostling is an accepted way of life. Social distancing? Think again!

And so far as the use of high-tech is concerned, Neeraj Mishra cites an example that symbolises an entire gamut of humongous challenges the system will have to overcome. The writer recounts how a Rs 2-lakh computerised information kiosk was installed with much fanfare three years ago at the court of the additional district and sessions judge in Gariaband, Chhattisgarh—one of the newest districts in the country.

It was supposed to dispense information to clients and advocates about the status of their cases, dates, etc., at a touch of its smart screen. It still sits in a corner, gathering dust. In the same place, the revenue court of the tehsildar and sub-divisional magistrate has started registration of all those coming there, causing immense inconvenience to farmers and litigants as the area also houses the land records and offices of all patwaris in the tehsil.

“The above is not a criticism but a statement of fact and how life is changing after Covid-19 in the justice delivery system,” observes Mishra.

His lead story in this issue elaborates item by item, not only the steps which will be needed to rehabilitate this hapless kiosk, but also the radically altered mindsets, procedures, processes, systems, behavioural, cultural and even sartorial changes that will have to be adopted and implemented ruthlessly to rescue, ameliorate, oil and preserve the system.

Hopes Mishra: “By the time the dust settles on Covid-19, the Indian justice delivery system should see and adapt to the new normal. Hopefully it will.”