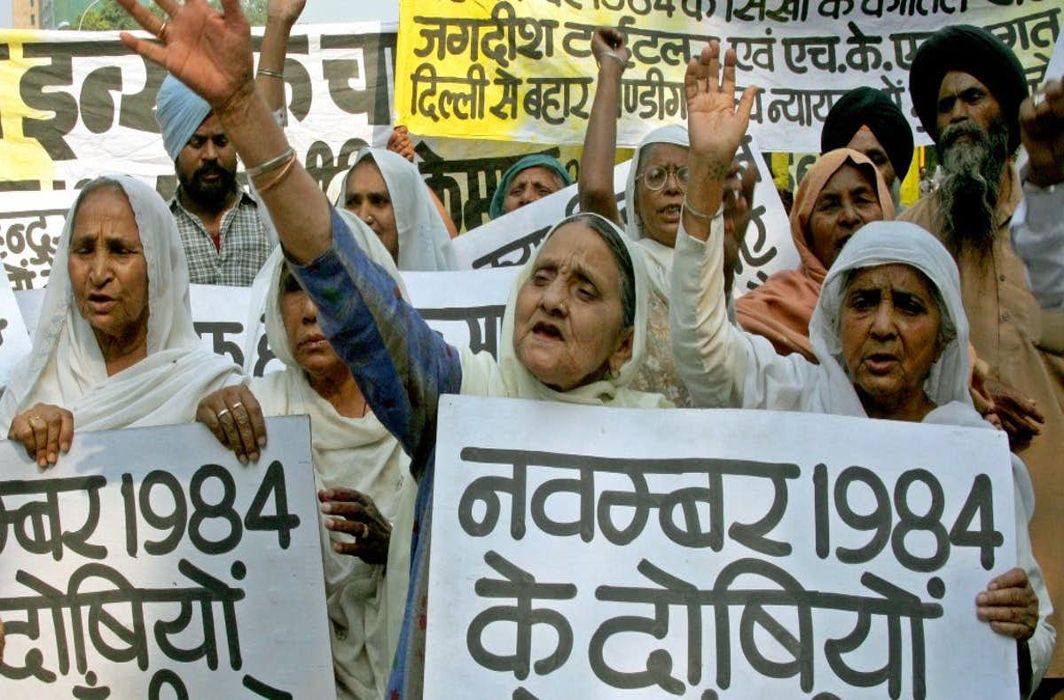 The Centre on Wednesday informed the Supreme Court that it has accepted the report of a committee headed former Delhi High Court judge S N Dhingra implicating several Delhi Police personnel in the 1984 anti-Sikh riots and said it would take action accordingly.

This submission was made by Solicitor General (SG) Tushar Mehta  before a bench of Chief Justice SA Bobde and Justices BR Gavai and Surya Kant during the hearing of a petition filed by Gurlad Singh Kahlon, a member of the Delhi Sikh Gurdwara Management Committee, seeking an inquiry into the role of 62 policemen in the riots.

The court had constituted a special investigation team (SIT) on January 11, 2018  headed by Justice Dhingra, retired IPS officer Rajdeep Singh and IPS officer Abhishek Dular, to supervise and further probe the 1984 riots cases. The closure report in the cases had been filed earlier.

The committee report had said one of then Station House Officers (SHO) of the police was complicit with the rioters.

It also said the Delhi government, defendants and police did not file the reports in court on time.

The report noted the state authorities only filed their report in 10 cases and these were the 10 FIRs in which all the accused had been acquitted.

When Kahlon’s plea came up for hearing, the SG submitted in the apex court that the central government has accepted the Dhingra panel report on the role of many Delhi Police personnel in the riots.

R S Suri, the counsel for the petitioner, sought time to file suggestions on the report submitted by the SIT. The court granted the permission for the same.

In another case related to the riots, the apex court granted parole of four weeks to Balwan Khokhar, a co-accused with former Congress leader Sajjan Kumar, following his father’s death.  Khokhar and Kumar were sentenced to life imprisonment for their role in the riots.