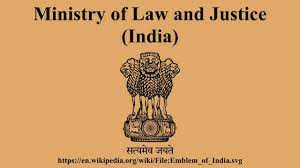 Union Law Minister Kiren Rijiju on Thursday said the Bar Council of India has identified 500 sub-standard law colleges across the country which are not imparting education in the right atmosphere and the right way. To put an end to such colleges or improve their standard, a team comprising some former Judge(s)/Senior Advocate(s) and noted academicians will be conducting surprise visits to such institutions.

The Ministry of Law and Justice made this response to a written query made by MPs M. Shanmugam and Y.S. Chowdhary in the Rajya Sabha, asking whether BCI, being the apex regulatory body, is taking measures to tighten the yardstick in examinations, exercise stringent control at the entry level and monitor law colleges for compliance.

A written query made by Member of Parliament M. Shanmugam and Y. S. Chowdary in the Rajya Sabha, asked :

“(a) whether the Supreme Court suggested for complete revamp of legal education system in the country, by introducing certain reforms to enable maintenance of standard and placement of law graduates;

(b) if so, the details thereof;

(c) whether the Bar Council of India, being the apex regulatory body, has been asked to tighten yardstick in examinations, stringent control at the entry level and constant monitoring of law colleges for compliance; and

(d) if so, the details thereof and by when the revamp of the system would be finalized?”.

Kiren Rijiju replied that, in the case of Bar Council of India vs. Twinkle Rahul Mangaonkar & Ors Civil Appeal, the Supreme Court vide its order dated 15.03.2022 has made observation about – the desirability of having better accountability from law colleges; absence of requisite faculty, therein; monitoring by the Bar Council of India to ensure that once a law college obtains recognition, it is to maintain the parameters as set forth by the BCI.

The Law Minister further replied that, as regards, the yardsticks in examinations, and stringent control and monitoring of law colleges for compliance is concerned, the Bar Council of India has informed that in order to revamp the system, it has earmarked about 500 Institution throughout the country who are sub-standard/below standard and team led by some former Judge(s)/Senior Advocate(s) noted academicians plan to conduct surprise visits of such Institutions and if any Institution is found to be below standard i.e having no sufficient number of faculties/ infrastructure, then the Legal Education Committee of BCI shall take immediate step to close such Institutions.

Rijiju said that, with respect to the specific observations made as per order of the Supreme Court of India, Bar Council of India has constituted a High Level Committee including many senior Advocates and some former Judges of Supreme Court/High Courts to look into the above said issues.