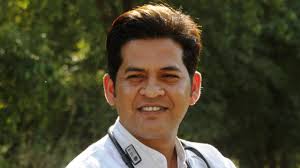 Anand Rai approached the Supreme Court after he was arrested late last night by the MP police, soon after the MP High Court vacated it’s order for  protection from arrest in an FIR relating to a paper leak case in MP.

Rai in his plea had claimed that he is the whistleblower for Vyapam and AIIMS scam cases. The MP police had issued notice to him to appear and join investigation today but he was arrested last night from Delhi, days after he moved a plea in SC seeking CBI inquiry into the Paper leak case.

Sr adv Vivek tankha appearing for Rai told SC that “the whistle blower has been arrested even though the principal accused is on bail”.

The CJI has agreed to hear the matter on Monday

The MP high court on Thursday had dismissed a writ petition filed by Dr Anand Rai in which he prayed to quash an FIR registered against him on a complaint by deputy secretary at the CM secretariat, Laxman Singh Markam.

Police have booked Rai and Congress leader K K Mishra under SC/ST Act. The court, in its judgment, said that the case doesn’t come in the category of rarest of rare cases so as to warrant quashing of the FIR. The court, however, gave liberty to Rai to file a petition under Article 482 for quashing of the FIR and move an anticipatory bail plea. The court revoked its  order that no coercive action should be taken against Dr Rai till the final decision on his petition.