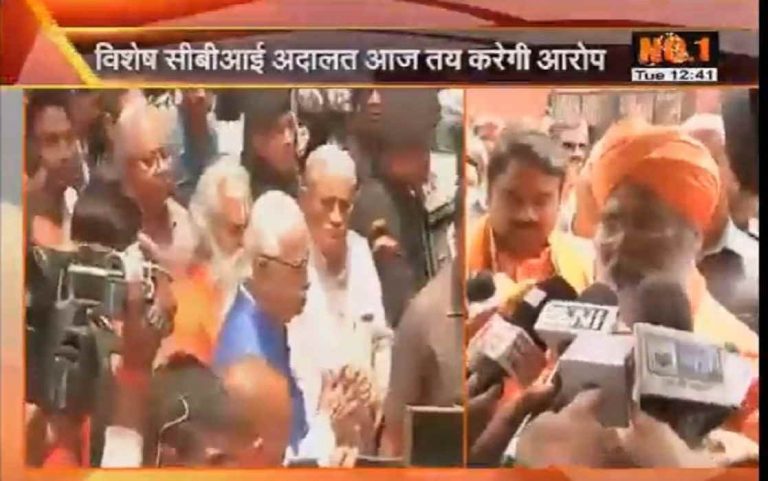 Former Deputy Prime Minister Lal Krishna Advani, BJP leader Murli Manohar Joshi and Union minister Uma Bharti and nine others appeared in front of the special court in Lucknow on May 30 as the 1992 Babri Masjid demolition case hearing started. All were given bail.

The top leaders also filed a discharge petition, appealing that no charges be framed against them. Pleading not guilty, the leaders told the special CBI court that they had no role in the demolition of the mosque.

The Supreme Court has decided that the leaders along with the others be on trial for conspiracy. The leaders said that since they had no role, they could not have conspired for the demolition.

Advani was seen to garner a lot of support, arriving at the court under heavy security. He looked unperturbed as he entered the court house with a lot supporters milling around outside. The veteran leader had been met earlier by UP chief minister Yogi Adityanath at the VVIP guesthouse.