“A question of seminal significance also arises whether the spectrum is a natural resource; the Government is holding the same as cestui que trust.” 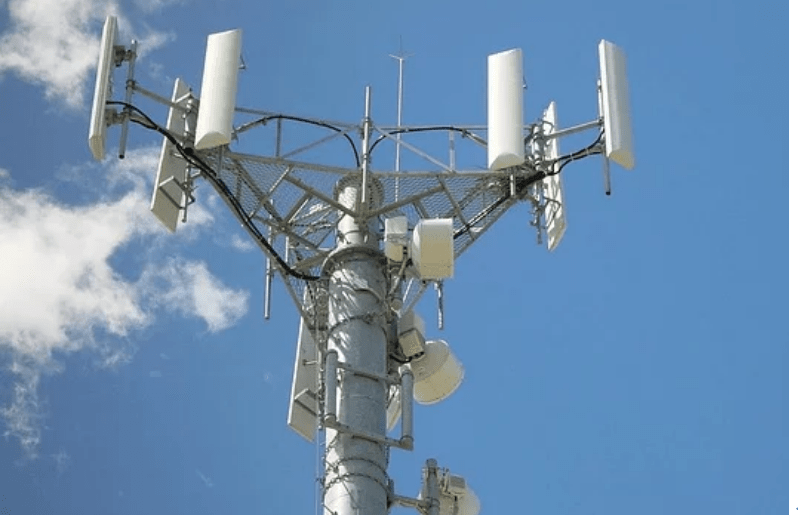 The National Company Law Appellate Tribunal on Tuesday answered the questions raised by the Supreme Court in a plea filed by Aircel regarding the selling of spectrum rights on a bunch of appeals preferred before it against the approval of resolution plan in respect of Aircel Ltd., Dishnet Wireless Ltd. and Aircel Cellular Ltd. passed by the adjudicating authority (NCLAT).

The bench of Justices Bansi Lal Bhat (Acting Chairperson), Anant Bijay Singh Member (Judicial) and Shreesha Merla (Member-Technical) decided to act on the questions raised by the court first before hearing the appeals against the NCLT order regarding the approval of insolvency plan of aforesaid three applicants.

The Apex Court had directed the NCLAT to answer the issues in Airtel AGR, Aircel’s plea that sought directions to the NCLAT to decide whether lenders can sell spectrum rights of Aircel Group under the ongoing IRP (insolvency resolution process) instead of NCLT while allowing Airtel, Vodafone-Idea and Tata Teleservices to pay their adjusted gross revenue (AGR) dues in 10 years, in the aforesaid order on September 1st last year

The questions raised by the Supreme Court said, “Whether TSPs can be said to be the owner based on the right to use the spectrum under licence granted to them? Whether a licence is a contractual arrangement? Whether ownership belongs to the Government of India? Whether spectrum being under contract can be subjected to proceedings under Section 18 of the Code… The question also arises whether the spectrum can be said to be in possession, which arises from ownership… Whether a licence can be transferred under the insolvency proceedings, particularly when the trading is subjected to clearance of dues by seller or buyer, as the case may be, as provided in Guideline Nos. 10 and 11; whereas in insolvency proceedings dues are wiped off.”

The apex court further asked to examine, “that when the government has declined the permission to trade and has not issued NOC for trading on the ground of non-fulfilment of the conditions as stipulated in the licence agreement, the spectrum can be subjected to resolution proceedings which will have the effect of wiping off the dues of the Government, which are more than Rs 40,000 crores…”

“In view of the fact that the licence contained an agreement between the licensor, licensee, and the lenders, whether on the basis of that, spectrum can be treated as a security interest and what is the mode of its enforcement. Whether the banks can enforce it in the proceedings under the Code or by the procedure as per the law of enforcement of security interest under the Securitisation and Reconstruction of Financial Assets and Enforcement of Securities Interest Act, 2002 (the SARFAESI Act) or under any other law,” the Supreme Court added.

“A question of seminal significance also arises whether the spectrum is a natural resource; the Government is holding the same as cestui que trust.”

The Tribunal summarized its findings as such,

“a) Spectrum is a natural resource and the Government is holding the same as cestui que trust.

b) Spectrum, being intangible asset of the Licensee/ TSPs/ TelCos/ Corporate Debtor, can be subjected to insolvency/liquidation proceedings.

c) Dues of Central Government/ DOT under the Licence fall within the ambit of Operational Dues under I&B Code.

e) As per Revenue Sharing Regime and the provisions of Indian Telegraph Act, 1885, the nature of dues payable to Licenser continues to be ‘Operational Dues’ which are payable primarily in terms of the Licence Agreement.

f) Natural resource would not be available to use without payment of requisite dues.

g) Triggering of Corporate Insolvency Resolution Proceedings under I&B Code by the Corporate Debtor with the object of wiping off of such dues, not being for insolvency resolution, but with malicious or fraudulent intention, would be impermissible.

i) Under Section 18 of the I&B Code, the Interim Resolution Professional is bound to monitor the assets of the Corporate Debtor and manage its operations, take control and custody of assets over which the Corporate Debtor has ownership rights including intangible assets which includes right to use spectrum.

j) Trading in intangible assets like use of spectrum derives strength from the terms and conditions of the Licence Agreement/ UASL, clause 6.3 whereof vests in Licensee a right to transfer or assign the Licence Agreement with prior written approval of the Licensor and subject to fulfillment of conditions which include payment of past dues in full till the date of transfer. On the other hand, Insolvency Proceedings arise out of default in discharge of financial or operational debt and are triggered for insolvency resolution of corporate persons, etc. in a time bound manner for maximization of value of assets of such persons.

k) While a licence can be transferred as an intangible asset of the Licensee /Corporate Debtor under Insolvency Proceedings in ordinary circumstances, however as the trading is subjected to clearance of dues by Seller or Buyer, as the case may be, the Transferor/Seller or Transferee/Buyer being in default, would not qualify for transfer of licence under the insolvency proceedings.

l) The spectrum cannot be utilized without payment of requisite dues which cannot be wiped off by triggering CIRP under I&B Code.

m) The defaulting Licensees/ TelCos cannot be permitted to wriggle out of their liabilities by resorting to triggering of CIRP by seeking initiation of CIRP under Section 10 of I&B Code, not for purposes of resolution but fraudulently and with malicious intent of withholding the huge arrears payable to Government, obtaining moratorium to abort Government’s move to suspend, revoke or terminate the Licences and in the event of a Resolution Plan being approved, subjecting the Central Government to be contended with the peanuts offered to it as ‘Operational Creditor’ within the ambit of distribution mechanism contemplated under Section 53 of I&B Code.

n) Having regard to Clause 3.4 and 3.5 of the Tripartite Agreement according priority/ first charge to DOT, the spectrum cannot be treated as a security interest by the Lenders. In view of this finding, we need not consider the mode of Enforcement of security interest.”