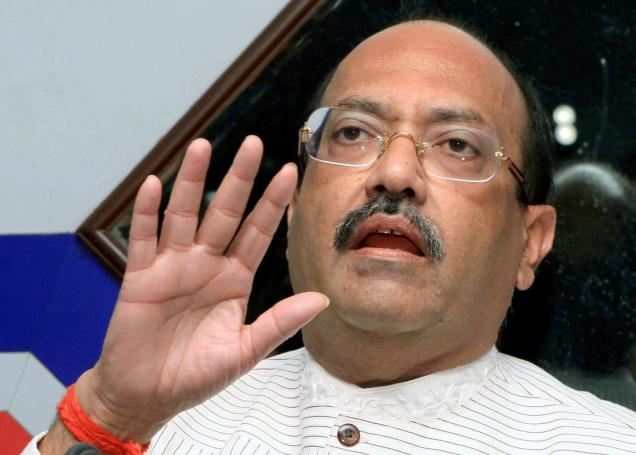 New Delhi, Aug 1: Controversial politician and Rajya Sabha MP Amar Singh is no more. According to information reaching here, Singh, who had been under treatment for several months in a Singapore hospital, is survived by wife Pankaja and twin daughters.

Singh had been ailing for a long time, especially dealing with debilitating renal failure issues from 2013. He was then in Dubai. He had, however, recovered and had returned to politics in India. He was active in 2016 and had proved his resilience by reacting jokingly to rumours about his death. “Tiger Zinda Hai”, he had been quoted as saying.

However, condition of the former Samajwadi Party leader never really returned to normal.

Today condolences poured in as the news spread. BJP veteran Shahnawaz Hussain said: “No matter which party he belonged to, he had good relations with everybody”. Rajasthan Governor Kalraj Mishra said: “We had very close relations. This is a personal loss for me.”