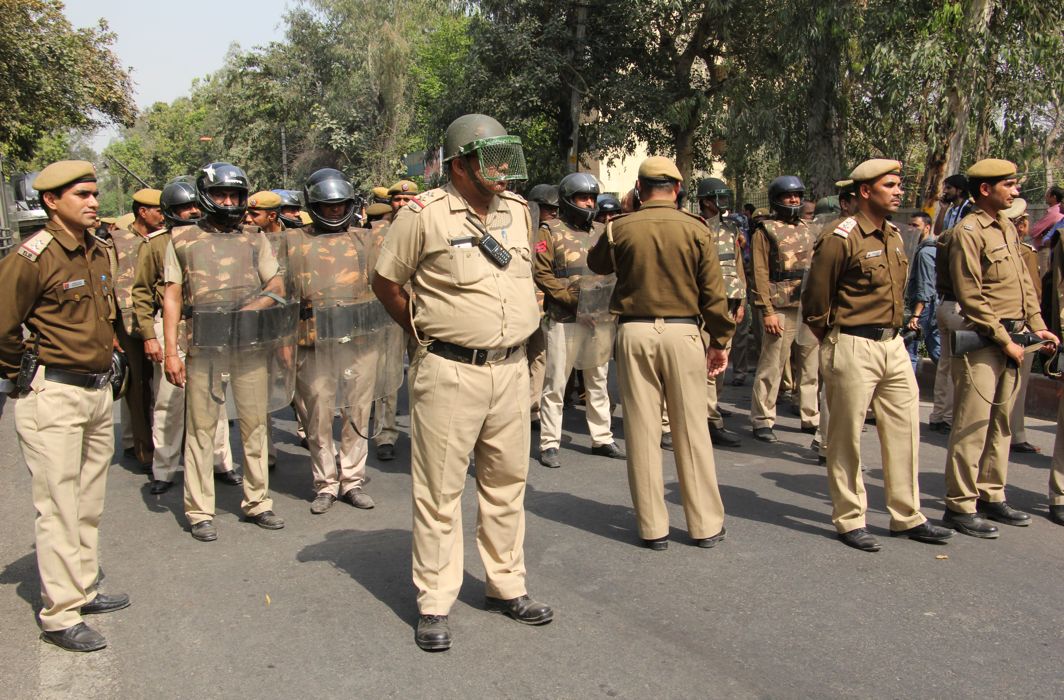 As the verdict in the much-awaited Ayodhya case was delivered today by the five-judge Constitution bench of the Supreme Court amid appeals to maintain peace, Home Minister Amit Shah met with National Security Advisor Ajit Doval and Director of the Intelligence Bureau Arvind Kumar at his residence.

The Home Minister reviewed the security situation in the country as the Supreme Court began delivering its judgment on the Ram Janmabhoomi-Babri Masjid title suit. Shah spoke to the chief ministers to take stock of the situation in their states and asked them to ensure that police and the administration remain alert and no untoward incident takes place.

The Supreme Court has delivered a historic verdict in the Ayodhya case – the disputed land has been given to a government-run trust for a temple and alternate land in the city will be allotted for the construction of a mosque. The unanimous judgment came after decades of legal tussle over a piece of land in Ayodhya where the 16th century Babri masjid stood before it was brought down in 1992 by right-wing activists who claimed it to be the birthplace of Lord Ram.

While political leaders have welcomed the decision and appealed for calm, the All India Muslim Personal Law Board is contemplating filing a review petition. “The judgment is against our expectations. We presented solid evidence to prove our stance. Our legal committee will review the judgment. We have sincerely tried to fulfill our responsibility to restore the demolished,” the boards Twitter handle said.

The Sunni Waqf Board also said they “respect the judgement, but are not satisfied”. “The Ayodhya verdict holds no value for us. We are dissatisfied with the verdict. It has a lot of contradictions. We will seek a review,” the Sunni Waqf board’s lawyer Zafaryab Jilani said.

However, activists, leaders across party lines have appealed to all to maintain peace and calm.

Even as high-decibel debates are ruling the news channels, the situation so far has been peaceful. Elaborate security arrangements are in place across the country. All states and union territories have enhanced the security cover. Additional forces have been deployed in sensitive areas. All jails have been put on high alert. Necessary arrangements have been made to ensure safety and security of religious places.

The Centre has rushed in 4,000 paramilitary personnel and 30 bomb squads in Ayodhya. Section 144 of CrPC, which prohibits gathering of more than four people, has been imposed across Uttar Pradesh, Jammu and Kashmir and Goa. The prohibitory orders will also be in effect in Madhya Pradesh’s Bhopal, some parts of Karnataka and Rajasthan.

The security outside the residences of the five judges on the Constitution Bench that delivered the judgement was also increased in Delhi. Chief Justice Ranjan Gogoi’s security has been upgraded to Z-plus. Security has also been tightened in and around the Supreme Court.

All liquor shops will be closed across Uttar Pradesh on November 9 and 10 in view of the Ayodhya verdict. A liquor ban is also in place in Bengaluru and across Jammu and Kashmir for Saturday. The state police bodies have been closely monitoring social media networks for any objectionable post and to avoid spread of rumours or inflammatory content.

Delhi and Mumbai Police have also beefed up security and patrolling in communally sensitive areas. Apart from the 40,000 strong Mumbai Police, RCP (Riot Control Police), law and order reserves, special forces have also been deployed at strategic locations. Over 5,000 cameras are keeping a strict vigil in Mumbai.

Did you find apk for android? You can find new Free Android Games and apps.
Share
Facebook
Twitter
Pinterest
WhatsApp
Previous articleAyodhya Verdict: How the land slipped from Sunni Waqf Board’s hands
Next articleFull Text: Part A of Ayodhya Judgement