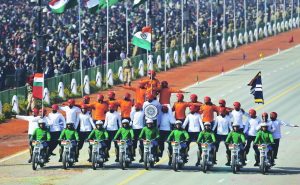 There is now confirmation that the Prime Minister will be staging another spectacular news and photo op on Republic Day by inviting the heads of state of all ASEAN nations. It’s not just the optics, the PM will use the opportunity to meet the 10 leaders collectively and individually in an effort to build a consensus on how to tackle China—almost all ASEAN countries have issues with Beijing’s expansionism. India already has a strategic partnership with ASEAN, signed in 2012, and External Affairs Minister Sushma Swaraj has been sounding out ASEAN leaders during annual meetings of the group. New Delhi has upped military ties with countries like Vietnam and Myanmar. The ASEAN group comprises Indonesia, Singapore, the Philippines, Malaysia, Brunei, Thailand, Cambodia, Lao People’s Democratic Republic (Laos), Myanmar and Vietnam. India is also staging a summit to commemorate 25 years of New Delhi’s partnership with ASEAN sometime early next year. However, some leaders are still to confirm their attendance at the Republic Day parade, so the MEA is keeping fingers crossed. 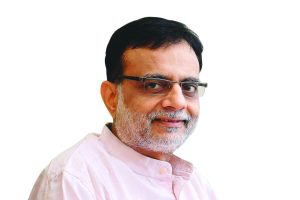 He was seen quite often on television or giving interviews to newspapers but, of late, Revenue Secretary Hasmukh Adhia has mysteriously vanished and is not to be seen or heard. Even his office is locked. Rajiv Kumar, secretary, Department of Financial Services (DFS), has been doing double duty and handling Adhia’s workload for the past week or so. The official response is that Adhia has taken leave but the fact that he went missing two days after he made a statement, on October 22, saying that the GST rate structure needed “a complete overhaul’’ suggests there may be more to his disappearance than meets the eye.

Adhia was also noticeably absent at last week’s feel-good Finance Ministry presser. It was handled by FM Jaitley who made the heady announcement that India had risen 30 notches in the World Bank’s annual  “ease-of-doing-business” rating. Whether or not this ranking reflects the ground reality of rising unemployment, a crash in new private investment, and the relentless paperwork and red tape caused by GST, is another matter. The message from the Maximum Leader to his ministries is to paint the economy in glowing colours at every possible opportunity to control the political damage from the slowing economy. No nay-sayers. Keep the denial-mode button pressed. 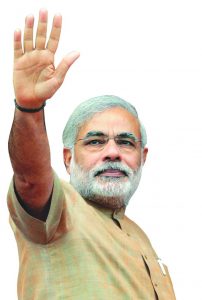 The PM’s habit of claiming credit for UPA-origin schemes is getting embarrassing. In the latest instance, he claimed that his government had started the Direct Benefit Transfer scheme. On October 29, he tweeted: “We started direct benefit transfer scheme. This resulted in money reaching to its rightful owner. We successfully eliminated middlemen.” The truth is that the DBT scheme was announced in the Union Budget of India in February 2013 and the PIB press release on that day read: “The Government of India has decided to introduce a Direct Benefit Transfer (DBT) scheme with effect from 1 January, 2013. To begin with, benefits under 26 schemes will directly be transferred into the bank accounts of beneficiaries in 43 identified districts across respective states and union territories (UT).”