The BJP MP from Arunachal Pradesh East has written a letter to Jitendra Singh, Minister of State in the Ministry of Personnel, Public Grievances and Pensions, demanding relaxation in height for the candidates of Arunachal Pradesh 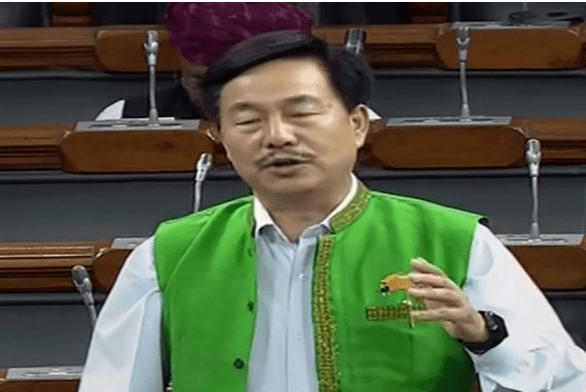 Gao said that like other eligible communities, candidates from Arunachal Pradesh should also be given relaxation in the minimum height.

The BJP MP from Arunachal Pradesh East has written a letter to Jitendra Singh, Minister of State in the Ministry of Personnel, Public Grievances and Pensions, demanding relaxation in height for the candidates of Arunachal Pradesh.

A candidate from Arunachal Pradesh could not get selected due to height, despite getting the second position in the provisional list of IPS officers. The matter has now gained momentum.

Ojing Dameng of Upper Siang district of Arunachal Pradesh has been ranked second in the provisional list of IPS officers in the Scheduled Tribe category in the Union Public Service Commission examination.

But during the medical examination, Dameng was found ineligible for IPS as his height is 162.5 cm, while the minimum height for male candidates for IPS is 165 cm. Dameng stayed away from becoming an IPS because of being less than 2.5 cm in height.

The dream of a doctor from Arunachal Pradesh becoming an IPS officer could not be fulfilled because his height was 2.5 cm less than the minimum height.

Gao said the minimum height in IPS for men and women coming from Gorkha community, Assam, Kumaon, Nagaland has been kept at 160 cm and 145 cm, respectively. Similarly, relaxation in minimum height should also be given to men and women of Arunachal Pradesh, urged the MP

Did you find apk for android? You can find new Free Android Games and apps.
Share
Facebook
Twitter
Pinterest
WhatsApp
Previous articleNarada sting case: Calcutta High Court tells SG Tushar Mehta that a solitary incident cannot be ground for transfer
Next articleNHRC to hear complaint against assault of doctor, other staff in Assam