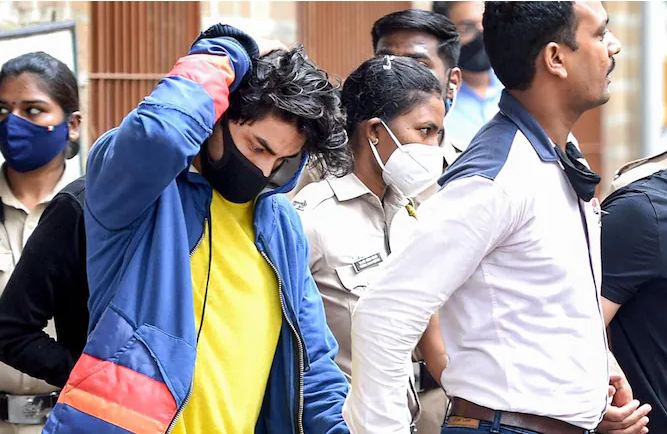 Aryan Khan was released two days after the Bombay High Court granted him bail in the case. He had been granted bail on Thursday but had spent two more nights in jail as his bail papers missed the deadline.

The city NDPS Court also granted bail to alleged drug peddler Aachit Kumar and 6 others arrested in a drugs case, in which Bollywood actor Shah Rukh Khan’s son Aryan Khan is one of the accused.

Aryan Khan has been released on bail with 14 conditions. If he violates any of them, then the NCB is entitled to apply for cancellation of bail straightaway. The bail conditions by the high court apply to 2 others accused Aryan’s friend Arbaaz Merchant and Munmun Dhamecha, who got bail along with Khan.

Shah Rukh’s personal bodyguard Ravi Singh received the 23-year-old man outside the jail premises at 11.02 am. Aryan reached home Mannat in suburban Bandra shortly after 11.30 am.

SRK fans thronged the residence in large numbers outside celebrating Aryan Khan’s bail with music, dance and firecrackers. Aryan’s release was deferred by a day as the court order after surety from actor Juhi Chawla did not reach the prison by the 5:30 PM deadline on Friday.

Aryan was previously denied bail twice by a Mumbai magistrate court and the NDPS court in the drugs case.