Baba Ramdev’s yoga act on elephant draws lawyers’ notice, saying it was an act of cruelty to the animal 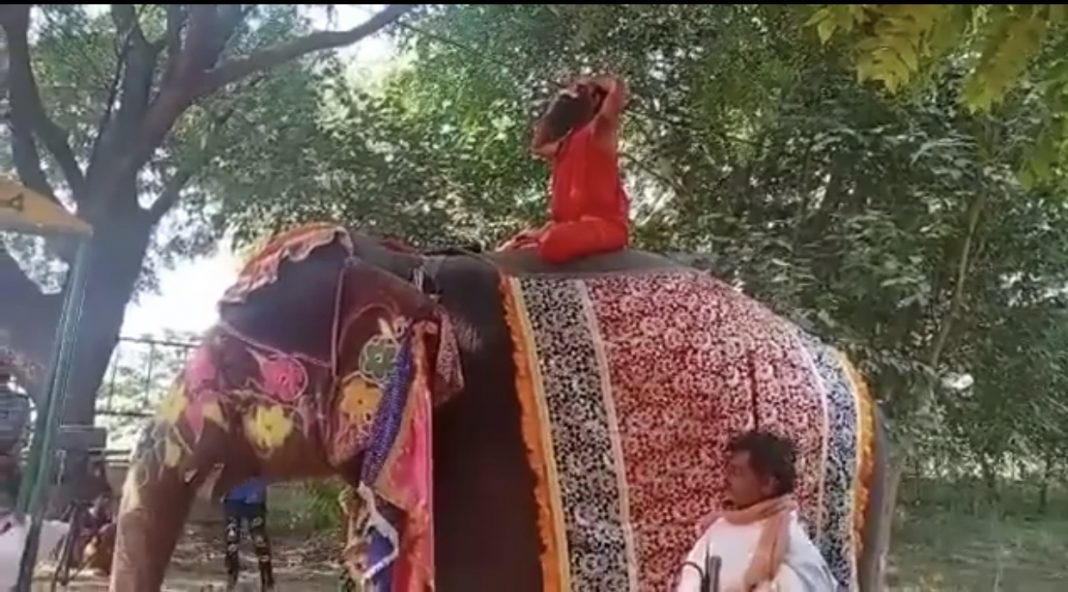 New Delhi (ILNS): A lawyer’s notice has been sent to yoga guru Baba Ramdev and the Director of Elephant Rescue Center Churmura (Mathura) by advocates of Agra district for an act of cruelty against an elephant on which the Baba was trying a yoga posture. The Baba fell down during his act and has been reportedly hurt, but the notice was for the well-being of the elephant.

Advocates Narendra Sharma, SP Bhardwaj, Gagan Sharma, Rajveer Singh and Rakhi Chauhan have sent this notice jointly, considering the act as cruelty against the animal under the Wildlife Protection Act.

The lawyers said that millions of people follow the yoga practices of yoga guru Ramdev, the founder of the Pantjali Yoga Peeth. The yoga guru has violated the Wildlife Protection Act by doing yoga on a creature that has place as a symbol of speech and religion.

The government prohibits the use and demonstration of organisms/animals kept in the special category (and exploitation) for commercial activity. There is a provision for punishment and fine on the violation. The director of Elephant Rescue Center Churmura has also not discharged his duties. Animal cruelty has been promoted, which is a dangerous message for wildlife and society.

The notice warns against taking legal action if there is no proper reply within seven days.