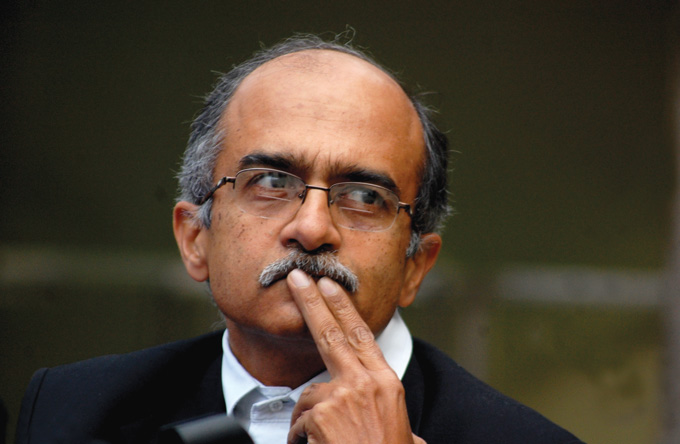 The recent remarks by advocate Prashant Bhushan on the Supreme Court and its judges. have made the Bar Council of India (BCI) come down heavily on him.

Advocate Prashant Bhushan had raised issue on the post-retirement appointment of the judges. The BCI mentioned that the criticism was wrong as under various statutes, there are certain posts which can be assigned only to the retired judges.

The Press Release stated that the “Bar Councils have always been raising the issue, but, in respectful manner before the appropriate forum. Maligning the image of our judges or the institution for these matters is quite improper and unjustified”.

In a webinar organized by the Indian American Muslim Council (IAMC) on August 10, Prashant Bhushan criticized the Supreme Court Bhushan,citing the recent decisions of Zakia Jafri, Himanshu Kumar and Prevention of money Laundering where the Apex court had virtually failed to undertake its role as the guardian of civil liberties and fundamental rights of the people in India.

While on seminar, Bhushan also passed critical remarks against the former judges of the Supreme Court. Starting with naming the former Chief Justice of India Ranjan Gogoi, Bhushan said,it was after the Ayodhya and Rafale judgments before his retirement that made him a member of the Rajya Sabha.

Supreme Court judge Justice Arun Mishra was also mentioned by Bhushan stating that immediately after the retirement, the judge was made the chairman of the National Human Rights Commission (NHRC) and also was permitted to retain his official bunglow for 9 months ahead of stipulated time period.

The Bar Council of India in a press release said that the utterances by Bhushan are not only ridiculous “but are reprehensible and a tirade against the nation.

The Press Release says”Persons like Mr. Bhushan have never been the Champions of Civil Liberties, rather, by doing such nonsense acts, they succeed in giving message to the world that they are anti-Indians. In fact, such people are misusing the fundamental rights of freedom of speech and expression. We cannot imagine existence of such people like Prashant in countries like China and Russia,”

The Council stands with the view that till the time sanctity and authority of a judicial system in not maintained ,the Bar cannot be strong.A strong bar is a fearless and independent judiciary.

The Bar body said that “No one has the authority to ridicule the Supreme Court of India, its Judges or the Judiciary. You cannot make mockery of the system, as the citizen of India more so, so long as you are an advocate, or else be ready to face the consequences. You can criticize anyone, but, you cannot cross the Laxman Rekha, always mind your language. The licence to practice does not empower you misuse your position as a lawyer.

The Bar council is in the view that although the Supreme Court usually hesitates in initiating contempt proceedings against Bhushan, however, the Bar Councils will not tolerate such nuisance by an advocate.

The Bar Council clearly said that “You cannot make mockery of the system, as the citizen of India more so, as you are an Advocate, or else be ready to face the consequences. You can criticize anyone, but, you cannot cross the Laxman Rekha

Did you find apk for android? You can find new Free Android Games and apps.
Share
Facebook
Twitter
Pinterest
WhatsApp
Previous articleSalman Rushdie attack: Witness says it took 5 men to pull away attacker, he was still stabbing
Next articlePatna HC drops proceedings against judge who cleared POCSO case in 1 day