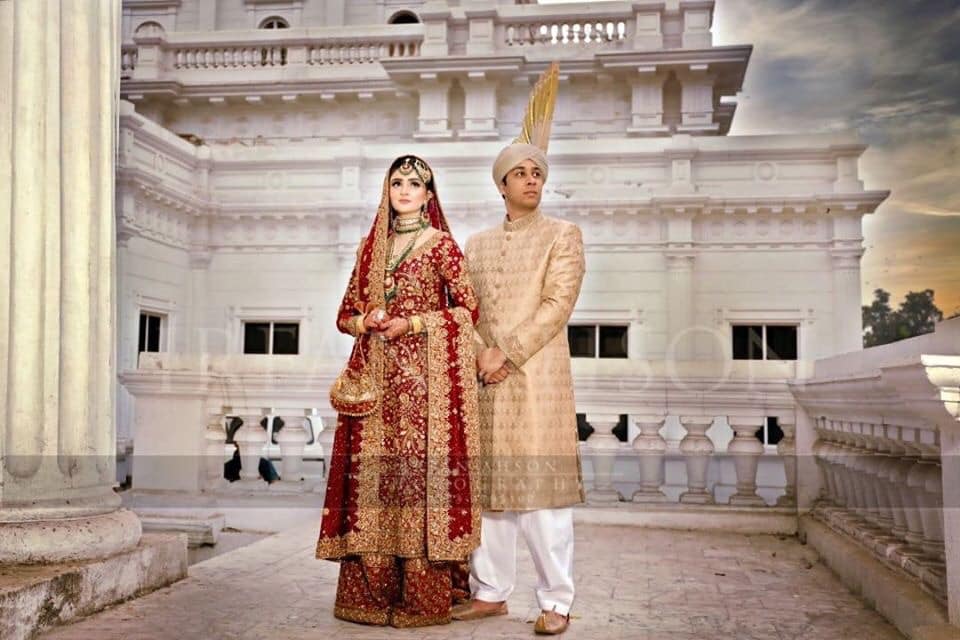 Close on the heels of the controversy over hiring an Indian events management firm for the opening ceremony of the Pakistan Super League (PSL), another storm with the ‘Indian connection’ has hit the Pakistani social media.

This time it is the extravagant and opulent wedding of the son of former Pakistan chief justice Saqib Nisar.  Twitterati and YouTube channels went wild when pictures and videos of the wedding of Nisar’s son Najam with Rida Shehram, the daughter of Justice Shehram Sarwar of the Lahore High Court Judge, started appearing on social media.

Money splashed on lavish wedding raised eyebrows about the source of income of the former chief justice.  It was reported that Rs 10 crore was spent on a string of events including a qawali, mehndi, baraat and valima (reception), making it the most expensive wedding in Pakistan.

The reports suggested that the wedding dress of the bride was custom-made by the famous  Indian designer, Anita Dongre, estimated to be worth Rs 1.5 crore. The wedding, which was attended by 11 judges of the supreme court, flouted the ‘one dish’  and 10 pm law. In 2016, the Punjab government had passed a law aimed at discouraging ostentatious marriage functions.  The Punjab Marriage Functions Act 2016 banned serving of more than one dish and display of fireworks and made it binding that all wedding functions should be concluded before 10 pm.

Prominent Pakistan journalist Talat Hussain in his YouTube broadcast ‘Let’s build Dam(n) fools’ said justice Nisar while dealing with cases used to be very particular about ‘source of income’ and ‘money trail’. He said Justice Nisar used to even ask journalists about their salary and which car they’re driving. Justice Nisar became highly controversial when showing concern for water shortage in Pakistan, he ordered the government to set up a crowdfunding account with the donations to be used to finance the construction of the Diamer-Bhasha and Mohmand dams in northern Pakistan. Experts criticised the move saying that it was not a judge’s job to seek donations for a public project.

Hussain says people are bound to raise questions about the money spent on the marriage and now it’s time for justice Nisar to answer these questions according to benchmark he had established as chief justice.

Meanwhile,  the Lahore High Court has directed the Federal Investigation Agency to hold an inquiry into the leak of Nisar’s son’s wedding pictures with malicious intent and find out the culprits. The issue came up during the hearing of a petition seeking directions to the government to regulate social media. The petitioner-lawyer Azhar Siddique complained to the court that there had been a targeted vilification campaign on social media against the former chief justice and the dam fund established by the Supreme Court of Pakistan.