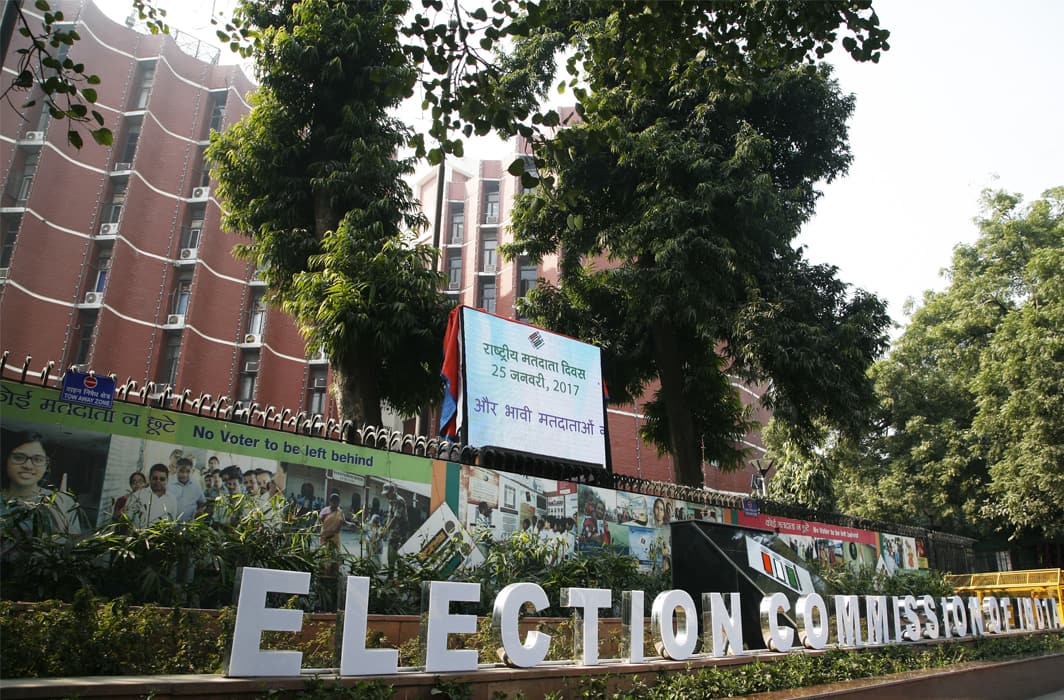 New Delhi (ILNS): By-polls to the 28 assembly constituencies in Madhya Pradesh were held today. Two incidents of violence were reported, overall the polls were conducted peacefully. As per the Election Commission of India (ECI), a total of 56.79% voters exercised their franchise till 3 pm today. The by-polls are crucial for both BJP and the Congress party as Congress will need to bag all the 28 seats to get a clear majority in the state, which seems unlikely, whereas, the ruling BJP needs only nine seats to reach the magic figure of 116 for a simple majority.

The by-poll results will be declared on November 10, the same day when Bihar State Assembly results will be announced. Congressman-turned-BJP leader Jyotiraditya Scindia is in the poll arena on a BJP ticket. Of the 28 Assembly constituencies going to by-elections in MP, 16 fall in the Gwalior-Chambal region. The Gwalior-Chambal area is considered to be a stronghold of both Scindia and senior Congress leader Digvijaya Singh, both of whom are from erstwhile royal families of the region.

The by-elections in Madhya Pradesh were necessitated after 22 MLAs of the erstwhile Congress government switched over to the BJP in March 2020, leading to the fall of Kamal Naths 15-month-old government. Three other Congress MLAs followed the lead of Scindia and his supporters and joined the BJP. Besides, another three seats in the Assembly are vacant due to the deaths of incumbent MLAs.

A total of 355 candidates, including 12 ministers, were in the fray for the by-polls. Political analysts believe that in most of the seats, there is a direct fight between the BJP and Congress, while in two or three seats of Gwalior Chambal region, a triangular contest is on the cards given the BSP’s presence there. In these ongoing assembly by-elections, the political ambitions of four senior national leaders are at stake, namely- Kamal Nath, Jyotiraditya Scindia, Shivraj Singh Chouhan, and Narendra Singh Tomar from BJP.

Meanwhile, till 5 pm today there was 46.78% percent voting reported in the Bihar assembly elections. This makes the voting rate in MP better.