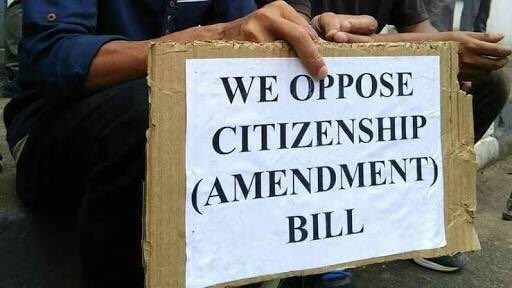 Five state governments ruled by non-BJP parties — Punjab, West Bengal, Kerala, Chhattisgarh, and Madhya Pradesh — have assured people they will not implement the Citizenship Amendment Act, 2019, saying “the ruling BJP at the Centre is undermining the secular and democratic foundations of the country”.

“The states have no power to refuse implementation of the central law as the power to legislate on the matter lies solely with the Central government,” stated Home Ministry on Friday.

The Act seeks to provide Indian citizenship to religiously persecuted Hindus, Parsis, Christians, Buddhists, Jains and Sikhs from Pakistan, Bangladesh and Afghanistan, with a cut-off date of their entry into India on December 31, 2014. Muslims have been excluded from the ambit of the law.

As soon as the Rajya Sabha passed the Bill on Wednesday, Kerala Chief Minister Pinarayi Vijayan announced that his government will not implement the amended Citizenship Act. He said the BJP and the Sangh Parivar have used the party’s majority in Parliament to uproot the bedrock of the Constitution.

Punjab Chief Minister Amarinder Singh also said the Act is “unconstitutional and unethical” and his government won’t allow division of people on religious lines through this Act.

Can a state government oppose a central legislation like the Citizenship Act? What is the extent to which it can oppose its implementation?

To get to the answers to these two fundamental questions, we must understand the basic framework of the Constitution and the distribution of legislative powers between the Union and the state.

The Union Parliament has exclusive authority to frame laws on subjects enumerated in the list. These include foreign affairs, defence, armed forces, communications, posts and telegraph, foreign trade, etc.

The State List consists of 61 subjects on which ordinarily the states alone can make laws. These include public order, police, administration of justice, prison, local governments, agriculture, etc.

The Concurrent List comprises 52 items, including criminal and civil procedure, marriage and divorce, economic and special planning trade unions, electricity, newspapers, books, education, population control, and family planning, etc. Both the Parliament and the State legislatures can make laws on subjects given in the Concurrent List.

For any law to be implemented, rules and bye-laws are required. The Parliament while drafting a law, just draws the broad contours of the legislation. The Parliament neither has the time nor the technical understanding to foresee the difficulties which may arise in the execution of the law or to meet certain emergency contingencies that necessitate special measures.

Hence, Parliament grants such powers to the executive to supplement the parent Act. This power of delegating the power to legislate to the lower authority is called as subordinate legislation or delegated legislation in the legal parlance.

The Subordinate legislation can only be framed under a central or state Act if the Act gives rule-making power to the government.

The powers and the extent to which delegated legislation can be made so as not to vitiate the objective and legislative intent of the legislature is provided in the parent Act. After the rules are published, the Parliament is required to scrutinize them within a stipulated time. However, being an important component in law-making, it is not given adequate attention by the Parliament.

The matter of citizenship, naturalization, and aliens are contained in the entry 17 of Union list under the Seventh Schedule. This gives exclusive power to the Parliament to legislate and the Union executive to frame the subordinate or delegated legislation. The states except for accepting the law in the current form as passed by the Parliament, have no other choice.

Anticipating widespread resistance from citizens and the opposition-ruled states, the Modi government has inserted a new section (Section 6B) in the parent Citizenship Amendment Act, 2019.

Sub-section 1 of Section 6B provides:

“The Central Government or an authority specified by it in this behalf may, subject to such conditions, restrictions, and manner as may be prescribed, on an application made in this behalf, grant a certificate of registration or certificate of naturalization to a person referred to in the proviso to clause (b) of sub-section (1) of section 2.”

Though the Citizenship Act, 1955, allows the Union to frame rule, still the Modi government to circumvent whatever little resistance it may face from the state governments and cement its powers, may amend the rules and remove the district collector as the designated authority to process the applications. So in order to completely eliminate the role of the state government, the central government may establish altogether a new authority to work on its behalf.

Hence, if the Modi government decides to remove the state government’s authority to implement the directives of the Act, the states will virtually have no option to exercise their choice.